In the opening paragraph of A Tale of Two Cities, Charles Dickens writes, “It was the best of times, it was the worst of times…” That was over 100 years ago and, although this particular piece of literature, which took place on the streets of London and Paris, referenced the wide chasm between the peasants and aristocrats during the French Revolution, one has to reflect on how applicable the opening lines are in our modern day living.

We live in a world filled with chaos and confusion. Within the storm systems of hurricanes, tsunamis, drought and earthquake devastation our economy hangs precariously on the edge of a cliff like a Humpty Dumpty tale.

Duggan is the spark that set the inferno

Our youth are lost and in despair. In this month alone violent riots took place in major cities across England, including London, Bristol, Liverpool and Medway. It may have stemmed from the incident in which a 29 year old man, Mark Duggan, was killed by police during an arrest, but it revealed a much greater societal wound-that of the ever widening gap between those who have and those who have not.

Duggan, an alleged crack cocaine dealer, was reported to have fired the first shot, causing a reaction from the authorities. However, on investigation by the IPCC, (Independent Police Complaints Commission), it appears that the bullets that were recovered were not from Duggan’s handgun. One can only assume that in the frenzy of the arrest the officers involved were unmindful that this was a human being first, not just a wanted gang member.

Similarities to Rodney King Riots in 1992

The London riots are similar to the riots in April of 1992, in the United States, when four Los Angeles police officers were acquitted for their alleged beating of resident Rodney King. In a video tape taken by a bystander there is clear footage of the over use of violence from the L.A. P.D. and this blatant disregard for justice outraged the community.

In both of these cases there were attempts to wait for proper justice to be served, but there was a blind eye and deaf ear shown for the victim and family members. The result was an explosion of outrage and violence that literally became an inferno. A mob within the community took matters into their own hands.

Riots, including widespread arson, brought property damage, injury and deaths in the 2011, London mayhem, totaled five civilian deaths and over 100 injured officers, along with several injured citizens; while in L.A., California, the 1992 riots ended with over 2,000 injured people and over 7,000 set fires. Estimated property damage in the U.S. riots was approximately 1 billion dollars.

Like any multilayered system the cause of the riots is not solely from the incident between police officers acting inhumanely and their victim, but it becomes the proverbial ‘last straw’ in a time that is already heavy with discontent. Social analysts who have reviewed the riots have speculated that a combination of gang mentality/opportunity, unemployment, poverty, and the obvious insensitivity and injustice for the victim, are all contributing factors for the volcanic eruption.

No matter what the reasons cited, the ever widening socio-economic gap between the rich and the poor spilled into the streets. And, no matter what country riots of the poor occur, it is a protest out of frustration and hopelessness.

After three days and two nights of burning, looting and beatings in cities across England, irreparable damage has been done to historical buildings and businesses, as well as the relationship between the police, who were supposed to act as protection, and the community. You cannot get back what has been destroyed.

Two decades and an ocean separate the countries of England and the United States yet the problems that came from an over reaction of police during the arrests of Rodney King and Mark Duggan are similar in many ways. Like a match thrown on kindling, the poor judgement and extensive force from the police resulted in riots that lasted for several days. The end result is property damage and the destruction of lives and buildings, which will never be replaced.

Unemployment, poverty, frustration, hopelessness, despair...whatever the reasons are the two videos could just as well be one. It makes one stop and ask, "have we learned anything from the past?"

Do you think there are similarities between the riots of 1992 in the U.S. and the London riots of 2011? 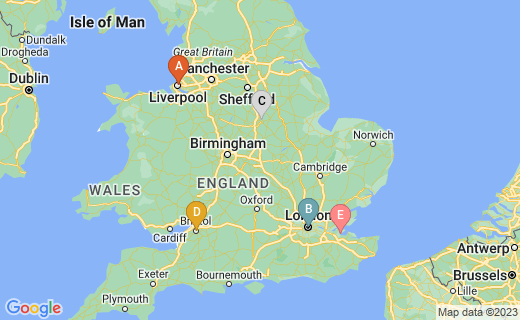