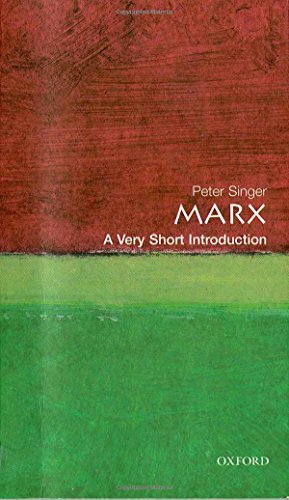 Communism, as described by Karl Marx in The Communist Manifesto, is a combination of social, political, and economic philosophies in which wealth is evenly distributed and class divisions are abolished. While most Americans shutter at the mere mention of communism, many would be surprised to learn the true principles behind it. Few Americans realize the extent of communist traits in our own government today, many of which are taken for granted. Despite having a bad reputation, communism stands on very valid ideas, and its influences are widespread in the modern American government.

Marx’s main concern when developing his form of communism is equality. He seeks to destroy the boundaries between social classes because he believes that under capitalism, the poor laborers are not given a chance to advance; they are simply kept at poverty level through minimum wage: “The minimum wage… is absolutely requisite to keep the labourer in bare existence as a labourer. What, therefore, the wage-labourer appropriated by means of his labour, merely suffices to prolong and reproduce a bare existence” (Marx 68-69). It becomes difficult for one to escape the downward spiral of poverty in a capitalistic system. However, under communism, private property is abolished while work and wealth are shared equally among all, allowing everyone to live free from the burdens of poverty: “In Communist society, accumulated labour is but a means to widen, to enrich, to promote the existence of the labourer” (Marx 69). According to Marx, under communism, increasing the wealth of the nation increases the standard of living for all citizens, rather than just a select few. By sharing the wealth, everyone will have access to amenities such as safe, well paying jobs; public education; communication; and transportation (Marx 74-75). In this way, the standard of living will increase, while political power and oppression of certain groups will cease. The result will be a happier, well educated, sharing nation.

Several aspects of Marx’s communism are easily visible in America today, although they are seldom referred to as “communist” because of the negative connotation that many American’s associate with the word. Several examples taken directly from The Communist Manifesto include the centralized banking system, the U.S. Postal Service, public education, and a graduated income tax. While all of these programs arguably have flaws, they are necessary to the way the United States government, social, and economic systems are run. One of the main differences between modern America and Marx’s communism is that while there are socialized versions of some services, many of those also have privately owned alternatives, such as U.P.S. and private education. While Americans rarely put up much of a fight about the socialized programs in currently place, many show strong resistance against further socializing programs such as health care and increasing the graduated income tax. One possible explanation for this is that people do not realize the dismal situations faced by fellow citizens who live below the poverty line, an ignorance which Marx predicted: “You are horrified at our intending to do away with private property. But in your existing society, private property is already done away with for nine-tenths of the population; its existence for the few is solely due to its non-existence in the hands of those nine-tenths” (Marx 69). If Marx were around today, he would encourage Americans to see the suffering of their those less fortunate around them and realize that no matter how hard they work, it is nearly impossible to overcome poverty without a little help from either the government or the generosity of other citizens. It all comes down to the question, “Which is more valuable: private property or the well being of fellow humans?” It is my hope that no American would knowingly choose the former.