Mesothelioma is a cancerous disease contracted during unprotected exposure to asbestos fibres. It can take up to 40 or 50 years before the victim shows any signs of the disease as mesothelioma has a very long latency period.

Who is at Risk of Contracting Mesothelioma?

People who were or are still employed in either asbestos mines or manufacturing plants where asbestos was or is inhaled are at risk of contracting this disease. Unfortunately these are not the only people at risk.

Both the symptoms and treatment for mesothelioma are the same as for lung cancer.

Any unprotected exposure to asbestos whether it is whilst washing clothing that ihas been contaminated with asbestos fibres or exposure whilst having your house renovated (if the building materials originally used contained asbestos) can cause you to contract this fatal disease.

So Many Questions About Mesothelioma

Although the symptoms and the treatment for pleural mesothelioma is the same as those for lung cancer there is one very distinct difference between the two diseases. Mesothelioma is preventable.

I had to find the answers to these questions and so I started researching the history of asbestos and came up with some horrifying answers.

• Why is mesothelioma reaching the headlines on such a regular basis?

There have been many lawsuits against the mining companies by ex-employees who contracted the disease and these are reported by the media in a bid to make other victims aware of their legal rights.

If mesothelioma is an avoidable disease why have so many people contracted the disease?

Despite the fact that the medical world had documented findings of a distinct connection between lung cancer, asbestosis and the excessive exposure to asbestos as far back as 1906 the mining companies refrained from becoming pro-active and preferred to ignore these findings.

Due to the long latency period of mesothelioma it took longer to rear its ugly head. However in 1959 three medical researchers from South Africa submitted a medical report containing findings that connected mesothelioma to asbestos exposure to a prestigious British medical journal.

The asbestos mining industry reacted by attacking the medical report and blocked it from being published in the media. No medical research on the connection between asbestos and mesothelioma was undertaken during the following twenty years in South Africa and for the mining companies it was business as usual.

During the earlier days of asbestos mining the safety levels were not adhered to and for many of the owners profits weighed heavier than the safety of their employees.

• Why is the highest incidence of mesothelioma being reported in my home country, South Africa?

Although South Africa was never considered a minor producer of asbestos it should never have reached the number one spot for mesothelioma. What went wrong?

One of the contributing factors to the higher incidence of mesothelioma in South Africa is the type of asbestos that was being mined.

There are three types of asbestos, Chrysotile (white asbestos) Amosite (brown asbestos) and Crocidolite (blue asbestos). Of these amosite has been found to be the most lethal. Although South Africa mined all three the fact that amosite was mined extensively would have a bearing on the number of people who contracted asbestos related disorders.

Asbestos took the world by storm and its growing popularity attracted foreign companies to invest in South Africa. Labour was cheap (about 10% of that in Canada according to an article in the Financial Post on 8 January 1931) as the workforce consisted mainly of illiterate black and coloured workers who were willing to work in appalling conditions.

A British company Cape PLC owned the asbestos mines in South Africa from 1879 until they sold their interests to Gencor in 1981. Despite the fact that British asbestos mines were subject to strict safety regulations as far back as 1931 Cape PLC did not implement any of these safety precautions in its mining operations in South Africa.

A clear indication of just how unsafe the working conditions were and the extent to which the workers were exposed to asbestos fibres can be found in both newspaper articles and books on this subject.

In the book “South Africa's Changing Environment” by James Clarke, David Holt-Biddle, Julie Havemann it is stated that at Penge, one of the asbestos mines owned by Cape Plc , the airborne fibre count in 1960 was a staggering 62fibre per milligram, this was reduced to a still unacceptable 45fibres per mg by 1977 and was only reduced to 1.2 in 1989 – some eight years after Cape Plc had sold its interest in the mine.

As far back as 1969 the British Occupational Hygiene Services proposed a safety level of 2fibres per ml and in 1983 this was reduced to 1fibre per ml. The US has since reduced its safety level to 0.1fibre per ml.

To understand the true extent of asbestos exposure during the mining days I recommend reading the hub “Asbestos Mining – A South African Perspective”.

Through the years South Africa has been subjected to numerous bans in an attempt to force the then ruling government to change its racial segregation policy. Among the bans was the arms trade ban as well diplomatic and trade bans as far back as 1962.

In 1986 the Unites States placed a ban on all imports from South Africa with the exception of publications and materials that were strategic to the economy of the United States. Ironically enough asbestos was excluded from this ban as were many other minerals. This left the door wide open for asbestos mining companies to employ thousands of black and coloured workers and pay them minimal wages without incurring the expense of implementing world class safety standards and at the same time polluting the environment in which these people and their families lived.

In 2007 the South African Centre for Sustainability in Mining and Industry (CSMI) issued a report entitled The Future of Penge. From the findings in this report it is obvious that this area is still unfit for human inhabitants. The report states that the area is contaminated with asbestos from both asbestos waste and insufficient asbestos waste dump rehabilitation. The side-walks, dirt roads and paths are so contaminated that the asbestos fibres are visible to the naked eye. Based on these findings the CSMI recommended that the entire Penge site be closed to human inhabitation.

What has been done since the publication of these findings? Not much, if anything I presume. As recently as March 2011 a newspaper report by a cyclist who visited the area painted the same gloomy picture that was reported in “The Future of Penge”.

Still surprised that South Africa has the highest incidence of Mesothelioma? No – my surprise has turned to anger, heartache and disgust! I am disgusted by all of those that subjected and still subject these people who brought the mining companies and the country so much wealth to appalling and life-threatening conditions and in doing so have left a legacy of poverty and death. 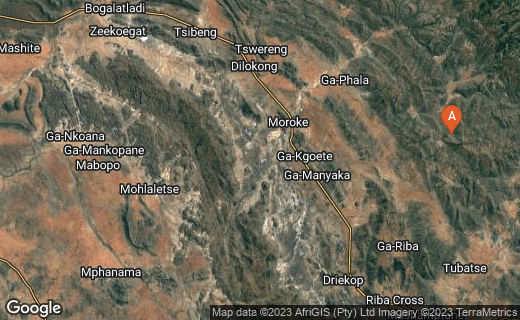 Why is asbestos still being mined and used in some countries whilst there is irrefutable evidence that this mineral is a carcinogen?

As long as there are developing countries that are either ignorant to the dangers of asbestos, or simply just don’t care, and as such are willing to buy asbestos from the mines, the mining companies will stay in business. Despite all the negativity surrounding asbestos as recently as 7 March 2011 it was reported that Canada was considering expanding its asbestos operations.

This is not all that surprising if you delve a little deeper into the proposed banning of asbestos in the United States over the past few decades. From early in 1985 newspaper articles report pressure from both Canadian government and industries in the United States that use asbestos in their manufacturing processes to withdraw their plans to ban the use of asbestos.

The EPA made a few attempts to ban asbestos in the United States but has succumbed to the pressure from the various industries and these seem to carry more weight than the health hazards that asbestos holds for the nations that both produce and those that buy the asbestos.

As long as there is a market for asbestos it will be produced and for half a century after it is banned these countries will wait in suspense to see exactly how high the costs of asbestos will rise. Those that will pay most dearly will be those that contract mesothelioma – a high price for asbestos.

Is the World Over Re-acting?

Do you think there should be a world-wide ban on the use of asbestos?