Mining our Landfills: One Society's Trash is Another's Treasure

For thousands of years, the mining industry has been a necessary evil in our lives. On the one hand, mining has provided society with a plethora of raw materials which scientists, engineers, and inventors have used to "modernize" our world. On the other hand, mining is a destructive practice that can leave thousands of acres of land barren and essentially unusable by man or mother nature. Today's technologies require significant amounts of rare earth metals to produce. As demand for these materials increase, so to do there cost. One day in the not too distant future it is a not unlikely that mining the landfills of the past will become a lucrative business venture. No longer will putting our trash in a landfill be considered the end of the life cycle of manufactured goods.

The idea of mining our landfills isn't a new one. It is thought to have first been brought up by an Israeli landfill operator in 1953. However, up until recently, the cost-benefit of refuse recovery and availability of landfill mining technology was just not there. In late 2010, the UK company Advanced Plasma Power (APP), entered into discussions to dig up a landfill in Belgium. APP plans recycle over 50% of the buried materials while converting the rest into electricity. They plan to have their operation up and running by 2014. Obviously, there are many noteworthy benefits to landfill mining that have the potential to solve several of the environmental issues that we face today.

The Benefits of Landfill Mining

Prior to the recent campaigns for consumer recycling, many highly valuable materials were simply discarded. For example, our nation's older landfills likely hold a very high concentration of aluminum as compared to the natural deposits of bauxite that we currently mine. Landfill mining will allow humanity to tap these resources once again and recover significant quantities of useable materials. In addition to aluminum, many precious and rare metals, and some plastics can be recovered, processed, and turned into a viable post-consumer and post-landfill product.

Landfills produce large amounts of methane gas that could be easily used to produce energy. Landfill gas could be recovered, stored in containers, and used as fuel to support a waste-to-energy facility. The natural process of converting the landfill's biomass into viable fuel could also be accelerated by the mining process. Excavated organic material could be placed into bioreactors to speed up the production of gas. Additionally, if the organic material is found to be of high quality, it can be directly burned as a fuel as well.

Landfill mining will also reduce the amount of space needed to permanently store our waste. After material recovery efforts have been completed, more room can be made available for future refuse. This extends the life the landfill and reduces the need for additional places to bury our rubbish. Since 75% of the volume of a typical landfill is soil, there would be plenty material to support future landfill needs. Soil can also be recovered and put to many good uses such as roadway construction, flood control, and general land development.

In the past, improper design and monitoring of landfills has lead to the significant contamination of many aquifers. Remediating this environmental issue typically involves containment of the entire site as well finding the sources of the leaking leachate. Excavation of the landfill is required to find the leak in the lining and fix it to prevent further environmental damage. In many cases, particularly problematic landfills can be consolidated and re-sited at a new location. 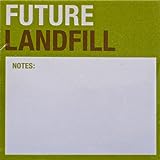 The Challenges of Landfill Mining

Even though landfill mining has many benefits, it also presents a unique set of challenges for businesses and refuse recovery workers. Recovering valuable materials from our landfills can potentially be a very dangerous job. Landfills tend to be the final resting place for some of man's most hazardous and deadly substances. In particular, older landfills could harbor some serious health threats such as vast piles of asbestos or even high concentrations of carcinogenic chemicals. In addition to this, landfills tend to produce significant amounts of methane gas. Trapped reservoirs of methane pose a significant danger to workers as they can easily be overcome by the fumes. Methane is also highly volatile and can easily ignite if proper precautions aren't taken.

The biggest reason that landfill mining hasn't taken off yet is because it has been too cost prohibitive to do so. Historically, the costs of excavating and sorting landfill material has made it impossible for businesses to profit from it. However, due to advancements in material handling and processing, as well the increase in tipping fees and landfill closing costs, landfill mining may soon prove economically viable. Perhaps it is time to revisit the economics of this proposition.