Nuclear Crisis in Japan By Day

March 11, 2011. A massive earthquake happened in Japan, northeast coast. This event initiated an emergency situation compromising three of the six operating reactors at the Fukushima I nuclear facility. Tokyo Electric Power Company’s Fukushima Daiichi Nuclear Power Station announced that its units 1, 2 and 3 were shut down.

The three compromised units are boiling water reactors (see picture above). They provided 460 megawatts (unit 1), and 784 megawatts (units 2 & 3). The amount of energy produced by units 2&3 is equivalent to that produced by 627 wind turbines in a productive wind farm. This amount is greater than what is produced by most coal-fired plants, about 550 megawatts. The tree systems shut down produce energy for more that 500,000 households.

March 13th. 2011. The prevention mechanisms at the radioactive facilities were failing. Though they officials were originally concerned about the settings in Unit 1, and have declared Unit 2&3 as low level of concern, now unit 3 turned to be high priority. The rods or core system that contain the nuclear elements have been exposed due lack levels of water. Workers added salt water to keep the units cool though corrosion due salt water could be an additional concern.

Unit 3 is particularly important to follow up because it contains approximately 6 % of a mixed-oxide (MOX) fuel in its core. This is a combination of plutonium and uranium oxides, which are considered more toxic that other mixes.

March 15th, 2011. University of Wisconsin-Madison professor Michael Corderi an expert on nuclear power and nuclear safety--in an interview for UW-Madison News, stated that the procedure of cooling and releasing steam likely contribute to the release of minor quantities or radioactive gases, along with iodine release. The hydrogen that was generated mixed with air and caused a blast. The hydrogen combustion caused the explosion of the building that originally meant to serve as a barrier or prevention against any radioactive spills not contained within the reactors.There rods were exposed again, and the concerns for potential meltdown remained high because the cores were not in touch with their coolant.

The government of Japan evacuated180,000 people and warned of another explosion. Including most of the workers at the nuclear facilities.

March 17th, 2011. The 180 workers who had been keeping the systems were asked to abandon the efforts due to risk of radiation. Radiation in that area is considered 300 times the normal background level though not lethal (yahoo news).

Interviewed by Reuters, Dr Thomas Neff, who analyzes the uranium-industry at the Massachusetts Institute of Technology said that the events in Japan are "a slow-moving nightmare." Most experts now agree that the 'patch solutions' implemented at the nuclear facilities in Japan (now 1-4) are inadequate. Most nuclear facilities have no plan for a disaster of this magnitude, thus what they are doing are no more than desperate measures to try to stop what could be one of the worst nuclear accidents in history.

March 18th, 2011. The Government of Japan in conjunction with The International Atomic Energy Agency ( IEA) has increased the alert severity of its nuclear damaged plants from 4 to 5 with 7 being the most severe http://www.iaea.org/. This now reached the levels declared for the Three Mile Island accident (5), but not yet the Chernobyl accident (7).

The residents in a perimeter of 12.4 miles/20 Km Fukushima Daiichi power have been evacuated. People living at a distance of 20 km and 30Km (18.6 miles) are asked to remain indoors (source World Health Organization-WHO http://bit.ly/hxCmwW).

Units 1,2,3 has been stabilized. Unit 3 & 4 are being cooled with water. Unit 4 is still of concern. Units 5 & 6 are now being cooled and maintained through systems powered by generators.The international Atomic Energy Agency (IAEA) is now providing daily updates of the situation (http://www.iaea.org/).

March 22, 2011 events. WHO has recommended that the evacuation zones extend to 80 Km. Traces of radioactive elements have been found in food and water. The nuclear energy company says the risk are low. Given former misinformation precedents from the Three Mile Island nuclear plants and Chernobyl, the public shall be cautious and consider their estimates as conservative.See more of the March 22, 2011 events, and ahead on Japan Nuclear Crisis Day by Day Part 2 (hub).

March 29th: Some plants (e.g., 1), are inaccessible due to the contamination of water. Ocean water and freshwater outside the Daichii plant are also showing traces of radiaoctive elements.

April 28th. "The situation at the plants remain serious but there are signs of recovery of electricity and machinery functionality (IAEA.org)." Facilities 1,2 and 3 combined still contain approximately 70,000 tons of highly radioactive water. Ocean waters had been contaminated from previous discharges released due to the ongoing cooling process efforts as well as from deposition.

Deposition: Cs-137 was reported 4 Bq/m2 to 29 Bq/m2 four prefectures/April 26- 27 April 2011 I-131 was reported for one prefecture was 3.3 Bq/m2. Near the plants Fukushima area gama radiation 1.8 uSv/h but values in other areas are closer to background levels. On 26 April the 1 Km near the plant total I131 was 9.0 x 10−5 Bq/cm3 and 2.4 x 10−5 Bq/cm3 for total Cs-137. New assessment indicate the levels of damage is different than previously reported. On April 27, 2008 NISA declared the the most damaged plant shows 50% core damage instead of 70%. Unit2 and 3 were estimated to have about 5% more damage than previously estimated-- 35% is the new accepted value for unit 2, and 30 is the new estimate for unit 3. The actual structural damage had not change since the first estimation--what changed was the estimation itself, because they were able to include new information by using i robots.

May up to May 5th: The situation remains serious. The current current level of impact is 7/scale of 7 though the radiation released is only 10% of that on Chernobyl (also scale 7). The trend of radioactivity since March up to now is towards decreasing. Daily monitoring of the prefectures continues.

Food monitoring: 190 samples of vegetables, mushrooms, fruit/strawberries, beef, pork, poultry eggs, seafood, fresh milk, raw unprocessed milk and yoghurt were drawn and tested for I131, Cs 134/Cs137 (April 27-30). In most samples radioactivity was undetected or under acceptable levels (Health Ministry). Only in Fukushima prefecture where the plants are located-one sample of bamboo, one sample of fern and 5 samples of shiitaki mushroom were above acceptable levels for Cs 134/Cs137. Three samples of fish from Ibaraki showed levels above the acceptable for Cs 134/Cs137.

Souces: IAEA receives information from the following sources: The International Atomic Energy Agency-which receives information from the the Government of Japan, through the Japanese National Competence Authority/ The Nuclear and Industry Energy Safety (NISA) and The Tokyo Electric Co. (see link to daily log below). I also provided a link the the updates by the Union of Concerned Scientist. For more information please visit my other articles on this subject or send me a comment.

May 7& 8th: On May 7th the Japanese public protest against nuclear power. The government declares that it will continue its commitment to nuclear energy, but the total target by 2050 would very likely decrease. Before the accident they expected to seek a target of 50%. The government will need to work together with energy towards new alternatives to meet the countries energy demands. Among the alternatives they have mentioned gas and alternative energies such as biofuels, algal fuels and wind energy may be more welcome.

Atomic Awakening: A New Look At The History And Future Of Nuclear Power
Buy Now

Are you aware of the severity of the nuclear disaster in Japan? 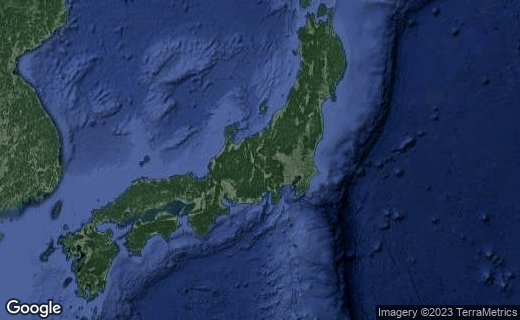