Every once in a while I run across something that is just so despicable it makes the back of my hair raise on end.

Today was one of those days.

Digging around in Digg, as I am known to do, I ran across an article that was claiming that the funeral of Barack Obama's grandmother Madelyn Payne Dunham was to be picketed by members of the Westboro Baptist Church. Not believing what I was reading, that people could actually be this insensitive, I decided to look into this myself.

What I found was so disturbing, so out of line that I felt commentary was necessary. I just cannot believe that breathing human beings, and calling themselves Christians at that, could even be thinking about doing something so outrageous.

Being a Christian myself, I was absolutely horrified that the teachings of Jesus could be distorted in such a way, and for the sake of Christ, I just want to set the record straight that this type of behavior is exactly the opposite of what Christs teaching was all about.

Picketing a grandmothers funeral - How could they?

Even those that are not Christians who have a sensitive heart can surely agree that picketing the funeral of Barack Obama's grandmother has got to be one of the most insensitive things imaginable!

When I lost my parents, it was one of the most devastating things I ever went through. I could not have imagined if there had been picketers there at the funeral - no one deserves that type of treatment. I hope for the sake of the Obama family that these protesters are not only locked up but have along time to sit in jail and think about what they did and how Jesus really feels about their actions.

Their actions are in direct conflict with the teachings of the Bible and of Jesus himself. 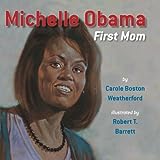 Love Your Neighbor as Yourself

18 `You shall not take vengeance, nor bear any grudge against the children of your people, but you shall love your neighbor as yourself: I am the Lord.

Eight times in the Bible we are told to love our neighbor -- one of the Bible's most repeated commands.

Loving your neighbor is the opposite of selfishness -- the common human practice. Acting in divine love demonstrates that unselfishness is possible for a human -- showing a reality that cannot be ignored or denied.

Whether they appreciate you, or respond to your love, Jesus's command is still valid: You must show love to your neighbor in a practical way.

More on the Shameful Activities of Westboro Church