A reader called confusedworld asked, "Why do we hate?" Decades of 20th Century research and vaguely-related aphorisms spoken at meetings and in coffee houses state that hate stems from fear, but in the 2010s, I think that the answer is no longer so simple.

Additional origins and exacerbation exist, in my experience. Perhaps you can think of others and place them in the Comments section at the end of this document. Thanks for reading.

Mathew Morrison: You've Got to Be Carefully Taught - from South Pacific 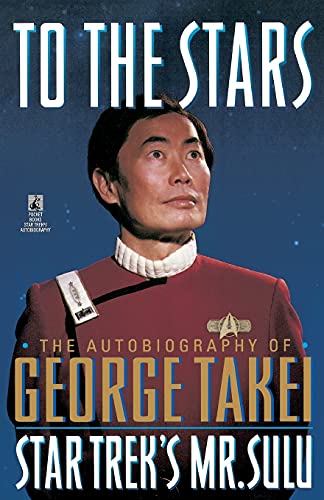 Star Trek's (1966 - 1969) first pilot episode failed, partially because of prejudices against intelligence, other races, women, and non-dependence in the future on money. Ironically, this show was about erasing all of that by the 23rd Century. The African, Uhura, was feared to be an offense to viewers of the American South; and throughout the three-year life of the program, Nichelle Nichols was the only major player without a contract (reference Beyond Uhura). It did not hurt her career, however.

South Pacific, written and first performed during WWII, shone a light on prejudice. This was an appropriate time to do so, since the propagandized myth of the Yellow Menace (Asians) was at a peak because of our war in the Pacific against Japan. American internment camps were filled with Japanese and Japanese descendants that were American citizens.

Actors Pat Morita (The Karate Kid) and George Takei (Star Trek) were interned in them and Takei describes that life in his book.

The pilot of the Enola Gay, which bombed Hiroshima, lived his last years in Columbus, Ohio. The local PBS affiliate interviewed him and his surviving crew, asking them if they felt any sadness or remorse in killing the Japanese, which included families.

Not only did they report feeling no remorse or sadness, but they also chuckled with glee in their memories of the events. The pilot seemed to have difficult in refraining from breaking out into actual happy laughter.

When I first saw a several-paged newsprint magazine of hate group listings, I was surprised at the number operating in America. Ralph Deeds put together an impressive list of hate groups that he had found and published as a Hub for our knowledge:

Elements of Tension and Hate

For decades in the 20th Century, social science lectures pointed out that prejudice and group-hate are the direct descendants of fear of the Other. If so, then why do not a majority of infants and toddlers have prejudice and related hatred?

In the animal world, infants of differing species will play together until maturity and some set of brain and body chemicals begin to act toward the hunt for survival. In captivity, cats are raised with bird and mouse friends; dogs care for abandoned kittens. Gorillas have pet cats. Now in animal compounds, jaguars are raised with large dog companions. Human toddlers don’t seem to notice color and social differences in the daycare center as they play, except perhaps the ethnic textures of baby hairdos and to them, that’s fun.

I think that in the 21st Century, the density of population in some areas, including the USA, creates a Petri dish for prejudice and hatred as the Lower 48 runs out of room and resources. From the 1400s through the 1900s, North America welcomed immigrants to a land of plenty of room. In 2011, the population numbers are phenomenal in comparison.

” We’re running out of room!” some factions shout today - some said that before the Highland Clearances and the Potato Famines in Ireland and Scotland when some of the population was replaced with herds of sheep.

No room -- Therefore, the people wanting entrance to this box already too full of rats "must be evil and wanting to steal resources from the already-starving."

Excuses and Reasons for Hatred

I am reminded of a 1980s preacher that spoke on TV against bingo in the Catholic church in an urban county here, quoting scripture to decry “moneychangers in the temple.” However, the passage specifically is about merchants standing in the place disignated for worshippers, taking up dedicated worship space; they could have set up stalls farther out. The Catholic church I mention maintained dedicated bingo halls or scheduling times in the gym, so no problem per se. Gambling is another topic and the preacher was all for gambling - especially the racetrack.

As it turned out, the preacher wanted the revenues of the bingo halls without sponsoring the bingo games. He wanted the players to come to his church and put their bingo money in his offering plates while he bullied the congregation. How’d that go? It seems the gentleman was transferred to smaller and smaller church congregations over the ensuing years, an opportunity to ignite growth. It didn't happen.

As with many of his generation, the individual was taught that non-English non-protestant descendant groups - and women - are evil: Catholics, Blacks, Jews, Asians, Hispanics, Poles, Italians, all the others. He was raised in a family decayed by alcoholism, morbid obesity, anger, and inordinate control mechanisms. His childhood house was like too many rats in a box, but there were only two or three rats in a large box. This seems a breeding ground of hatred, its occupants perhaps awaiting opportunities for revenge on the outside.

Training and Learning by Example

I was trained in an internship that the American Psychiatric Association reported (mid-1980s), that 98% of Americans were adversely affected by their own or other’s alcoholism. If this is true then or now, perhaps the hallmark control needs among many alcoholics and similar groups and associated codependents might be linked to at least some of these folks showing hatred, greed, and self-centeredness against other demographics. It could be learned in the home by children like our friend mentioned above, alcoholism/addictions or not.

Thus, perhaps mental health conditions and teaching by example (even unintentionally) can be blamed for some hatred.

Hatred also is evident in some of the furthest extremes of our two major political groups, with rhetoric and negative campaign ads fueling hatred farther aflame and forcing the beginnings of hatred in the undecided into bloom. Add the hatred portrayed on TV and film, even if the point is to not hate, and some few viewers will take it as a cue and permission TO hate. These are additional ways in which hatred can continue to live within a few.

An example of all this is a woman that cheats and lies, because in her words, “The government is giving away the country to X, Y, and Z; and I deserve it more than they do. They play the system; I'll play it better.” Misreading an article about reservation casino revenues that described the yearly sum as equivalent to $4,000 per individual resident in a nearby city, she thought that the government was paying those individuals that amount monthly. Or, perhaps she spun the story for negative political propaganda.

Interestingly, alcohol, drugs, and discrimination against women may have played a part of the recent venom. Many individuals have been maltreated and some of them want revenge on someone. Abusers and bullies, as well as the abused and the bullied, are frequently in this sinking ship. This type of hatred is deep-rooted.

Having It Both Ways

Individuals that hate people outside their own demographic often hate the fact that they are related to that group. If one has human DNA, one is somewhat related to all humans.

I have seen increasing amounts of spam against Jews, Africans, African Americans, Asians, women, the Irish, Indigenous Peoples, et.al. The false messages claim that the Jews in WWII and the Native Americans got what they deserved, because the Jews were too illicitly rich and Native Americans so greedy that they immediately approached incoming Europeans to sell them their lands. False, but the writers want readers to believe it and help eliminate these people from America.

The research I use regarding Indigenous Peoples in the New World began in grade school in the 1960s and is corroborated by diaries of settlers and later pioneers; and of a white crewman on a slave ship: 100 Days On A Slave Ship.

It is evident that some Spanish explorers mistreated some Native North Americans in the 1400s and 1500s; other settlers slew “Indians” in the early 1600s. The spam going around further states mistreatment of Native Americans never occurred, but is a lie invented by US President Jimmy Carter and the Department of Education from 1977 - 1980 --

Odd, then, that one of my grandfathers knew about it in the 1870s and passed the story down through the mid-20th century. It is handy to have known senior citizens or their descendants who kept good notes. Is it also not odd that a single spam letter says

In addition, many people study the works of Ann Rand, who stated that people who are born indigenously in a country (specifically, Native Americans) do not automatically have the right to stay there if they are savages. Plenty of political propaganda supports hate groups.

The group in the video below presents a multimedia performance of You've Got to be Carefully Taught, along with Children Will Listen from the musical Into the Woods. With these musical numbers, they opened their And Justice for All Concert. Visit http://www.hmckc.org.

You've Got to be Carefully Taught and Children Will Listen