Paris Transportation - Getting Around Paris

The first impression about the Paris transportation system is just how easy it is to get there and around. You have several options to arrive to Paris. The most obvious option for non European travellers is to arrive in Paris by plane to one of the two major international airports: Orly and Charles de Gaulle.

European travellers prefer to arrive in Paris by railway thanks to the world’s most comprehensive high speed rail (TGV) system operated by the French operator SNCF. The TGV or high speed train network links Paris to London, Amsterdam and Brussels several times a day with very fast journey times. 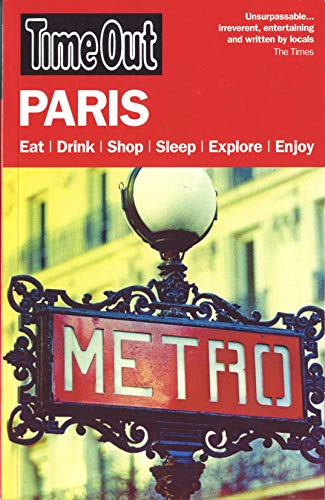 Time Out Paris (Time Out Guides)
Paris transport is constantly evolving. This guide keeps updated information about new ways of getting around Paris and how to pay for it.
Buy Now

Once you arrive in Paris, you have several options to go around it. You can use the train, metro, tramway, buses and even river boats and bicycles.

Paris boasts the densest and most efficient subway system in the world. The number of stations and train sets, its reliability, safety and exceptional maintenance are always admired by visitors. I must say that after having used the metro in several European and North American cities, only in the Parisian metro I have felt safe enough to travel alone without any worries. Not only that, but it has been the only metro where I have encountered men who have given me a seat or helped me with my baggage to go on and off the trains. If you add to that the beauty of the main train stations and certain metro stations like the one at the Louvre, travelling by rail is a pleasure in Paris.

In the street, the metro entrance is always shown by a sign reading Metro, Metropolitain or just M.

To reach the platforms, you must pass through the checkpoints. Each line is identified by its colour, number and directions.

To enter a Metro control zone, you must be in possession of a valid ticket which must be validated in every case. Don’t forget to retrieve your ticket and keep it throughout your journey.

The TICKET + (below) Is the best one for those persons taking the metro only occassionally. It costs 1.70 euros and allows you to travel one time in all the Parisian Metro lines and the RER (zone1) it is also valid for the bus, tramway and the funiculaire at Montmartre. If you buy the same ticket when you board a bus, the same ticket will cost you 2 Euros. The best way to economize a little while using the Parisian public transport is buying a book of tickets (10 tickets) you will gain almost 30% on the price. Thus, a book of ten tickets will cost you 13,70 euros for an adult or 6,85 euros for children under 10.

A woman on a bike in Paris

Renting a Bicycle in Paris

Paris by Bus and bicycle

Paris also benefits from a dense coverage of a public and private bus network. Each bus is clearly identified by its line number and direction and its main stops shown along the side. You should always board at the front and go off at the back. As you get aboard, you should validate your ticket by slipping it into the validator.

Other forms of transport in Paris include a self help bicycle hire service called Velib. The Velib uses a sophisticated electronic system to manage the rentals which are increasing every year. It is claimed that during some days rentals are up to 110,000 per day. The self-service bicycle hire scheme supports Paris pollution reduction policy while supporting the government initiative to support a healthier lifestyle to fight obesity and obesity associated diseases.

With Velib, you'll pay €1 for a day ticket or €5 for a seven-day ticket, which lets you take an unlimited number of 30-minute journeys. Trips longer than 30 minutes incur additional fees.

Velib: Renting a bike in Paris

Some facts about Parisian Transport

Come to Discover Paris with me:

A different view of Paris 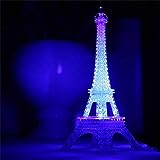