The Mosque Is Not About Religious Freedom

"As a citizen, and as President, I believe that Muslims have the same right to practice their religion as everyone else in this country. And that includes the right to build a place of worship and a community center on private property in Lower Manhattan, in accordance with local laws and ordinances." —President Barack Obama

More on the Mosque by Springboard at Blogspot

Allow me to cut right to the chase, if you will, about this whole Mosque thing. This was, without question, a rather hot button topic from the start. But after remarks from President Barack Obama recently whereas he said, basically, Muslims can build a Mosque wherever they'd like to, thanks to religious freedom, the issue has gone front and center. And the heat is definitely ramping up. So much so, that we now have the president essentially waffling over his former statement, now saying that he wasn't necessarily commenting on whether or not he thought it was a wise choice to build a Mosque in a location near Ground Zero. Only that he was speaking directly on the issue of religious freedom.

The fact is that most people agree on the issue of the right to build the Mosque. Sure, we can build anything anywhere we'd like to so long as there are no laws or ordinances against it. And absolutely we can build a place of worship for any religion our hearts desire. Yes, it is a part of the Constitution of the United States, a document which most of us conservatives, if not all of us, hold as one of the most sacred documents in our country, second only to perhaps the Bible itself.

We cannot set aside our Constitution for any purpose. Nor should we have the slightest inkling of any desire to do so. I certainly can speak for myself in saying I have no interest whatsoever in walking over or around the Constitution.

The issue here is not about the right to build the Mosque. It's not at all about religious freedom. It is about tolerance for the sensitivities of Americans, and especially tolerance for the sensitivities of the families of the nearly 3,000 innocent, civilian Americans who died on September 11, 2001 when 19 radical Islamic terrorist Muslims chose to attack the United States, and target American lives in honor of Allah, and for the cause of Islamic Jihad.

Essentially, while it may not have been the Muslim faith as a whole, who declared war on the United States, it was a faction of the Muslim faith that certainly was behind the declaration of war against us. There is absolutely no question whatsoever about that fact.

While it's true that America is made up largely of a wide variety of religious beliefs—we are certainly not all Christians—our country is still primarily considered to be country of Christians, whose foundations in our laws, and in our culture, whose customs are certainly all based on Judeo-Christian philosophy.

That is who these people were fighting against. That is what is at the heart of their war against us, which despite the lack of recent attacks, is ongoing. On their soil we are infidels. In this world we are infidels. Non-believers of the Muslim faith, and we must be eradicated.

In a way that makes a Mosque near the location of Ground Zero the ultimate symbol of victory for the terrorists. And again, it erases any idea that building this Mosque is about freely pursuing one's religion.

This was an act of war. We need to be clear on that. September 11, 2001 is a day that will forever live in infamy. The site of that terrible attack which took so many lives, and shook our nation to the core, will forever be hallowed, and sacred ground. It should be a place which our enemies should never be able to congregate, for any purpose, nor under any circumstance. It should be a place which only symbolizes and embodies the true spirit of American pride, American courage, American liberty, and American resolve.

Yes. Religious freedom is very much a part of all of that, which is really the spirit of America. But so is a Mosque a part of who and what attacked the core of what we are as a people that fateful day, and for that reason alone, it cannot, and should not be built. 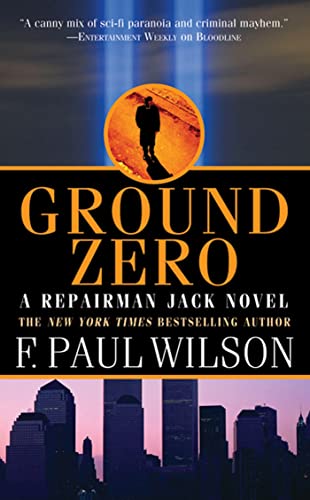