Standing For Life in the Midst of Roe v. Wade

Each January 22nd marks the anniversary of the Roe v. Wade decision to legalize abortion in this country. During the week of this anniversary, several pro-life people gather together to reflect on the millions of babies (57 million as of January 2015) whose lives were ended inside their mother's womb since 1973.

Several State Right to Life groups unite at their state's capitol to let others know that they believe life is sacred and to peacefully protest the Roe v. Wade decision that has caused so much strife and division in the nation.

The 9th and 14th Amendments

Roe v. Wade was decided primarily on the Ninth Amendment and the Fourteenth Amendment to the United States Constitution.

The Court's decision in this case was that the Ninth Amendment, in stating that "the enumeration in the Constitution, of certain rights, shall not be construed to deny or disparage others retained by the people," protected a person's right to privacy.

The Fourteenth Amendment guarantees citizens of all states rights on both the state and federal level.

Do you think abortion should go back to being a state issue instead of a federal one?

Before Roe v. Wade became law of the land, abortion was a state issue and most abortions were illegal in most states. In 1967, California and Colorado were the first states to legalize abortion for reasons including rape, incest, severe handicap and when the life of the mother was threatened. In 1970, New York, Alaska, Washington and Hawaii became the only states to offer unrestricted abortion.

In the state of Texas, however, abortion was still illegal just as it had been since 1854. The only exception to this law was in cases where the mother's life was in danger. But on December 13, 1971 everything was about to change as Roe v. Wade was argued for the first time. "Roe" wanted to sue the Dallas County District Attorney, Henry Wade, to prevent him from enforcing the state's abortion prohibition. "Roe" was a single, pregnant woman whose life was not threatened by her pregnancy.

In another lesser known case, Doe v. Bolton, "Mary Doe" was a 22-year old married woman with three children and pregnant with a fourth. She wanted to sue Arthur K. Bolton, the Attorney General of Georgia to be able to have an abortion.

In the Texas case, a District Court ruled that Roe had a basis to sue but declined to grant her an injunction to compel the state to offer her an abortion. In the Georgia case, the District Court decision still held that the State had a right to restrict abortion according to the principles already in place.

Both decisions were appealed and ended up in the Supreme Court. And on January 22, 1973, the Court ruled 7-2 to overturn the Texas court's ruling and held that a woman has the right to terminate a pregnancy for any reason before the fetus becomes viable. (28 weeks gestation). In the third tri-mester, abortion still needed to be available in case the mother's life became endangered.

In the Doe verdict, the Supreme Court ruled a woman may obtain an abortion after viability if necessary to protect her health. The Court however, defined "health of the mother" in such broad terms, that any prohibitions to 3rd trimester abortions were essentially eliminated. According to Justice Harry Blackmun's majority opinion, a woman's health includes her "physical, emotional, psychological, (and) familial" well-being, and should include considerations about the woman's age.

This ruling was based on the Ninth and Fourteenth amendments and a woman's right to privacy. It was also based on the majority opinion of Roe that "at this point in the development of man's knowledge," we can “not resolve the difficult question of when life begins.” Justice Harry Blackmun also stated that “if this suggestion of (fetal) personhood is established, the [case in support of legal abortion] collapses, for the fetus' right to life would then be guaranteed specifically by the Fourteenth amendment."

Today many medical experts have stated that life begins at conception. Even so, abortion remains legal.

The March for Life

The March for Life has taken place every year on the anniversary of Roe v. Wade since 1974. The first March for Life consisted of 20,000 pro-life Americans who rallied peacefully on the West Steps of our nation's capitol. Their main focus is abortion but they also stand for life in other areas such as being against euthanasia.

In 2009, over 200,000 attended the March for Life. The event was held just 48 hours after President Obama was inaugurated. The President was asked by Nellie Gray, founder of March for Life to speak at the 36th annual march but instead of attending, he released a statement supporting abortion rights.

From 2000-2008 President George W. Bush addressed the pro-life marchers each year they were in Washington. When he wasn't there in person, he would do so via telephone that was amplified through loudspeakers. President Ronald Reagan also addressed the pro-life crowd. In 1987 Reagan told those who attended the March for Life that he vowed "to help end this national tragedy."

Other notable speakers have included Alveda King (niece of Martin Luther King, Jr.), the parents of Terri Schiavo, members of Silent No More, an organization of women who regret their abortions, and several Congressmen.

Many marchers carry signs saying, "Your Mom Chose Life," "We Choose Life", "Respect Life", and "Abortion Kills" among many others. 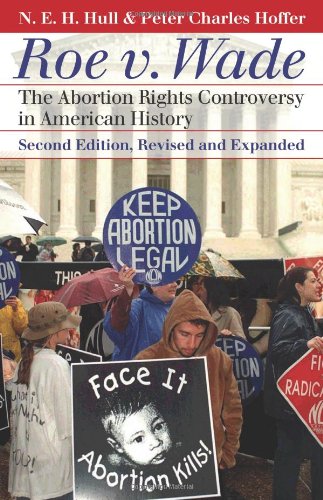 Can Roe v Wade Be Overturned?

Since abortion became legal in the United States, it has been at the heart of presidential campaigns and Supreme Court nominees. Through the years, the heated debate between pro-life and pro-choice has gotten even hotter. And since January of 2008 it seems we have reached the boiling point with the most pro-abortion President ever currently in office whose health care plan includes taxpayers to pay for abortions.

Pro-lifers hope and pray for a day that Roe v. Wade be overturned. But is this really a possibility? Whether it is or not, many states have passed laws dealing with parental consent, educating women on alternatives for abortions and most importantly, having to see the baby via ultrasound before terminating their pregnancy. There is hope that as we stand for life there will be less abortions performed in this country and more babies rightly given a chance for life.