Should Organ Donation Be Mandatory?

Public awareness and opinion play an important role in increasing organ donation. In most countries, people of all ages may be organ and tissue donors. Spain and Italy are the countries that experienced the biggest donation increases in recent years. In order to encourage organ donation they started public awareness campaigns, hired more transplant coordinators, installed 24-hour organ retrieval teams at hospitals. They also improved training for doctors who talk to grieving families.

The main problem in the area of transplantation lies in the fact that the demand for organs still greatly surpasses the number of donors. For example, the demand for kidneys is highly bold all over the world – healthy humans have two kidneys, which enables living donors to give one .The most common transplants are to close relatives, sometimes to friends and rarely to a stranger. Searching for donors via the internet has also become a way to find life saving organs. A shocking scandal happened in September 1999: eBay blocked an auction for “one functional human kidney” – the highest bid was $5.7 million and it had to dismiss the auction for the selling of human organs according to US federal laws (possible punishment up to five years in prison and a $50,000 fine).

Organ Donation Attitudes questionnaire: What do YOU THINK?

1) Should organ trade be legalized?

2) Is it necessary to get the family’s permission for organ donation, if a deceased person documented the want to be an organ donor?

3) Should the organs be removed even if the family objects to donation, assuming the deceased person documented the want to be an organ donor?

Unfortunately, the shortage of transplantation organs to save lives, led to  "black market organ donation" often referred to as transplant tourism. The low morality of the black market is concerned with ends rather than the means. There is an obvious imbalance in the organ trade: those who donate organs are often impoverished and those who receive organs are usually well-being. The darkest side of the black market for organs is a number of cases of organ theft including murder for the purposes of organ supply – some of the rich people aren't patient to wait on the list and criminals can't wait to earn ''really good money'' by ''purchase'' and deliver. The black market flows in one direction, from the Third World to the First. The reward value and lack of regulations in Asia and Africa make victims out of healthy individuals to scavenging organ merchants. The opportunity of gaining considerable capital for organs leads to human rights' violations. Chinese judicial officials execute prisoners on account of the black market value of their body parts.

4) Would a cash payment to your estate, paying for your funeral expenses, or a charitable contribution in your name make a difference in deciding whether to donate your own organs at time of death?

5) Must organ donation be made compulsory?

The first kidney transplantation was done in 1957, lung in 1993 and heart in 1967. Approximately 70,000 organ transplants are performed worldwide annually. Some sources claim that a single kidney has a black market price of  $20,000 and some claim the price is up to 100,000 dollars (in the United States). Prices in Argentina run from $7,000 for a cornea transplant (transparent front part of the eye)  up to $80,000 for a liver transplant. Trying to keep up with the demand, Israel and India perform kidney transplants at a rate of $10,000 to $30,000 in United States dollars  ($500 to $2,000 of the funds go to the organ "donor"). Some countries have proposed legalizing the sale of some organs for money (like Iran).

A survey by Spanish researchers has shown that 78% of 200 families who declined to have their relatives' organs donated, changed their minds after the process was explained in detail.

6) Are you afraid of donating organs even if it's after death?

Organ donation situation and regulations in some of the major countries

Organ donation in the United States is based on the principle of ''informed consent ''(a patient or client knows all of the risks and costs involved in a treatment and must be competent, the consent should be given voluntarily). Federal law lays down the policies and each state has its own Uniform Anatomical Gift Act. This provides for a donor card (signed by a person over 18 years of age and witnessed by two other adults) which is often part of the state's driver's licence (permitting the removal of organs after death). In some states, with laws stating the consent of the potential donor as insufficient, families are asked to consent. Estimates show that 99,000 Americans need organ donations, and 85,000 Americans have died since 1995 while waiting.

In Canada, the donor rate is about 15 per million people.

U.S. and European laws ban the sale of human organs. Most tissue for transplant is taken fresh from the bodies of the newly deceased. Live donors mostly give to save the life of a relative or friend. Sweden has an “opt-out” system and a relatively low rate of donation in comparison with other developed countries. The United States has one of the highest rates.

Spain has the highest recorded donor rate in the world: 35.1 donors per million population (donations increase by 142% since 1989),  the highest donation rate in Europe (34 donors per million people) and  almost 3 times the UK rate of 13 per million. Because of the achieved results, organizational measures of the Spanish Model have been recommended by the World Health Organization but Spain still can't meet the demand, as 10% die while still on the transplant list.

Many European countries (Austria, Belgium, Denmark, France, Italy, Greece, Norway, Switzerland, Spain and Sweden) have laws similar to Singapore's "presumed consent" legislation but in most of them family consent is also sought. In Denmark, Germany, Ireland, the Netherlands and the United Kingdom, individuals must make a conscious decision to donate organs after death and indicate their willingness to do so ("informed consent"). The donation rate in France is 20 and  12.2 in Germany. Every day almost 10 people die in Europe while waiting for an organ. In 2007, there were around 40,000 patients in Europe on waiting lists for an organ transplant. Most recent studies show that 81% of European citizens support the use of an organ donor card, but only 12% of Europeans currently have one.

Brazil is one of the countries with the worst situation. It passed a law in 1998 mandating presumed consent (making every citizen a potential donor) but this was abolished in 2000. The organ trade is illegal, moreover, parents and kids in Brazil live a very sad and stressful reality –  kidnapping children from the streets and stealing their organs have become really common.

Poverty and unemployment in Moldova are considered the reasons for which every eighth Moldavian transplants organs, therefore, organ prices are really cheap which makes the illegal trade worse. For example, the price for a kidney in Moldova is not more than 2,000 dollars,(in Western countries it’s up to 100,000 dollars).

According to the Japan Organ Transplant Network, Japan legalized organ transplants from brain-dead donors in 1997. In Japan, both the potential donor and the family must give consent (the family has the right to withdraw consent at any time). The donor card must be signed by the potential donor and two witnesses, including a close relative. In this country, the law prevents children from donating organs (there is a great reluctance to donate organs rooted in Shinto and Buddhist attitudes towards death).

Besides Brazil, China is one of the countries with the worst situation. It has taken serious steps in order to eliminate the illegal trade of human organs. Hospitals and clinics are banned from taking organs without written consent from the donor (the donor is entitled to withdraw his/her decision at any time) and they are requested to submit operation documents to the institute's transplant ethnic committee for approval. The source of the harvested organ has to be of clear origin and verified as a suitable match for the recipient. It is estimated that two million Chinese people are on waiting lists for transplants each year, but only 20,000 are operated because of the shortage of organs (this has resulted in an illegal organ trade).

It's considered that countries can  encourage organ donation by: 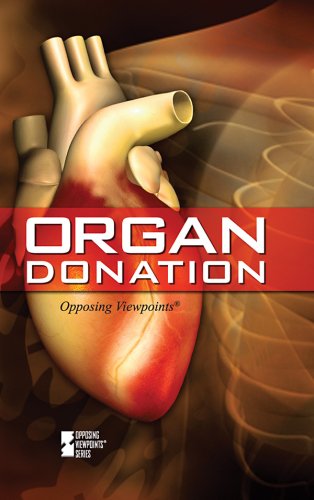 If you are interested in organ donation issue watch this film: Inhale - Run for her life

The current system in most of the world produced a severe shortage of organs with one person dying on the transplant list every day. Proposals to change the organ procurement systems to ''presumed consent'' in the United States and Great Britain have frequently provoked ethical objections.

Make your contribution by participating in this questionnaire about attitudes on organ donation (go back to the top)!