Mountaintop Removal. What's happening to the mountains in West Virginia.

More information related to this story

Every American President must dream of having their face carved into the rock at Mount Rushmore in the vacant spot next to Abraham Lincoln in South Dakota. Young passionate members of Greenpeace were there this week to unveil a giant banner of President Obama. The young athletic activists unveiled a banner displaying President Obama’s head over Mount Rushmore. The banner slammed the President over inadequate action on climate change. President Obama's signature gaze peered out over the Mountain views of Mount Rushmore. Except it wasn't carved in stone but rather in the form of a giant plastic banner...

Greenpeace are a tough lot; They want President Obama to prove his green credentials by legislating against Mountain Top Removal Mining in West Virginia.

The Mountains of West Virginia are the ones which John Denver wrote songs and crooned about in his sugary Ballads.

Now it seems that it's okay to blast the picturesque mountains to smithereens to excavate coal. Coal being a major emitter of greenhouse gases.

West Virginia is poor economically speaking. Any economic activity is welcomed by the local community as unemployment is always a recurring problem.

The coal industry is engaged in Mountain Top Removal (MTR) A practice which makes deforestation look like a gentle trim. An area the size of Devon in England has been flattened in the process.
MTR in the United States is most often associated with the extraction of coal in the Appalachian Mountains, where the United States Environmental Protection Agency (EPA) estimates that 2,200 square miles (5,700 km2) of Appalachian forests will be cleared for MTR sites by the year 2012. It occurs most commonly in West Virginia and Eastern Kentucky, the top two coal producing states in Appalachia, with each state using approximately 1000 metric tons of explosives per day for the purposes of surface mining. At current rates, MTR in the U.S. will mine over 1.4 million acres (5,700 km²) by 2010, an amount of land area that exceeds that of the state of Delaware.

Mountain-top community activist's in Boon County witnessed their land and former homes subsiding into the valley's stream after blasting. Coal dust inundates the remaining houses in local communities according to evidence given before the Senate committee... 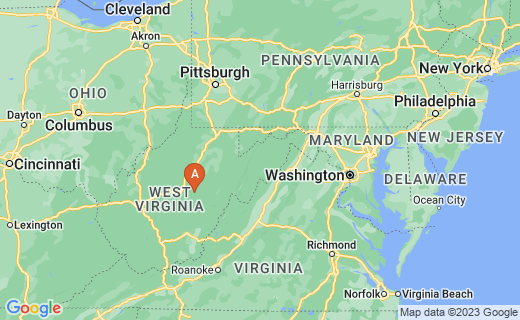 Coal mining represents billion dollars a year in income. But we have to ask at what cost both to our personal health and the health of the planet. Surely there are alternatives which are much cleaner and will not destroy the environment. The answer is yes there are !

Since the late 1970's when Mountain-top removal mining was introduced many mountain's and communities have disappeared. The method used is literally blowing the top off a mountain; Then mining the coal underneath. It is of course much cheaper to mine this way than conventional methods.
However the Environmental impact is massive! Many more mountains are slated to be blown up. Village after village have disappeared and will continue to do so if the practise does...

Two weeks ago a Senate sub-committee heard evidence that the energy produced from coal mining using this method is only temporary whilst the environmental destruction is very permanent. Restoration of the environment to its original pristine beautiful state is nigh impossible.

Coal produces could not be happier whilst Environmentalists such as Greenpeace are incensed and want laws to stop the practice a.s.a.p.

On the other hand 200 citizen's travelled by coach to Washington eight hours each way in support of allowing Mountain top mining to continue.

Many vigorously defend Logan County practices. Gyan Mine being the major mine and employer in the region. Citizens for Coal believe in Mountain mining arguing National Security interests for America saying that 50 per cent coal used in electricity generation in the United States...

West Virginia gains 400 million in taxes from coal mining. The environmental costs which has never really been properly quantified would no doubt will be much higher !

Critics in my view rightly contend that MTR is a destructive and unsustainable practice that benefits a small number of corporations at the expense of local communities and the environment. temporary jobs are produced but the environmental damage is permanent...

Advocates of MTR claim that once the areas are reclaimed as mandated by law; the area provides flat land suitable for many uses in a region where flat land is at a premium. There are many places to mine coal but to destroy pristine and beautiful mountain ranges is as I any many others think is at best sacrilege.

An EPA environmental impact statement finds that streams near valley fills from mountaintop removal contain high levels of minerals in the water and decreased aquatic biodiversity. The statement also estimates that 724 miles (1,165 km) of Appalachian streams were buried by valley fills in the years 1985 to 2001.

What indeed would the founding fathers think ?