When Recessions Come, Who is to Blame?

Check out my new book

I recently published my first book. It's called "Accessible American History," and the link below will take you to a hub that provides more details, including links to where it can be purchased. 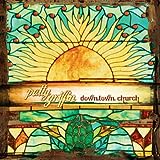 The modern economy of the United States is astronomically complex. Billions of financial transactions of countless types occur every day, and it is difficult to find an industry that is not tied in some way to our increasingly global trading network. There are plenty of economists out there who claim to have some insight into current economic trends and to possess the ability to predict the future. But given their track records, particularly in recent years, it is clear that much of what they do is guesswork. It’s just too damn complicated, and future events that are impossible to predict can throw even the most thorough analysis way out of whack.

You would think that at some level, everyone knows this, but all of the time, I come across people with simplistic explanations for the economic performance of the past or present. This is particularly true when times are bad. And depending on people’s experiences or political ideologies, they will offer up various scapegoats as the causes of our ills: President Obama, President Bush, illegal immigrants, greedy Wall Street financiers, jacked up oil prices, lazy welfare cheats, cheap overseas labor, their stupid boss, machines replacing people, or God exercising his wrath. Some explanations are more plausible than others, but a rational, objective person will quickly realize that no single person, group, event, or trend can completely account for the health of such a complex economic system. The problem, however, is that we humans are not a particularly rational species, especially when it comes to questions of basic survival.

Periodic recessions - generally referred to as panics in the 19th century - have been a part of our country from the beginning. But when the Panic of 1819 happened, many Americans hardly noticed. Since most Americans were still farmers who produced much of what they consumed for themselves, it did not affect them very much if some banks failed or if unemployment was high in urban areas. But as time passed and American society transitioned from a primarily agrarian to an industrial society, an increasing percentage of Americans were impacted by these periodic economic crashes. And if a factory worker was laid off one day due to an economic downturn, he would not find much comfort in an objective, thorough analysis provided by a trained economist. The simple fact that the economy inevitably follows a cycle of growth followed by recession would not be comforting either. That laid off worker needed a job immediately, and he did not lose his job because of any particular mistake that he made. So there must be someone to blame, and there must be something he can do, in addition to going job-hunting, to turn the situation around.

In the pre-industrial world, people had a sense that they could control their economic destinies. They knew that natural, political, and other types of disasters could threaten their survival, but if nothing drastic occurred, farmers could count on eating each year. But in this new world in which everyone relies on trade to survive, people live in a state of mutual interdependence. When times are good, they live happily under the illusion that they completely control their own destinies. But when the inevitable bad times hit, they might find that illusion shattered, and through no fault of their own, they may find themselves unable to meet their basic needs. And those who are fortunate enough to still have a means of supporting themselves worry that they could be next, and at minimum, their standard of living could take a hit. Economic hard times, for all but the very rich, force people to recognize their dependence on complex forces that no one can fully control nor comprehend. Often, only a threat to our basic needs is enough for us to come to grips with this brutal reality.

The human brain, however, resists with every fiber of its being both complexity and a lack of control. We are hardwired to find order in the chaos, to separate the friend from the foe, the benign from the dangerous, and the good from the evil. If we become overwhelmed by the complexity of the world and our inability to control circumstances, then fear, confusion, and a feeling of helplessness will paralyze us. In other words, we will fit the description of a person with chronic depression. So for the sake of survival, evolution has given us a brain that places external stimuli into clear categories and seeks a course of action. Essentially, our brain is programmed to look for someone or something to blame when things go wrong and to then do something about it. We then feel a sense of empowerment, and if nothing else, we can vote in politicians that will respond to problems more effectively than those other politicians. And if we are not convinced that this will work, we can always do a lot of praying, yell at some illegal immigrants, go to a protest rally, or rant and rave on Facebook.

So how do we fight our natural compulsion to gravitate toward simplistic explanations? How do we use our irrational brains to fight the natural inclinations of our irrational brains? If nothing else, the fact that I am even writing this indicates that I am aware of the need to use my reasoning powers to overcome my instinctive, irrational impulses. Whether or not I can pull this off consistently is another question. But I have met enough seemingly rational people in person and online to give me some faith in our species’ ability to develop rational courses of action. Unfortunately, however, I have also interacted with many people who are perfectly comfortable with their well-ordered, simplistic worldviews. So maybe our best hope is that one of the groups of political/economic fundamentalists is right and that this group is able to carry out its program, and people like me, who are often overwhelmed with the complexity, are just messed up in the head, suffering from various degrees of chronic depression.

So if our brains are inclined toward finding scapegoats anyway, I may as well get in my two cents worth. One of the amazing things about our current situation is the degree to which the real estate and financial sectors have gotten off of the hook. If ever there was a time when there was a primary root cause of a bad economic situation, it is right now. Because of a desire for quick, short-term profits, real estate companies, investment banks, and government-sponsored enterprises behaved in an incredibly irresponsible fashion, leading our country (and world) to the brink of an economic catastrophe. And today, as far as I know, none of the significant players in the mess have been prosecuted for any crimes. Instead, many of the large financial institutions (that survived) are more powerful than ever (thanks largely to taxpayer funded bailouts), and many of the prominent individuals who led us to the brink are still powerful people in the public and private sectors. And meanwhile, many Americans are more riled up about the differences between Democrats and Republicans, illegal immigration, gay marriage, or God knows what else than they are about getting scammed by wealthy financiers. It’s amazing how a species inclined toward finding scapegoats can be so easily distracted away from the biggest, baddest scapegoat of the last eighty years.

Of course, the details of the financial crisis get complicated, and as I said, we humans don’t do complicated very well. To be an ideal scapegoat, the culprit must do something that is relatively easy to understand. So if we have to choose between blaming everything on President Obama (or Bush) or getting angry about mortgage-backed securities that were based on poorly underwritten loans originated by short-sighted irresponsible brokers, we’ll go with blaming the president, especially if he happens to be a member of that other political party. Who has time to make sense out of all that complicated stuff anyway, and you can’t vote all of those stupid bankers out of office.