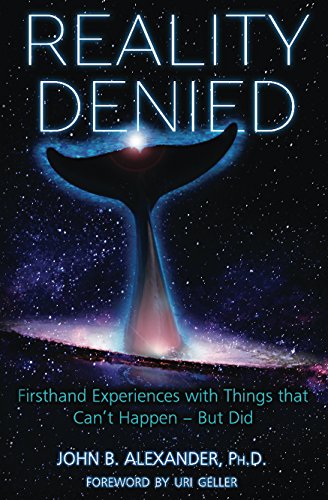 Reality Denied: Firsthand Experiences with Things that Can’t Happen – But Did
Buy Now

So why all the controversy?

Amidst all of the beliefs regarding flying saucers and advanced extraterrestrial intelligence, amongst all the rumours and stories of The Roswell Incident, beyond all the official testimonies made at disclosure conferences and buried within all the deathbed confessions there lies a truth; the reality. The reality of what happened at Roswell back in 1947 (also referred to as the Corona Incident)... and the incident six years earlier at Missouri in 1941 according to the leaked Majesitc-12 documents. Stanton Friedman caught up with Charlette Mann to confirm the incident really happened which it did proving that there is some authenticity to the document in question.

In addition the UK's MoD (Ministry of Defense) have also declassified documents which confirm that Majestic-12 really existed although they could attain no further information on the subject... and then there's the UFO that the Navy fired at back in 1896. In fact UFOs which are considered to be advanced technology can be seen in religious paintings dating back thousands of years. The Battle of Nuremberg, Germany incident in 1561 and the cover-up in 1897 both seem particularly significant.

Although declassified FBI files show that they have labelled the Majestic-12 documents as a hoax it was actually government policy to discredit the phenomena as a hoax anyway in case the information was leaked. Recent research indicates the MJ-12 documents are most likely more genuine than we may have been led to believe. In fact, all of the information that has come forward since the death of Lt Colonel Philip J Corso in 1998 after publishing his book, The Day After Roswell, in 1997, only seems to corroborate all of his claims. In addition 6th man on the moon Dr Edgar Mitchell claims he was told in a meeting at the Pentagon that an extraterrestrial spacecraft really did crash at Roswell in 1947 and that alien bodies were retrieved from the crash. Why would the Pentagon tell him such a thing if there was no truth to it? Are they intentionally deceiving him to spread disinfo/misinfo? Surely he could be considered to be a credible and reliable source, especially considering the man that he is.

Not only that but Neil Armstrong and Buzz Aldrin claimed that they were being watched by someone more advanced than us technologically all the time they were on the moon. Aldrin insists that alien life exists and Armstrong once said at a NASA symposium that "their ships were very very big... and menacing!" although he didn't go beyond admitting that the CIA were responsible for the cover-up. Aldrin once revealed details of a giant monolith on Phobos (one of mars' moons) on television. Clearly Aldrin and Armstrong have not been deceived because they were the first-hand witnesses to their claims. Armstrong once said that there are great freedoms undiscovered that could be accessed if one of truth's protective layers could be stripped away. Was he talking about zero-point energy?

Despite the claims of Phil Larson, rather surpringly there have been at least two federal laws introduced in the US regarding extraterrestrial entities, their vehicles and nearby citizens. Dr Steven Greer's Disclosure Project has been running for over ten years and the Vatican have recently announced their will to accept the possibility of extraterrestrial life. So are the White House telling the truth when they say there is no evidence of their existence? According to Lt Colonel Corso, presidental administrations don't have the clearance to access that information anyway. It was compartmentalized and a lot of misdirection and disinformation was thrown into the mix. Whilst under the Truman administration Corso (aswell as many others) claims a secret organization was set up within the government to prevent the truth from officially ever getting out.

Previously classified files have now been declassified by MoD, FBI, NSA and CIA and many of them prove the UFO reality, most notably the fascinating FBI documents. Some documents state that flying saucers should be considered to be extraterrestrial spacecraft until otherwise can be proven while other documents show how the phenomena including genuine cases were discredited as hoaxes to prevent panic. There are even documents that describe oriental-looking but much shorter beings that were covered in some kind of soft metallic cloth similar to the test-suits that pilots wear. These entities were said to have been retrieved from crashed flying saucers. Seargant First Class Clifford Stone claims to have worked as part of a team that recovered the saucers and beings inside them.

So who should we believe? Phil Larson, a senior member of the White House or the thousands of government officials, astronauts, pilots and insiders that took part in Greer's Disclosure Project plus all the witnesses, contactees and abductees that have come forward and all the government staff who claimed to have worked on reverse engineering extraterrestrial technology?

Maybe you should check out the investigation.