Wilhelmina, a sociologist, is into phenomena that affects the society and vice versa. Indeed, it is a two-way traffic.

Women experience several issues, they include:

Recently, women are more into career more than family life. Women are employed and spend most of their times in offices working than creating homes like the old golden times. Additionally, their work schedule is usually tight to an extent that they fail to create time for their children.

The best way for a mother to handle such a situation is to plan her schedule well in a manner that she spares time for her children and work separately. Additionally, she should not involve work matters in her time with her children. By doing so, she will get to completely bond with her children.

Many opportunities are gender-oriented. This implies that there are certain opportunities which are meant for men and others for women only. A good example of a job opportunity that is meant for men only is the construction jobs since it is perceived that masculine energy is a necessity for it.

On the hand, when it comes to political leadership, men are allowed to vie for political seats more often than women. Women are considered weak hence they cannot rule. Come to think of it, even when women claim to be running for political seats, men hardly cast their votes for them because they view them as incompetent.

Traditionally, women were not allowed to work, make decisions or even go to school since all these responsibilities were meant for men. Even today, some communities still deny women equal access to opportunities such as going to school and working. Generally, it is high time society started advocating for equality especially when accessing opportunities.

Ever since feminism emerged, patriarchy has been threatened. Feminism has empowered several women to work, get educated and get their full rights. Generally, patriarchy is all about the male gender being the head in family.

Many men recently feel threatened when their wives go to work, earn salary or even get paid more salary than them. Why? This is because they think that when women work or get paid more than them they will take over the patriarchy roles.

I do not really think that feminism should be such a threat. Moreover, gender equality is never a bad thing. It will be better if the society realized that feminism is not about doing away with patriarchy roles but rather it advocates for equality on both genders.

To understand more about feminism and women rights, click on the link below:

Many women are subjected to early pregnancies mainly because they can hardly cater for their daily necessities. For example, a young woman from a poor background, needs school fees, sanitary pads and many other needs.

Therefore, she decides to get into a relationship with a man who is able to cater for her needs not knowing what is in store for her. Later, she gets pregnant, drops out of school and all her hopes are lost.

This has been a common issue for many young women. They end up getting pregnant and do not know what to do due to lack of support from their parents and the guy who got her pregnant.

Early pregnancy can be reduced by offering women with free education and also creating job opportunities for them to earn something little for their upkeep. 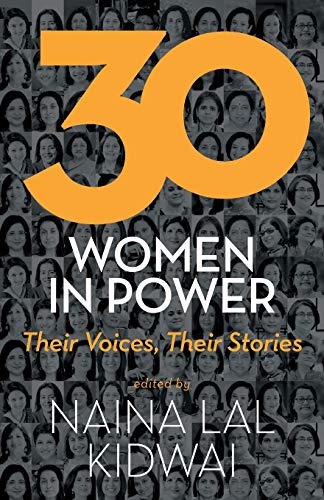 30 Women in Power: Their Voices, Their Stories
Buy Now

Many African parents expose their children especially women to early marriages because they cannot cater for their needs anymore. Some young women are exchanged for cattle as a marriage token.

Sadly, they are married off at a tender age to old men. At this point, these ladies lose their chance to build up their lives by studying and so, fulfilling their dreams is impossible.

Early marriages has been a complicating and trending issue. How to solve such an issue is a little bit difficult since most communities perceive it to be a tradition. Furthermore, they at an extent see women as not fit for education by only fit for marriage.

Recently, there have been many cases related to sexual violence. It turns out that most of the sexual violence victims are women. Some women live in fear because of what they have gone through. They even fear speaking out because they will be judged or isolated by their friends and family members.

Seeking justice for women who are victims of sexual assaults will be the best thing for them. Moreover, if we let an assaulter go freely, he will turn sexual violence into a habit and many women will get hurt. In addition to that, the assaulted should be provided with counselling services to help her cope with the current situation and heal as well.

Many communities have their own traditions and practicing female genital mutilation is one of them. FGM is a process whereby women undergo circumcision. Typically, FGM has tremendous effects such as pain, loss of blood, failure to give birth and many others.

Women who undergo FGM face a lot of pain which they suppress and fail to speak out because it is a tradition and so, they must conform to it. Furthermore, building of rescue homes will be a solution to every woman who is exposed to FGM.