When Benazir Bhutto was first elected Prime Minister of Pakistan at 35, she became the youngest chief executive in the world and the first woman elected ruler of a Muslim country in modern history. She served two non-consecutive terms, but later was convicted in absentia of corruption charges. In October 2007, she ended eight years in exile and returned to Pakistan to run for office. She was assassinated two months later.

(Image of Benazir Bhutto by iFaqeer on Wikipedia)

An updated version of "Daughter of Destiny," which was originally published in 1989, was planned for 2008 release before Benazir Bhutto was assassinated.

The updated autobiography, titled "Daugther of the East," is described this way by Amazon:

Beautiful, charismatic, and the first and only woman to lead a post-colonial Muslim state, Benazir Bhutto achieved international renown in her native Pakistan until charges of corruption forced her into exile in the late 1990s. From her upbringing in one of Pakistan's richest families to her subsequent politicization and her arrest following her father's execution, Bhutto's autobiography chronicles a life of strength, dedication, and courage in the face of adversity. This updated volume addresses her personal and political activities over the past two decades and how her country has changed since being thrust into international limelight following 9/11. Intriguing and impassioned, this is the life story of one of the most prominent female politicians of the 20th century. 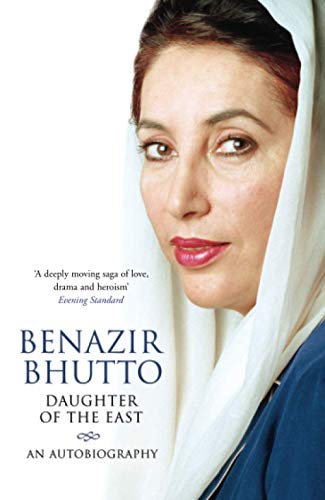 Daughter of the East: An Autobiography
Buy Now

The United States strongly condemns this cowardly act by murderous extremists who are trying to undermine Pakistan's democracy. Those who committed this crime must be brought to justice. Mrs. Bhutto served her nation twice as Prime Minister and she knew that her return to Pakistan earlier this year put her life at risk. Yet she refused to allow assassins to dictate the course of her country.

We stand with the people of Pakistan in their struggle against the forces of terror and extremism. We urge them to honor Benazir Bhutto's memory by continuing with the democratic process for which she so bravely gave her life." 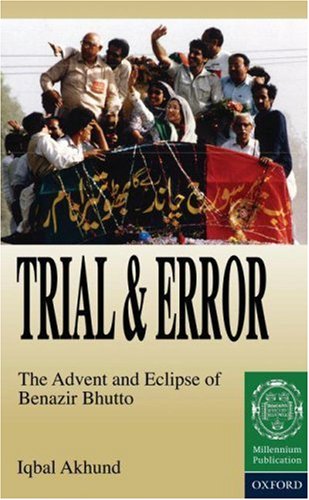 Trial and Error: The Advent and Eclipse of Benazir Bhutto
Buy Now

Highlights from the Pakistan leader's life

1973- graduated from Harvard with a degree in political science

1984 - Benazir released from prison and goes into exile in England

Dec 1988 - Bhutto sworn in as Prime Minister of Pakistan

1999 - convicted in absentia of corruption charges after failing to appear in court; the ruling was later overturned

Oct 2007 - granted amnesty against corruption charges and returned to Pakistan

How Will History Remember Benazir Bhutto?

Not the First Woman Leader to Be Assassinated

Benazir Bhutto is not the first female world leader to be assassinated. The former PM joins India's Indira Gandhi and Rwanda's Agathe Uwilingiyimana on the short list of women prime ministers who have been killed during or after serving their country as head of state.

News of Bhutto's assassination has prompted a number of eBay sellers to offer memorial gifts.

Before Bhutto Returned to Pakistan, we asked what people thought of her

Click the "Skip voting and see results" link to see how people voted.

You're Supporting The Acumen Fund