Are you ruining your relationship?

Many times we women do mistakes which results in ruining our own relationships. I have done that too! I spoiled my relationship which my close friends thought as a ‘happily ever after’ one because I was not in love with the man who was dating me. Despite of his best efforts to keep me happy and committed in the relationship, I was unhappy and wanted to break off without hurting him. We are still friends and he is now married to one of the sweetest woman I have ever known. I don’t regret what I did and I am very happy for him because by dragging our relationship we would not have got anywhere. He is a good friend and he will always be close to my heart. But I needed much more than friendship to say, ‘I do’. 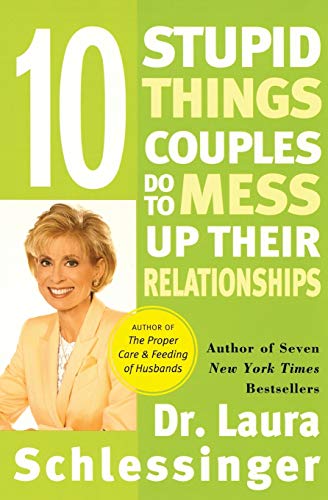 14 Ways to spoil a Good Relationship

Given below are a list of 14 ways a woman may destroy a relationship. If you find that you are consciously or unconsciously committing these mistakes, it’s time you change before it is too late to save your relationship by making amends.

1) Being Abusive: Men do not like being treated like dirt. If you value your relationship, you need to stop

2) Trying to Change him: When a friend of mine rejected an arranged marriage proposal because the guy was a Casanova, her father told her that she can change him once married. It is not only the Parents who think that way, women in relationships also tend to think that they can mould the guy the way they want after getting into the relationship. Many women lose their men because of their efforts to change their habits, taste of clothes etc the way they desire. Most men dislike being told that they need to change. Some interfering women may even go to the extent of threatening to dump them if their men do not change.

3) Being Bossy or Clingy: These traits can be equally destructive for a healthy relationship. While some women make the mistake of clinging to their men and not giving them space, others get into a dominating mode. Just remember that a Guy has his own identity and life too!

4) Being Defensive and criticizing: People can get into the defensive mode when challenged or criticized by their partner. It is noted that many women try to justify their behavior or mistakes even when they are wrong instead of admitting that they made a mistake. Also constantly complaining or criticizing the flaws in your Guy can damage your relationship. When such things occur regularly, it could result in unhappiness among couples. If you want to have happy and healthy relationship, be ready to accept the mistakes and take efforts to make amends.

5) Talks about him: It is noticed that some women have the habit of sharing things about their partners with friends and family. Many women find it quite cool in talking about the graphic details of their intimacies with friends apart from sharing the problems in relationship. Men are extremely sensitive and can get hurt by such behavior from their women. Keep whatever is between you and your man between yourselves and do not discuss with all and sundry. If there is a fight, try to resolve it without involving a third person.

6) Talking about Ex Boyfriend: Bragging about Ex is a common mistake many women commit. Many women are seen comparing their current boyfriends or husbands with their ex’s. This is an indication that you are still carrying the previous relationship baggage. Men hate it when a loved one talks highly about any other man and may take it literally even if your intention was just to create jealousy.

7) Being Unfaithful: Infidelity is a major reason for relationship break ups. Do not cheat on your partner or do things which could brand you as unfaithful. Gaining the trust of your Partner after betrayal could be a difficult task.

8) Talks about Money: Are you proud that you earn more than your guy? Men like to take the lead. While it may be okay to discuss about managing the finances of home with your man, it may offend him if you keep on bragging about your pay packet. It can cause an ego hurt for a Guy and he may end up having an inferiority complex especially if you are earning more than him.

10) Being Selfish:Do you always try to get things your way? Are you only concerned about your needs and desires?When you care only about what you want and consider others needs much less important, you are destroying your relationship. You should be as much a giver as a taker if you want to have a successful relationship.

11) Being Dishonest: Honesty is very important in relationships. Being dishonest to your partner can make you guilty. It is better to trust your man with the truth that letting him find it out from anyone else. If you lied and got caught, he may never trust you even if you are telling the truth. When trust is lacking in a relationship, it is less likely to succeed.

12) Not listening or Talking: Good Communication is an essential ingredient for any successful relationship. Not listening could be worse than responding negatively. Share your problems and happiness with your Partner and also try to be a good listener when he talks. By doing it you are letting your Guy know that you value his presence in your life.

13) Not expressing love: A women can express her love for man in many ways. Keep the romantic gestures and talks alive in your relationship. Even taking good care of your appearance and body is an expression of love.

14) Deny Reality: There are women who prefer to keep a blind eye when problems appear in relationship. Ignoring the problems and not accepting that there is a problem can destroy a relationship. Problems and troubles do not vanish on their own; you have to deal with it.

All the mistakes listed above can destroy a relationship. There is no point in regretting later. Check out my Hub on How to be a Good Girlfriend for tips on having a successful relationship. Have I left anything out? Feel free to add through comments.