How Divorce Works in Downriver, Michigan? A Guide To The Overall Process

For majority of married couples wanting to end their marriage officially, absolute divorce (contrary to partial divorce in other parts of the world) is the way to go. This course of legal action is not as simple as what we see in the movies though, where, after chapters of hardships and fights, one pair decides to move out of the house, and then either the husband or the wife meticulously plans (and practices) the mere gesture of having that piece of paper signed. In other words, they resort to cohabitation with another partner, which is illegal even though they mutually agree about it.

This type of separation is complex in that it deals with personal circumstances surrounding the claim for divorce, and it oftentimes results in handling other issues depending on the parties involved, such as alimony, funding sustenance for the minor children, custody and visitation, and other complex financial and support matters. They have to divide their properties accordingly — who is going to get this and that, what are those allotment for the kids, and how to divide real and personal properties.

In addition, it also involves looking for someone to blame for the break up and to be accountable subject to certain conditions. The husband or the wife cannot just go to court and say that they want to stop their marriage right away. They must be able to show that there is something irreparable between them. They must show evidences. This goes to say that this process takes time and requires strong moral support from their families and friends due to the emotional struggles that may occur as a result, especially to the aggrieved party.

Overall, divorce is a complex process. However, in Michigan, this has been made a convenient and pain-free legal action due their practice of the so-called “no-fault divorce”. This type of system does not require proof of fault or allegation for the process to take place. It does not look for someone to blame nor does it look for the reasons on why the relationship failed. But is that really all that it requires? Read on to know more.

There are three different approaches to terminate a marital relationship in Michigan: annulment (declaring the marriage as if it never existed), separate maintenance (legal separation, meaning the couple remains married by name and by law, but they have to equally distribute the value of the conjugal properties between themselves and agree on monetary funding for minors), and divorce (a law suit lodged by one of the spouses, ending the marriage and any possibility for reconciliation.)

Aside from the physical, mental, and psychological involvement in the process, financials play a big role too. It is expensive, so the longer it takes to get a verdict, the more costly it becomes because of legal fees and other procedures. Therefore, the agreement of both parties of utmost importance.

Filing the complaint in the courts is the trigger. This is done and is settled in the county Circuit Courts of Michigan. The first requirement for the petitioner is residency: at least 180 days in the state and ten days in the county.

He/she also has the option of either getting an attorney or just himself/herself as representation and legal counsel. There are several esteemed divorce lawyers in Downriver, Michigan who can and will take these types of concerns.

Once the lawsuit is filed, the respondent is given 21 days to counter and the case defaults if no response is received. If there are no other concerns for discussion, then waiting period for final decision is at least 60 days. If there are, then the hearing will last for at least two months.

Provisions or interim orders are part of the litigation if the separating party brought up issues, including domestic physical abuse, financial matters, or minors. These documented stipulations are called ex-parte orders, they are executed by the courts and are in effect during the litigation process.

The case can go three ways: mediation (a third party is required for settlement, usually another neutral attorney or a referee from the FOC), arbitration (same steps as mediation, but the agreement is binding), and trial (happens when the parties were not able to reach a settlement.) The conclusion of any of the methods is a Judgment of Divorce.

The resulting judgment is dependent on so many factors. Aside from the artefacts and the verbal and written arguments, the Judge is one of the most important elements. Each judge is unique and has a different background in terms of experiences and biases.

The outcome of the decision is usually tantamount to his/her reputation, that is why hiring a lawyer is your best bet in achieving the results you want. They are very much aware of what and how to convince the judge of a positive conclusion of the case.

Listen to what a child says about divorce.

Do you think it is a correct decision to end a marriage? 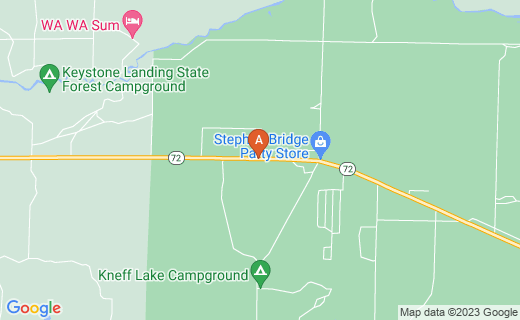