Living Together: Will it Decrease Your Odds Of Getting Married?

For generations older women have posed the following question to young women with regard to getting a man to propose: “Why buy the cow when the milk is free?”

If we truly believe men and women are equal than one sex has no advantage over the other by cohabitating. There is a presumption the woman wants to get married and the man doesn’t.

According to Dr. John Curtis Ph.D. (women who only cohabited with their fiancée first divorced less than women who went straight into marriage.)

Several articles have been written recently stating couples living together seldom get married. However they fail to mention most relationships rarely lead to marriage period. (If they did we'd all be married to our high school sweethearts!)

Further more according to a recent article in Psychology Today more than 50% of couples that marry today have lived together before hand. This suggests cohabitating does not decrease the odds for marriage and may in fact increase the odds slightly.

Living Together Is Not The Problem

The ultimate goal is to find someone who wants what you want.

(If a man really wants to marry you he will marry you whether you live with him or not.)

Very often it’s simply a matter of convenience regarding cutting down travel between visits or for saving money.

A woman who finds herself with a man who has not proposed should not believe it’s because they “live together”. Odds are if they did not live together he still would not have proposed. A man is not going to propose to most of the women he dates! That's reality!

A marriage takes place when both people want to get married.

Living together: Is it "the new marriage"?

There has been a major rise in couples electing to live together rather than get married.

Books such as John Curtis, “Happily Un-Married Living Together and Loving It” are serving as guidelines for those who don’t want to marry.

Goldie Hawn and Kurt Russell have been living together for 27 years.

With a divorce rate approaching 52% one can hardly say being married means "being committed for life". Until death do us part is rare whether one is married or cohabitating.

The most important thing is to make sure you are doing what you want to do.

Apparently things are changing among the senior set.

More and more grandparents aren’t following the advice they give to young women.

According to a recent U.S. Census Bureau report the percentage of unmarried senior couples 65 and older rose significantly. (1.8 million cohabitating couples age 50 and over) is a 50% increase from the year 2000. http://marriage.about.com/cs/cohabitation/a/cohabseniors.htm

One explanation in my opinion is the influx of seniors today is comprised of “Baby Boomers”. This generation introduced the world to “flower power”, “free love”, hippies, the drug culture, and the famous “Don’t Trust Anyone Over 30” saying.

In hindsight I suppose we really shouldn’t be too surprised.

When Marriage Is The Goal

If you want to marry the person you are considering moving in with then wait until you are engaged and have mailed out your “Save The Date” notices before packing bag number one! Make sure you are both moving in with the same goal in mind.

“A Goal Is A Dream With A Deadline” 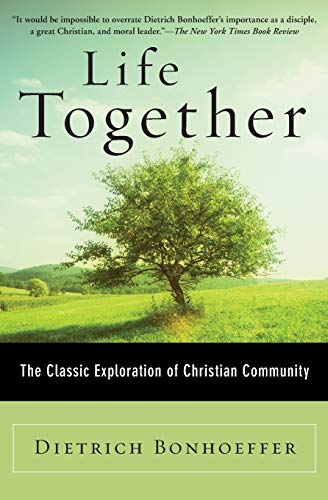 Life Together: The Classic Exploration of Christian in Community
Buy Now

Happily Un-Married: Living Together and Loving It
Buy Now