Women Initiate Divorce 66% of The Time: Why Do They Want To Get Married?

Every month it seems articles are written for women giving them tips on how to get their men to commit, propose, or marry them.

Suggestions range from cooking a particular meal, spoiling him to death, to breaking up with him so he'll miss her and realize she's "the one."

Author Sherry Argov took it a step beyond the "break up" technique when she wrote her book “Why Men Marry Bitches: A Woman's Guide to Winning Her Man's Heart”

She states women who are too nice don't get their man.

According to these types of books, seminars, and articles it seems like marriage is something men have to be tricked into, sold on, or given an ultimatum in order to get them to pop the question.

Ironically according to recent statistics it's women that file for the majority of divorces. (Men on the other hand are likely to "remarry" sooner then women).

"Compared with women, men remarry sooner and more often and generally marry someone a few years younger." This could lead one to believe that once men have been coerced into marriage by their first wife they see more benefits in tying the knot.

Sex would take place on a regular basis and most meals would be home cooked.

However if there's a divorce he would be the one moving out of the house, becoming a weekend parent while continuing to support his ex and children financially.

Once the sexual revolution was in full swing and women joined the workforce in record numbers the dynamics of married life changed.

In addition better birth control options for women allowed for an increase in premarital sex while reducing the accidental pregnancies.

Marriage was now an unnecessary legal hurdle in the eyes of many men.

As women became more equal to men in the job force they also began to feel less inclined to get married.at younger ages..

Aside from the "biological clock" factor we live in an age where women have most of the same options as men in relationships.

Why do women continue to want to get married in higher numbers than men? Instead of dropping hints,hoping, praying or trying to manipulate a man into proposing.....etc Why don't more women just pop the question instead of waiting to be asked?

The real power belongs to the proactive person that's asking.

Sure the response may be "No" but he/she can move on to ask another person long before the reactive/respondent person is asked again.

One theory is the " romantic fairytale" lives on even in 2012.

From childhood little girls dream of some day having a man kneel down on one knee and ask them for their hand in marriage while offering a beautiful diamond ring.

They want to walk down the aisle dressed in a magnificently stunning white dress while everyone's eyes are glued on them. For just one day in their lives they want to be a "princess" When it comes to weddings the groom is little more than a prop. The guest stand up only for the bride's entrance.

If things aren't going according to her plans she may turn into a "Bridezilla" according to one TV show. Most men would rather not deal with the stress of picking colors, flowers, invitations,tasting sample foods, and deciding who will be seated next to whom during the reception. Those men who do want to make some of the wedding day decisions often end up having the first of many real power struggles with their future wives. Men approach the idea of marriage differently from women

When it comes to reception traditions single women quickly stand in packs ready to compete with each other to catch the bridal bouquet. Single men on the other hand are pushed out on the floor for the tossing of the garter.

Going to "the next level" is often times the last level.

The real thrill is becoming engaged and preparing for one day.

It's as if the real push is to have a perfect "wedding day" and not a wonderful "marriage".

So much excitement and focus is placed on the wedding day as opposed to what life will be like moving forward year after year. Once the big day is over, the dress has been put away, and the honeymoon is over the day to day marriage begins.

A woman that elects to have children and stay home with them oftentimes becomes resentful of the husband that gets to go out into the adult world each day. In fact she may feel as though she gave up some of her identity, her dreams, & goals.

Even when a woman decides to continue her career more often than not she is still saddled with taking care of the bulk of the home chores, cooking, cleaning, tending to childrens needs while her husband comes home from work to relax.

"The majority of midlife divorces are initiated by women. Don't believe it? In the AARP survey, 66 percent of women reported that they asked for the divorce, compared with 41 percent of men. And men more often than women were caught off-guard by their divorce.."

"The perceived benefits of divorce differ by gender. Women were far more likely than men to say that having their own self-identity was a top reward....

.......43 percent of women said they emerged from the split against remarriage.

Only 33 percent of men said they wouldn't remarry."

" women file for divorce and are often the instigators of separation... Furthermore, divorced women in large numbers reveal that they are happier than they were while married."

The leading cause for divorce is selecting the wrong mate.

Be careful what you ask for!

Who actually filed for divorce in your prior marriage?

Life after the divorce 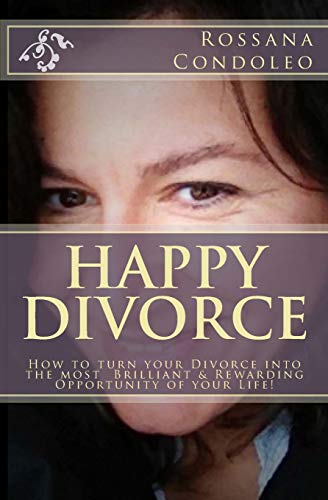 Happy Divorce: How to turn your divorce into the most brilliant and rewarding opportunity of your life! (Personal Happiness in Divorce and Single ... and live a happier and more fullfilling life)
Buy Now

Life After The Divorce