How to Stop Teen Dating Violence

How Bad is Teen Dating Violence?

Many people have asked on ongoing a series of questions about teen dating violence and solutions are still emerging. The phenomenon has become a major pubic health risk in America as a part of a larger health risk comprised of all types of interpersonal violence examined by the US Centers for Disease Control and Prevention and the National Institutes of Health.

Questions and some solutions for the problem that are presented below come from professional sources and over two decades of professional practice in:

Question: Will girls that have been in an abusive relationship ever be safe once they get out of the abusive environment?

They can be. They need to cut out 100% contact with the person and be prepared to report to the police and follow through with legal charges, if they are harassed and stalked. Every time. They must become known for not accepting abuse and disrespect. They must also practice wisdom in not going to dangerous places and not traveling alone at night, etc.

Question: How many abusive teen relationship cases are there annually?

This is impossible to know for sure, because many cases are unreported. Boys, girls and many adults of each gender are afraid that the dating partner will kill them or post something awful on the Internet about them.

Whatever the National Institutes of Health publishes as the figure, I estimate that doubling it will be a more accurate view of the problem.

Question: Does teen dating violence relate to problems there may be at home?

This is sometimes true. Violence can also stem from physical problems: drug and/or alcohol consumption; brain, adrenal, or pituitary tumors; hormone imbalances; brain chemical malfunctions; and many other physical conditions. However, violence is largely cyclical and generational among both targets and perpetrators of violence.

Violence often infests future generations and in fact, some perpetrators feel initially that it is unfair of them to have been abused without being able to pass abuse on to others.

One interesting case is that of a dating related murder in Aruba in 2005 -- I am eager to read any future book regarding the Natalee Holloway abuse and killing, to see what authors and analysts determine in that particular case. Approaching 2020, this case is still unsolved. 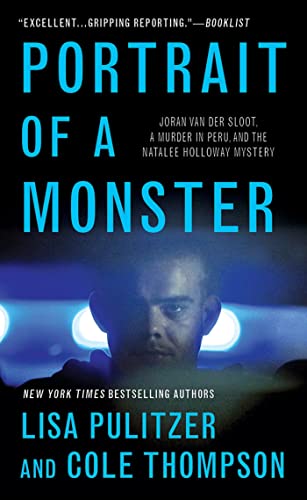 Portrait of a Monster: Joran van der Sloot, a Murder in Peru, and the Natalee Holloway Mystery
This book is an in-depth examination of the background and behaviors of Joran van der Sloot, who was accused of murdering an 18-year-old girl on an island vacation. Interested in stopping teen violence, I was glued to the news media during the initial investigations and later was compelled by this book to keep reading to the end. Like this case, many teen dating-violence incidents are not investigated thoroughly and many young people die every year from interpersonal violence.
Buy Now

Question: do you know how much abusive relationships have increased in the past year until now?

There is not an easy way for me to know the answer to this question, because of the dearth of reporting of many cases of physical and other types of harm happening.

If you are interested, call your local police department for local statistics and opinions. However, the more populated an area becomes, the more violence of all kinds is likely to happen, based on the famous rats-in-a-box research.

The rats-in-a-box experiments were done from about 1960 to 1968 by John Calhoun in Maryland with the help of the National Institutes of Health. Researchers began simply with one rat in a box and began adding rats and observing their interactions. Over the years, experimenters came to believe that at a certain threshold (depending on box size), adding one too many rats in an enclosure led to some fighting (sometimes to the death), some self-harm, some grooming to avoid interaction, and some long term sleeping as an escape.

Question: What are some solutions to this problem?

Screening parents for abuse in their lives before allowing them to have children would help a lot, but that won't happen. Such screening is too difficult to enforce and likely unconstitutional in America.

One of the most effective things to do to create a healthy society is to allow a mother to bond completely and in a healthy way with her newborn infant for at least 12 weeks, without the presence of any person who displays unhealthy behaviors.

Question: Would parents know if their child is in an abusive relationship?

Teenagers may hide the fact that a friend is abusive to them, so parents might not know about this. If they know, they may be afraid to act.

Unfortunately, if parents are abusive themselves, they sometimes think the child deserves abuse from others; and some parents don't care.

Some Symptoms of Teen Dating Violence

Question: Do you know girls that have escaped abusive relationships, and how they are dealing with their past?

Yes. many teen girls leave that sort of relationship and think they are healed, but they are not. Physical trauma, when related to the violence, can heal - though some are scarred for life, but psychological trauma can go on forever. Nightmares and mistrust of others can go on for 30-40 years or more. One woman I know finally divorced her dating/marriage abuser when she was in her early 80s (after 60 years). This is a large problem.

The artifacts of this continued psychological trauma often present themselves in the girls that do not receive counseling and support as: being evasive, manipulative, controlling, and lying (all avoidance techniques); Post Traumatic Distress Disorder; attraction to abusers and.or men or other partners that suffer a range of mental illnesses that can include alcoholism and drug addiction; and others. Some of these individuals suffer such ongoing long-term trauma that they are unable to finish high school or college or to secure and retain employment.

Some targets of dating violence and abuse feel that they are special/different because they were abused and survived. They begin to put down others as inferior and some, even to perpetrate violence, on others which usually begins on the verbal level and escalates. They are not pleasant to be around.

Some commit suicide. Some die after receiving a "date-rape" drug and ensuing physical trauma. Some find professional help on their own. Some say they will never heal completely, even with medical, psychological, and support group interventions, prayer, and whatever else is available.

Prevention is the best way of handing dating violence. Education and awareness can be a first-step part of that at home and in school. However, babies must be taken care of now to stop the chain of future abuse, or it will continue.

Newborns today have the best chance of becoming healthy adults in the future and shutting down violence and abuse. Initial bonding, proper care and treatment as a human being with rights, and parental education can facilitate this effort, but we cannot mandate all of that with legislation.