In the previous chapter, Merci uses manipulation to get her long-time boyfriend Phil to propose; when that doesn't work, she joins a Christian Singles Ministries church, grabs the first man to come along, and moves her wedding date up six months. To read about it, please visit this link:

In chasing what I thought were moonbeams, I had run into a couple of walls.

After not seeing or hearing from Merci for a month, I called again, and discovered her number had been changed. Startled, I dialed her new number, and she answered.

“Who?” she asked, in a puzzled voice.

“I noticed you changed your number.”

“I just did.” She sounded defensive; I couldn’t understand why.

“Yes,” she answered, too quickly.

“That makes sense. How are things with Kevin?”

That was my birthday.

“You’ll get an invitation to the wedding,” she added, after a long pause. 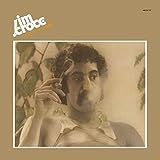 I Got A Name

This album contains the song, "The Hard Way Every Time". It also contains many other great songs by Jim Croce.

Her iciness was so unexpected, I didn’t know how to respond. “Uh – where are you living now?” I sputtered.

“In a condo in Redwood City.” Same town as my workplace.

“It must be great to have a much shorter commute.”

“Actually, I’m returning to work next week. I injured my knee during the move.”

So that was why she was being so cold. She must be mad at me for not assisting her in her time of need. But how could I, since I hadn’t known about it?

“I can help you out. I work in Redwood City,” I told her.

“No, that’s ok. My benefits took care of everything.”

Apparently, she didn’t even want my help. “Uh – I gotta go now,” I told her, not knowing what else to say.

“All right. I’ll send you a wedding invitation, and one to the shower too.”

A month later, I received an invitation to her wedding shower. It was being given by Kevin’s sister, in El Cerrito. As cold as she had been over the phone, I wasn’t sure whether or not to expect one, but figured I must have misunderstood something. So I bought her a white silk charmeuse camisole and tap pants set. Since she was my oldest friend, I wanted to get her something nice.

...But you don't know quite what is happening here, do you, Miss Raven?

I knocked on the front door, on which hung a bridal tiara. It was answered by a blonde woman who introduced herself as Kevin’s sister, Denise. I had driven 50 miles to attend Merci’s wedding shower in El Cerrito. I entered in to find a room full of strangers; not one Salt Shaker member was there. The only person I recognized was Merci’s mother, who sat quietly in a corner, appearing to be in a resigned state.

Merci stood across the room. She waved to me briefly, then returned to the involved conversation she was holding with a couple women. I walked up to her. “Hi, Merci”.

“Hi,” she answered coldly, not returning my hug.

I went over to Merci’s mother, who received my hug in a way that confirmed her resignation. I sensed discomfiture about this situation, but decided to ignore my feelings. “How have you been?” I asked, sitting next to her. I hadn’t seen her since my high school graduation.

“We’ve been fine,” she answered. “Patty and Norma both got married a few years back, and have started their families. My husband and I are busy as ever with our church.” Patty is Merci’s older sister, and Norma is her younger one. I looked around; neither one was here. Merci was talking very animatedly with Denise; she seemed to be ignoring her mother as well as me.

“How are Norman and Eric?” I went on, referring to Merci’s brothers. This party was beginning to seem downright creepy, but I was determined to squelch that sentiment. Salt Shaker Christians do not act this way; the problem must be with the way I was seeing things.

“How’s Coco?” I asked, regarding their very talkative orange cat that had followed me everywhere, whenever I visited.

“Unfortunately, she died in the house fire we had 5 years ago. She was very old, and couldn’t escape.”

“Oh, how sad!” I mourned. Coco had been a real charmer.

“Time to eat, everybody!” Denise announced.

We all gathered at the table, and had soup, sandwiches and salad. Merci continued to ignore me, chattering away at the head of the table with those sitting nearest to her; I couldn’t follow what she was saying.

After the meal, Merci headed over to a pile of presents. Mine was on top, wrapped in her favorite color of pale blue. Merci reached for a gift; not mine, even though it was the most accessible. One by one she opened them; most were synthetic lingerie. Each time, she thanked the giver profusely. Finally, mine remained as the last one. She reluctantly opened it. Everyone oohed and aahed when she took out the white silk charmeuse camisole and tap pants set. Everyone that is, except Merci, who gave it a bored look.

“That’s not just lingerie,” Denise commented. “You can wear the camisole when you’re going out as well.” The others joined in agreement.

“Thanks, Raven,” Merci mumbled, putting it back in the box. 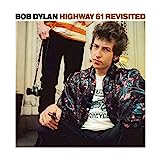 This album contains "Ballad of a Thin Man". It also has one of Bob Dylan's most famous hits, "Like a Rolling Stone".

Five minutes later, most of the women walked out the door. “I’m glad we’re not playing all those stupid games usually done at wedding showers,” Merci said, too cheerfully, as they exited.

All that remained were Denise and a couple others. Merci suddenly greeted me warmly. “Hi, Raven, so glad you could make it! So your old car didn’t break down along the way?”

I was puzzled. “W-why would my car break down?”

“Well, it’s the most you could expect, being struggling and single, right? What you really should do is go to Coupled Christians Church to meet a guy, like I did. That’s why I’m able to graduate from an apartment to a condo. Meanwhile, you don’t even have your own apartment; you’re still living in that boarding house, right?”

I remembered she had moved into the condo 2 months ago. Was she shacking with Kevin? I couldn’t believe it; this was dead set against church rules!

Before my shock could register, she delivered a nasty blow. “Of course, there’s nothing wrong with living in a boarding house. It sure beats being homeless, right? How long were you homeless? What was it like?”

“Now, that’s ok! You can talk about it! As a social worker, I’m fully aware many foster kids who age out of the system wind up homeless! What was it like being a foster child?”

I stumbled towards the door. “Bye,” I said to everyone, who looked almost as flabbergasted as I felt.

I sat in my car for several minutes before starting the engine. I tuned the radio to a talk show, and paid as much attention as possible to their boring political conversation as I drove home.

A week later, I received a very nice thank-you note from Merci, though it didn’t mention that the teddy set was silk. I told myself she’d never been a fashion-conscious person, and left it at that.

Did Merci's manipulation work this time, and the wedding take place? To find out, please visit this link: 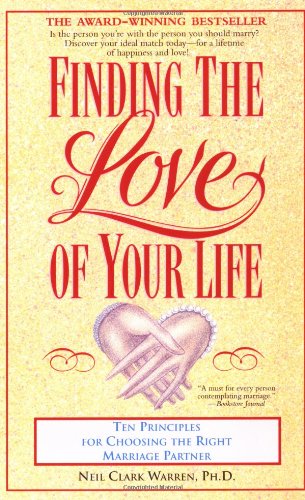 Finding the Love of Your Life: Ten Principles for Choosing the Right Marriage Partner

Merci could have benefited from reading a book like this - and so could have her fiancé!