How To Say I LOVE YOU

What sort of love help do you need? - click the links below to jump to the different sections

"I Love You" is one of the most complex phrases in human communication. Or at least that's how it seems to be for many people, especially when they think they are in love.

The big issue of course is WHEN to say it. Is the time "right?" Most people worry if the other person feels the same way, and are either hoping or fearing if the other person will say it back to them or not. There are some links here to help you with those issues in case you are having a problem with that. Saying "I Love You" to a partner and having them say it back can be one of the coolest things in the world.

If you're looking to explore the universal language of love a bit more, there are tons of translations of the actual phrase in hundreds of different world languages.

And if you're already in love with someone, but you want to do something really special to let them know just how much you love and appreciate them in your life, there are tips and suggestions for different gestures and actions which express love and affection.

Are you the one in the relationship who says "I love you" first? 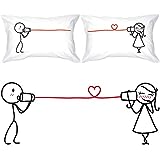 For the One you Love 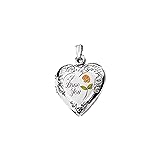 The Languages of Love

If you're going to work on being able to say "I love you" in different world languages, you might as well start with the language that let you communicate with the most people.

Here are the ten most-widely spoken language in the world. Totals reflect a combination of primary and secondary language speakers (meaning people for whom the language is their native tongue and people who have learned the language as a second option)

How to (literally) Say "I Love You" in Different Languages

For the Geeky Love of your Life 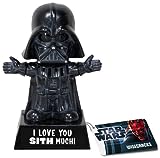 Funko Darth Vader: I Love You Sith Much
Buy Now

A Dog That Can Actually Say "I Love You"

What is more important: saying "I love you" or demonstrating that love without words? If you want to explore one of the more interesting angles of relationships, ask people that question. How one expresses love or has it expressed to them can be one of the biggest conflicts that a couple can encounter.

For some people, the verbal affirmation and reassurance is crucial to their emotional well-being. Hearing those three words brings feelings of well-being and peace. To not hear them starts a voice in their own head, suggesting that something must be wrong or that the other person doesn't return their feelings.

However some people feel that words are just a verbal statement and not any tangible sort of proof. To them love is better expressed or demonstrated by some type of action, or actions that go along with the verbal expression. They are more reassured by something they can see instead of just something they hear.

Understanding which is more important to you, and which is more important to your love mate is often one of the keys to a healthy and long-term relationship. Someone who feels love is expressed via gifts might be very unhappy paired up with someone who feels that material items are not a good way to express love and vice versa. You don't have to exactly match your lover as long as both of you understand what each person needs and how each person prefers to communicate their feelings.

How To Say "I Love You" Without The Words

What I Love About You

So, before you start to get down to the details of where and when you want to tell your lover that you love them, take some time for yourself and carefully think about why you love them. This doesn't have to be a long list but it should reflect more than just surface details of your lives. What experiences have the two of you shared? Are there activities that you do together? What are the everyday little gestures that other person does for you which you don't always notice but which really make a difference in your life?