Serial Monogamist: Is This the New “Bad Guy”?

Nationally syndicated columnist Betsy Hart and author of the new book From the Hart responded to a comment she made regarding George Clooney the in an interview with The Christian Post.

CP: In your book, you talk about George Clooney and why women everywhere should stop sleeping with him. Why pick on him?

Hart: “He's a very high-profile confirmed bachelor, that's why. My theory is that women everywhere in the world should make a vow that they're not going to sleep with George Clooney – or men like him – outside of marriage. These guys go around breaking one heart after another because women don't believe the men when they say they do not want to ever get married. Every woman thinks she will be the one to change him and they don't. Meanwhile, they're living with him and giving him all the benefits of marriage. Of course he's not going to get married. I believe that if women everywhere stop sleeping with George Clooney, he would in fact get married.”

Several months ago I came across an article concerning the breakup of actor George Clooney and his former girlfriend. Over the years it has been widely reported that George who was once married has no intentions of ever getting married again.

By most accounts it appears that George is faithful while he is in a relationship. He does most of the romantic things women clamor for. (Trips around the world, shopping sprees, lounges at his villa in Italy, dinning in 5 star restaurants, attending Hollywood premieres and award shows).

In his spare time when he is not making movies or enjoying the fruits of his labor he is trying to avert a war in Africa. He’s made several trips to Capitol Hill in an effort to get government support. Compared to many in his trade George Clooney is fairly “scandal free”

As was mentioned earlier George makes it no secret he does not want to get married. The women he dates are fully aware of his lifestyle choice. And yet after each breakup there appears to be sections of the population that paint him to be a bad guy.

Besty Hart's assertion that these women are giving George Clooney all of the "benefits" of marriage appear to be outdated in my opinion. Her notion that George would get married for the purpose of having sex harkens back to an era when women were asked to reflect upon the following question; "Why buy the cow when you can get the milk free?" This way of thinking buys into the notion that living together will decrease your odds of getting married. However according to recent statistics over 50% of newly married couples actually lived together prior to saying, "I do." For more details read my hub Living Together: Will it Decrease Your Odds of Getting Married?

“Why date if you don’t want to get married?”

This question was actually posted as a comment by one female reader.

It’s almost if she were saying he was wasting these women’s time. I began to wonder if people really felt being in a monogamist relationship which does not result in marriage is a waste of time.

Does it negate all the wonderful experiences a couple shared during their time together? Should people not looking to get married spend eternity going to restaurants, movies, plays, concerts, traveling, and numerous other events (alone) for the rest of their lives? Should they only have sex with escorts or one night stands? Are holidays only meant for families and couples who are married or planning to get married?

Have we really gotten to a point where a man who is honest about "his intentions" up front is considered "a bad guy" because he sticks to his word?

When a man states he doesn’t want to get married assume he is telling the truth! Marriage is a lifestyle choice and not a requirement for happiness. Life is a personal journey. If you don’t agree with someone you are free to move on. There is no “right” or “wrong” per se only “agree” and “disagree”. Ultimately we’re all looking for someone who agrees with us!

I'll let George himself respond to that female reader’s question.

Why date if you don't want to get married?

“Life is better with company” – George Clooney, from “Up In The Air” 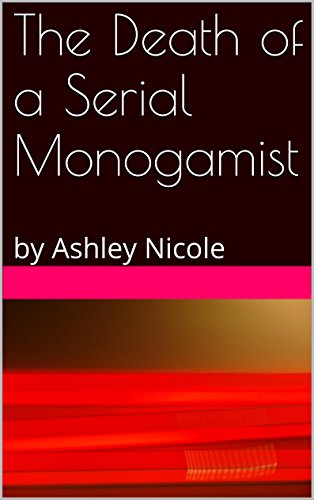 The Death of a Serial Monogamist: by Ashley Nicole
Buy Now