THE WEEPING KING
Never should you think that my loving saviour was weeping at Gethsemane because of those humiliation and things he was to go thru at Calvary. He is not a child that would start crying because He is to beaten or chastised, certainly not. The king was crying for something greater and more painful than the things He went thru at Calvary.
In fact, he is the most passionate person the world has ever known in history. He wept at the house of Lazarus when Lazarus died and he was about to raise him up, John11:35, He almost wept when He was close to the time of leaving the apostles. Men and brethren you must understand He wept then and is still weeping now just becos of the whole state of this present generation, my saviour could see into this generation of believers and people all the way from Gethsemane and says is this death of mine worth it? Would’nt it be in vain?
Believers of this generation! We bring tears to the face of Christ, we neglected his great commission and commandment and substituted for better things, we never learned to walk, work the way He did on earth and interceed the way He did on earth. We always see so many records of our saviour going to the mountain to do what? to interceed of course then later to the field. Believers of this generation are so much satisfied with the serenity and awesomeness of the cool spiritual atmosphere they enjoyed within the sounds of a chapel bell. They prefer to stay within the walls of the synagogue while souls are perishing. My question is what would Jesus do?: my master and saviour was never a church man but rather a man of the church, He was never a man of God but God’s man. You will not see him join himself to the priest in the synagogue. He assuredly affirm; “I must work the works of him that sent me while it is day the night cometh when no man can work”.
How long shall we put tears in the face of the king of kings. Brethren there is need for us to repent. What is heaven saying about your life? Can you feel the king’s heartbeat? Do you have the mind of Christ? Have you ever heard the Spirit of the king cry and weep? Have you ever joined him in the office of intercession or on the field? Gather believers, come together, seek his face, go at once, that His death may not be in vain and the promised manifestation be revealed.
join His army in the battle, please don’t be discourage.
We are his battle axe !!! .
Adesuyi Emmanuel 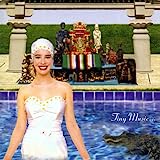