A Brief Look at Saint Augustine of Hippo

Aurelius Augustinus, better known to history as Augustine or Saint Augustine of Hippo, is a man that many consider as the most essential first century influence in regards to theological and philosophical discussions that were gripping the world during this era. He treads new ground that later Christian giants such as Anselm, Thomas Aquinas, Martin Luther and the like could use as a foundation for their own beliefs and arguments. This is a very brief biography of Augustine.

Augustine was born in 354 at Tagaste (which is now Algeria) to a middle class family. His father Patricius was a pagan and his mother Monica was a devout Christian. The relationship he had with his mother is equally as important as the relationship he did not have with his father, who received baptism at his death, but whom Augustine rarely ever mentioned – the first being two years after his death. [4] He received a Christian education and eventually went to school in Carthage, where as a youth his Christian upbringing was tested and he began to fall further and further away from this Christian belief and began to dabble in other beliefs. As an intellectual, Christianity did not appear to be the religion of choice and by the age of seventeen, he had all but abandoned the Christian faith – the faith that his mother, strong in his life, had instilled in him from birth. [3]

Augustine found himself attracted to a religion called Manichaeism, which combined many elements of various religions. What were most enticing for Augustine were their scientific interests and their appeal to reason rather than faith, which was the basis of his Christian background. Ironically, these same reasons would lead Augustine away from this religion. He began to question contradictions in their belief and when he encountered the lead bishop of the sect, Faustus, he found the bishop to be intellectually inferior to himself.[3] The turning point in Augustine’s life is when he discovered Platonism. He admittedly prayed, Make me chaste and continent – but not yet” [1] and found that Platonism provided him a clear vision of life devoted top truth, but no moral framework to live it. This embracing of Platonism stuck with him for the rest of his life. However, by the summer of 386 while in Milan, Augustine was in a garden with an open Bible nearby whereupon he claimed to have heard a voice many times instructing him to “take it and read it.” [3] As he arbitrarily read the first passage to appear, he later claimed, “my heart was filled with a light of confidence and all the shadows of my doubt were swept away.” [1] He then received baptism and went into a life of prayer and study with his mother, his son and some of his friends. [3]

It has been a subject debated by theologians and Christian historians alike as to the Platonist influence on his Christian faith. But according to German theologian and prominent church historian Adolph von Harnack,

So long, therefore, as his philosophy agrees with his religious doctrines, St. Augustine is frankly Neo-Platonist; as soon as a contradiction arises, he never hesitates to subordinate his philosophy to religion, reason to faith. He was, first, a Christian; the philosophical questions that occupied his mind constantly found themselves more and more relegated to the background. [4]

Augustine, from this point on, never wavered in his Christian faith even at the expense of a philosophical contradiction. If that doctrine went against his faith, his faith would win every time. [2]

Probably the most notable event in the life of Augustine was has been called the “Pelagian Controversy.” Augustine had written his Confessions and a British monk named Pelagius had come into sharp disagreement with Augustine. The Pelagian viewpoint was that God helps those who helps themselves and that if we are embedded with “original sin” it would hardly be fair for God not to provide us with a way to stop sinning. Augustine disagreed sharply and believed that we all are sinners, inherited from Adam and that God is the only one who can save us from that sin. If we had the means and abilities to do so, why did Christ suffer and die for the sins of humankind? This has led to the very controversial, even to this day, doctrine of predestination. [5] The Councils of Carthage (418) and Ephesus (431) condemned Pelagianism, but various iterations and variations of the belief continue unabated to this day. Reformed theology is squarely based on Augustine’s viewpoint. [5]

Near the end of his life, one of the other issues that Augustine confronted was the idea of baptism in regards to predestination. Even Augustine’s viewpoint on this topic has some Biblical flaws in it. During that time, everyone agreed that adult baptism washed away sins. Augustine argued that unless a baby was born with inherited sin they would not have time to accumulate sins of their own, thus rendering infant baptism futile. [3] However, his view that all of humankind, infants to the elderly are born of the original sin. The problem here is the idea that baptisms have the power to erase sins. The Bible clearly states that baptism does not grant salvation and is only an example of ones outward expression of faith. He is on target against the opposition of Julian, Bishop of Eclanum, who completely discounted the notion that the Lord God was capable of “inflicting punishment on innocent creatures...” with this observation of infants born with original sin, but backs it up with some false theology. During that period however, the idea of baptism as a salvation matter was widely accepted as the norm. [2]

Near the end of Augustine’s life as the Holy Bishop of Hippo, he had the clergy and people proclaim the deacon Heraclius as his successor to save them from the turmoil of choosing a successor. However, the revolt of Count Boniface and the all-Arian support sent in caused great turmoil in Northern Africa. Maximinus and Arian bishop entered with imperial troops. The siege lasted eight months and Augustine, extremely distraught by the events in his homeland resumed his refutations of Julian of Eclanum. During the early parts of the siege, Augustine was stricken with what he realized was a terminal sickness and three months later on 28 August 430, Saint Augustine of Hippo passed away. [4]

Confessions by Augustine, while certainly providing a primary source and the actual views of Augustine himself, is at times very difficult to read. To do a very in-depth investigation and study of Augustine that his Confessions is certainly a crucial piece and would need to be studied along with other texts of the time. From a historical standpoint, Confessions is a critical and valuable resource for comparative history research, regardless of whether that research is Christian or secular history. It provides a Christian-faith viewpoint and a first person account of the world in the first century.

The life of Augustine is impossible to summarize or to provide the detailed information on the contributions that he made to the Christian faith and the early church in such a brief space. As a philosopher, theologian, bishop and having submerged himself in other faiths and thoughts, Augustine became the de facto reference for future generations of theologians and Christian philosophers and apologists. His role in Epistemology, various ecumenical councils, doctrines of salvation and ecclesiology make him not only important to the Roman Catholic’s, but to the Protestant and reformed theology sections of the entire Christian faith. 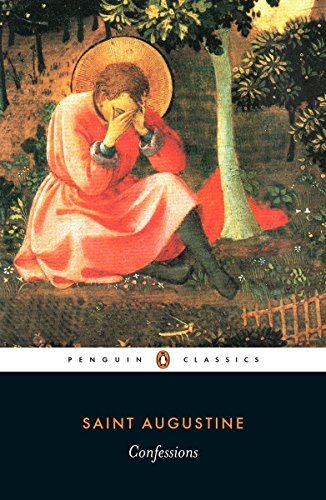