Heresy Today - Are You A Heretic? 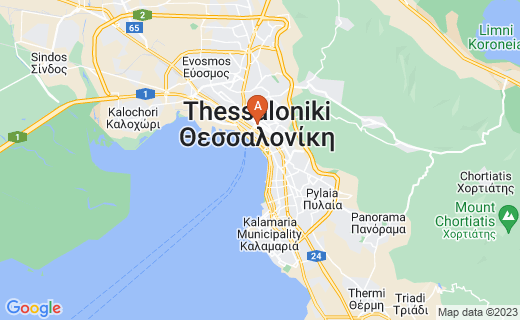 The birth place of Christianity's legal condemnations of heretical opinions. The northern Greek city is believed to have been founded by St Paul.

The Edict of Thessalonica

It is hard to discuss the history of Christianity, without broaching the subject of heresy; and all the violent conflicts it has caused the Christian faithful, throughout its development. The history of Christianity is full of different periods in time where religious tribunals, played a fierce role in the development of religious doctrine through the use of violence and fear tactics. The word heresy and all its implications played a huge role, in how that violence was justified over the span of two thousand years.

In my quest for answers, I have discovered many different elements having to do with the word heresy.

Looking Back and Changing Views

The Author's View On Heresy

As a child of the Roman Catholic faith, I often wonder what part of the Catholic religious dogma did Christ follow? Of course that answer is that he did not follow Roman Catholicism, and most likely would have never of followed it. Therefore, how did the early Catholic Church leaders get it so wrong?

I think there is a lot to be said about the early Christian movement. With so many different ideas and aspects of the faith in consideration, for a church to waiver in its convictions one way or another, created uncertainties and imbalances among the people. What we see today as cruel and unusual punishments, in the times of the Dark ages of the 12th century was a way of life, and the only way they knew how to maintain balance. Control the mob, hold the crown was their mantra. The Roman Catholic Church was founded by men, who held this belief firmly within their hands. It appears that what was not understood, became a reason to fear change.

With the invention of the printing press and the advancement of electricity into peoples' homes, the people of the world once again became better educated. With the light of knowledge, virtually at a person's fingertips, religious leaders were finally convinced that it was okay to embrace change. As human nature has evolved over the past two millenia, so has the original Christian ideals and religious philosophy.

More Religious Articles By the Author