Elijah is an Amazon best-selling author, blogger, previous columnist for an award-winning blog, past creative editor, socialite and traveler

In 1850 a burial ground was engulfed in weeds and shrubs and was deemed as a health hazard. In the summer of 1857, the mayor at the time, Benjamin V.S. Vedder appointed a committee to oversee the work in progress that is now the Vale Cemetery. The cemetery‘s growth was not possible without the generous donations by the president of Union College (who donated one plot of land), and the First Reformed Church‘s main entrance donation in 1867. Two plots of land were bought from Union College, and cemetery planner Burton Thomas had 1,000 trees planted, curving paths constructed, and the nearby Cowhorn Creek was dammed to create a small lake. Over the years because of financial difficulties, the cemetery bounced back from public private ownership.

Many notable figures are buried at Vale: the head of G.E., Charles Lewis who fought in the Civil War and shockingly, witnessed the assassination of President Abraham Lincoln in 1865, the first mayor of Schenectady, Frank E. Wickware, a pitcher for the Mohawk Giants in the Negro League, Francis Dana, an activist in the Underground Railway and writer for the Albany Abolitionist newspaper.

The first burial at Vale was that of a four-year-old boy by the name of Noah Vibbard Van Vorst. The oldest burial predates the actual formation of the cemetery, the remains of Elias Van Guysling who passed in 1695, however the oldest grave marker is that of Jan Maybee of the historic Mabee House in 1725.

Today Vale Park and Vale Cemetery spread over 100 acres of land and over 30,000 people are laid to rest. The cemetery is home to a mass African-American burial ground and a Revolutionary War veteran memorial.

In 2004, the cemetery and park was added to the National Register of Historic Places.

There are some legends that surround Vale, some true and some questionable. Interestingly enough (and sadly enough), the tale of “Lion” is a true tale (or tail if I may be so quirky). The Haigh Mausoleum boasts an adorable statue of a dog named Lion. Sadly, Lion’s owner passed and was buried at the mausoleum, Lion visited his master’s resting place everyday and was tended to by cemetery staff. People claim to see black and white figures walking the grounds, mysterious lights, spirits sitting in trees, and statues weeping and bleeding from their eyes. Some claim that ghoulish singing comes from the church on the grounds. Disturbingly enough, there are numerous people who claim that they’ve felt eerie vibes and then have stumbled across headstones with their full names upon them. Vale is referred to as one of Hell’s portals by magazines but I have not found any record or magazine saying such: just rumors.

Sadly, vandalism is prevalent at this historic and beautiful cemetery. A $500 reward is offered to anyone who‘s tip offs lead to an arrest.

When visiting, there was nothing “eerie” and we didn’t see anything ghostly. The only things we saw were beautiful trails, graves, mausoleums, some graffiti and lots of foliage. However, when we came to a clearing we came across something very disturbing: a rope and noose. One that would be used for suicide by hanging. I’m hoping it was a sick joke/prank to scare people, or perhaps a prop for some kind of horror video but I can’t help but wonder if it was used for something else. Other than that, Vale didn’t seem out of the ordinary. If anything, it seemed like a peaceful place with historic significance.

Check Out My Short Story! All Proceeds To Charity 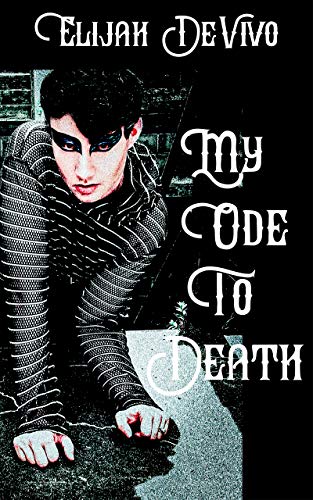 My Ode To Death
Buy Now