Are Christian Traits Obvious to Others as Corps Values are in the Marines?

Anyone that has served in the United States Marine Corps, is related to or are friends to a Marine, or witnessed their graduation from boot camp will know that in just about 3 months of rigorous training, a recruit is totally molded and shaped into one of the toughest soldiers in the world.

Most people enter the military just after high school or early 20's, often not really clear on what they want to do for the rest of their lives. These young people go in undisciplined for the most part, occasionally immature and self-conscious, and come out completely changed, body, soul, and mind.

Parents are often surprised at how their sons and daughters have changed in such a short time. Gone is the child that enlisted, being replaced by a stronger, disciplined man or woman. The uniform is spotless and every crease perfect. The shoes are highly polished almost glowing. The hat is snow white and pulled forward. The child is gone and now in his/her place stands a Marine! The pride of their accomplishment is easily read on their young faces. Your son or daughter is now, "One of the few, the proud."

The new Marines are now part of something much bigger than themselves. In those short months, they have incorporated the 'spirit' of the Marine Corps into their hearts. The history, the team spirit and values that have been part of the Corps for 200 years can be identified in the demeanor of these new soldiers. Those values - honor, bravery, duty, honesty, commitment, respect, and strong discipline are now part of their being.

I know someone that took a tour of the Marine Corps Museum, which is located in San Diego. If accompanied by a Marine, most will give you a 'tour' describing the exhibits. What is so amazing is in how they identify with the historical events portrayed in these exhibits. My friend is about 30 years old, but I recall what he said. The Marine, about the same age as my friend, said that when this young man walked up with him to the Iwo Jima, WWII exhibit, which occurred in 1945, he said something like this, "And this is when WE charged up the hill on Iwo Jima and planted the U.S. flag." "This is when WE held off the Viet Cong when they attacked the U.S. Embassy during the Fall of Saigon in 1968."

We?...what is this 'we' stuff? This marine was not old enough to be in any of these wars. He wasn't even born yet when World War II was happening! The sense of identity incorporated into this young Marine during boot camp was so deep, that he was speaking and behaving like he had a part in making the Marine Corps what it is. Participating in the history of the Corps! Another slogan of our Marine Corps is "Once a Marine, always a Marine." To the Marines, this is not really a slogan, but a way of life and a lifetime commitment to the Corps.

Three months in basic training did this. Our Marine Corps has a great history, with many acts of bravery and dedication to the United States of America. Their loyalty to their fellow marines and this country is astounding! This noble attribute has only been in existence for around 200 years...that is the entire Marine Corps history.

But, what about Christians who claim they are followers of our Lord and Savior, Jesus Christ? Christians have over a 2000 year history, 10 times as long as our Marine Corps! Are Christians as easily identifiable as a Marine soldier? Sadly, I don't think so. Just the way a Marine stands, his demeanor and his face can tell you he is a soldier in a very closely knit organization. But spotting a Christian is much less easy.

I believe that Christians, who are serving the Most High God, the Creator of the universe who reigns over all, should be easily identified as Christians by others and other Christians!

Just like the Marines, Christians should always show the values that Christ wants us to show; love, compassion, humility, and righteousness. These should be obvious in our lives as the traits of bravery and honor are in a Marine's life. We should identify with past saints and servants of God, preserving the Church as the Marines preserve our nation. Our attitudes toward serving Christ should always bring honor and glory to His name. We should be even more committed to the Sovereign of the Universe!

Many say that a Marine can be identified easily even out of uniform. The haircut, posture, stance, and physical conditioning are evident. If 3 months can do that and completely change the heart and mind of a recruit, shouldn't a lifetime or years studying the Bible and praying change a Christian's heart and mind as well? The world should know we are followers of the Living God everywhere we go...at work, play, school, neighborhoods...everywhere! We shouldn't need a Bible or be in church to make ourselves identifiable. We are 'trained' and like the Marine, our Christlikeness should be clear to all.

Alright Christians...we serve the Most High God, the Creator and Ruler of the universe and all things in it. We know the Truth of the Bible and that one day, we will face our Lord and give an account of our deeds on earth. Will God say, "Well done, good and faithful servant?" or will we hang our heads in shame, shed tears when we realize that we came far short in our service to Him? Our entire being should be even more disciplined than those in our Marine Corps. We are defending our God, all that He stands for, and pointing people to the Truth to save their souls! We aren't weak, we are strong! God enables us through the Holy Spirit to tap into His unlimited power! We can't fail! We have won the Victory already and it should show in our lives!  The best is yet to come!  Let's show the world by our actions, words, and appearance. Show everyone we serve the Living God who loves us completely and was willing to die for us!

King David said this many centuries ago, "Thy word I have hid in mine heart, that I might not sin against Thee." (Psalm 119:11) Our 'core' spiritual values should be deeply embedded, even more so that the values embedded in our Marines. Our values should influence all that we do and say. That way, we will stand out as people whose way of life loudly proclaims - Once a Christian, Always His!!! Semper Fi!  Always Faithful! 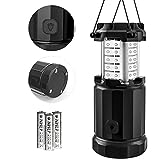