Christianity in India had been in existence much before it reached the shores of countries like England and other European countries. In fact the objective of Vasco Da Gama was to not only to find a new spice route but also to establish contact with ancient Indian Christians.

One view of the origin of Indian Christianity was that St. Thomas the apostle came to India during the 1st century AD and had converted many in the south of India, particularly the states of Kerala and Tamil nadu. There are in fact two traditions named COROMANDAL and MALABAR tradition. The Coromandal tradition is supposed to be the oldest and centers on the place Mylapore which is in Chennai (formerly known as MADRAS). In fact The San Thome Cathedral there contains the tomb of St. Thomas which the Venetian explorer Marco Polo is supposed to have visited in AD 1295. However the later Malabar tradition has many ardent supporters. In this tradition, St.Thomas's name is associated with certain specific places and ancient families. St. Thomas was supposed to have visited places like Palaiyur, Parur, Kokkamangalam and Niranam and had conferred priesthood to members of certain families in Malabar.

There is also the view that it was the Syrian merchants and Nestorian missionaries of the Persian church who brought Christianity to India in the 7th century AD Many East Syrian Christians had migrated and one group amongst them is associated with Thomas of Cana (4th Century AD). But the fact is that the Saint Thomas Christians of Kerala have different strains within their fold. One was the Syriac Jewish Christians known as Knanayas who have strong Jewish ties and the strong link that they had with Syria and Persia. In fact Syriac Christianity is referred to as the Eastern Orthodox Church. In fact it was this which prompted the Portuguese and other western missionaries to accuse the Saint Thomas Christians of succumbing to Nestorian heresy.

Early Christians like the Jews had the support of Hindu rulers and had experienced no persecution as it had happened to early Christians in the Roman Empire during the first millennium. The seventy two privileges mentioned in the various copper-plate grants and other trading rights granted by the 'Tazhekkattu Sasanam' bear ample testimony to this

This coastal town of Kerala is renowned for various reasons. It was the seat of the ancient Chera Empire and closely linked with the legend of Kannagi in the Tamil classic SILAPPADHIKARAM. It had close trade links with Rome and was known as MUZIRIS and it was here St.Thomas came in the year 52 AD and first preached about Christianity.

This was the place where St.Thomas converted the upper caste Brahmins of Kerala and one of the three churches which continues to exist unscathed by time. The other four have undergone changes. It is located in Chavakkad, Thrissur district, Kerala.

Located in Chennai the state capital of Tamil Nadu, it is here the mortal remains of St. Thomas is buried after he attained martyrdom in St. Thomas Mount located nearby. Believed to have been built by the apostle himself, it rebuilt in 1523 and raised to the status of a minor Basilica by Pope Pius XII on 16th March 1956. 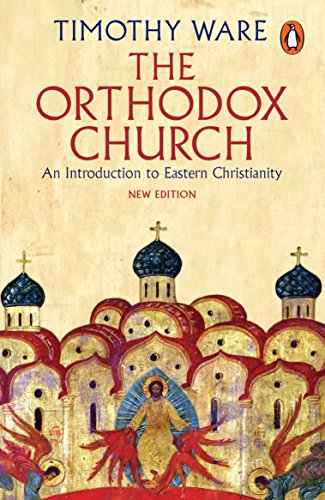 The Orthodox Church: An Introduction to Eastern Christianity
Buy Now