There are people in the world today that can kill with lightening bolts from their fingers. The condition is rare and varies wildly in its severity but enough cases have been documented to make their existence indisputable.

Everybody can do it to a limited degree. On a warm, windy day, stand and shuffle your shoes briskly on an acrylic carpet – then touch a metal object. You’ll hear, feel and may even see a spark.

For reasons still unclear, certain individuals can store not only sparks, but also large amounts of electricity in their bodies, discharging it with consequences ranging from humorous to extremely dangerous.

Sally Wallbank of Lancashire in the UK, can power a light bulb with her hands. But she’d gladly give up her amusing party trick to be rid of a condition which has:

♦ Wiped her mortgage record from the bank’s computer when she went to complain about their fees.

♦ Caused a cash register to charge two-thousand-dollars for a lettuce.

♦ Stopped every car she has travelled in due to electrical systems failure.

♦ Caused both her husband and herself to scream in pain as they were severely zapped while making love.

Sally’s condition gets worse when she is annoyed – or aroused. Soaking her hands in water brings some relief.

♦ Two sisters in the UK glow and discharge lightening the size and shape of tennis balls whenever they sit together. They also enjoy shooting their younger sister – who doesn’t have the same ability - with lightening balls.

♦ Pauline Shaw in London has destroyed every appliance in her house – but her specialty is light-bulbs. Whenever she walks beneath one – be it on or off – it instantly explodes.

♦ And in 1980, at the age of twenty-two, Cheshire woman Jacqueline Priestman, suddenly noticed she was changing the channels on her TV set without touching it. Sparks would leap from electrical sockets when she went to use them and walking outdoors became fraught with peril. Whenever Jacqueline touched something made of metal, she’d get an electric shock.

By 1984, Jacqueline had wrecked more than twenty-four vacuum cleaners and local service-men were refusing to visit her home.

Dr. Michael Shallis, an Oxford University scientist who studied Jacqueline, discovered she had more than ten-times the normal level of static electricity bottled up inside her – and it was actually capable of transmitting small lightening bolts.

Curiously, Jacqueline’s problems were solved by a change of diet. As soon as she began to eat large quantities of green vegetables, the effects of her supercharged condition drained away.

There have been no recorded instances of electrically-charged people killing others – but it isn’t hard to imagine it occurring. Young children or the elderly – especially those fitted with pacemakers – could be vulnerable.

Little research into this bizarre condition has been conducted. Presently, it’s not even known why women are affected more than men.

It appears mainstream scientists shy away from the subject because of the supernatural element and its implications.

But if you look at the way electricity is naturally used by animals other than man – the electric eel for example – the real explanation might be quite simple; perhaps even rational enough for the most conservative academic. 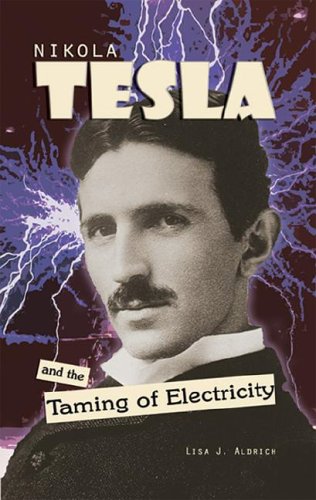 Nikola Tesla And The Taming Of Electricity
Buy Now