There are several references in the Bible to God making things new. Before examining some scriptures that discuss this, I'll pose this question. Why do you suppose God is so big on "New?"

The word new is somewhat hard to define. It could be something that has never been used before. It could mean something fresh. One definition from dictionary.com defines new this way: of a kind now existing or appearing for the first time.

I like this last definition as it applies to a new covenant, a new life, a new creation, and a new birth - all of which we can have through Jesus. 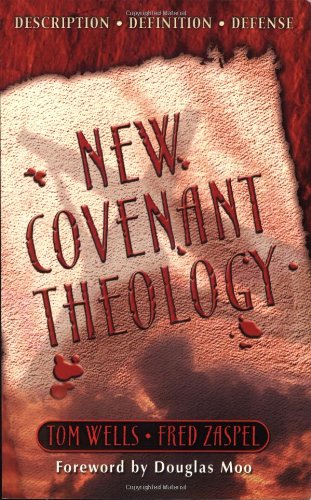 The time is coming, declares the Lord, when I will make a new covenant with the house of Israel and with the house of Judah. It will not be like the covenant I made with their forefathers when I took them by the hand to lead them out of Egypt. Jeremiah 31:31-32a

According to Hebrews 8:7, the reason the old covenant was replaced was:

For if there had been nothing wrong with that first covenant, no place would have been sought for another. But God found fault with the people and said:

It is here in the book of Hebrews that the prophecy from Jeremiah 31 is repeated.

In Hebrews 8:13 it explains further, By calling this covenant "new", he has made the first one obsolete, and what is obsolete and aging will soon disappear.

In this instance, God made a new covenant because He knew it would be better than the old one. According to the definition above, this new covenant, of which Jesus was a part, is of a kind now existing or appearing for the first time.

The Passion of the Christ (Widescreen Edition)
Buy Now

Is it really possible to have a new life, no matter what age you are? YES! Through Jesus and because of the covenant that was made by God, you can have a new life!

Throughout scripture this miraculous phenomenon is sometimes referred to as a new creation or a new birth. The most well-known of these scriptures comes from 2 Corinthians 5:17:

If anyone is in Christ, he is a new creation, the old has gone, the new has come!

Neither circumcision nor uncircumcision means anything, what counts is a new creation. Galatians 6:15

In 1 Peter, this new creation is referred to as a new birth:

Praise be to the God and Father of our Lord Jesus Christ! In his great mercy He has given us new birth into a living hope through the resurrection of Jesus Christ from the dead. 1 Peter 1:3

This new life is also mentioned in Romans:

We were therefore buried with Him through baptism into death in order that, just as Christ was raised from the dead through the glory of the Father, we too may live a new life. Romans 6:4

What does it all mean?

All you have to do is receive Christ as your Savior. Ask Him to forgive all of your sins. Try to understand through His Word how much He loves you and how much he wants to bless you and give you an abundant life. You truly don't have to stay stuck in your old ways, your old way of thinking, or your old filthy habits. With Jesus, your life can be made new!

Although I had gone to church as a child and believed Jesus to be my Savior, I still went through a stage of rebellion. It began when I was 16 years old and finally ended when I was 26.

When I try to describe for people what my former life was like, it is hard for them to fathom. I abused alcohol, used very foul language and had very destructive relationships. My alcohol abuse started at 17 and by the time I was 21 years old I was convicted four times for underage drinking. I was in some pretty terrible relationships at that time as well. I dated one guy for five years off and on and was convinced we were going to get married.

During all this time, I was also struggling with my heart as I had been born with a congenital heart defect. When I was a sophomore in college I went into congestive heart failure. I also had instances where my heart was in serious arrhythmia and doctors had to shock my heart back to a normal rhythm. Something inside me didn't care whether I lived or died.

When I turned 25, something inside me began to change - physically as well as spiritually. I had to have another heart surgery. It seemed when my chest was physically cut open, God had a chance to perform His own surgery.

I felt God begin to tug at my heart. While I wanted to turn back to Him, it was hard to give up my friends and my current lifestyle. After struggling for months, I knew what I had to do. I turned my life over to God and He gave me a new life.

I automatically quit drinking and swearing. I broke up with my boyfriend and moved 1800 miles away. I knew I could not have done any of these things without the Lord giving me the strength to do them. I still praise and thank God for that miraculous time in my life!

Since then, I will honestly say that this new life has not been free from hardships and struggles. But the Bible says we are not to be surprised when such things happen. (1 Peter 4:12). Through the struggles though, I had something I didn't have before. I was able to completely trust God with my life, knowing He was in control. I also gained hope, faith and relationships with people who helped me along the way.

Even in this new life, I still struggle with negative thoughts and other issues I have had. But I know if I continue so serve Him, I will one day be completely free of all bondage and all strongholds. Part of it, I know, is a battle I am fighting with the enemy who strives to steal, kill and destroy (John 10:10). In the end because I am living this new life for Him, I know I will have the final victory and will be living not just a new life but a perfect life when I go to be with Him for an eternity!