The Moon Sign: A Primary Part of Astrology Charts 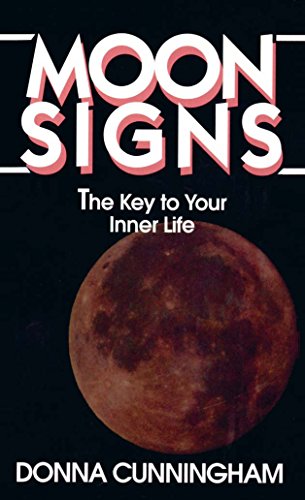 Moon Signs: The Key to Your Inner Life
Buy Now

One of the major players, right alongside the Sun in an astrological natal chart, is the Moon. While the Sun's influence is often recognized by others, the Moon can sometimes be easily seen. This is because the Moon represents the inner (also referred to as hidden) nature of an individual. We look to the Moon Sign to find out what's happening emotionally or subconsciously and many times it can be a key to resolving personal issues in a person or relationship issues between individuals.

Unlike the Sun, which takes around a month to complete its transit through each sign of the zodiac, the Moon spends only 54 hours in each sign. This means that in about 28 days it will have passed through the entire zodiac. So when you're determining your Moon Sign in your natal chart you'll want to know your time of birth in order to get the most accurate placement of the Moon.

Even though you might not find daily newspaper horoscopes given based on Moon Signs, it's certainly handy to know yours if you're looking to do some self-reflection. By studying your Moon Sign you may come to understand some aspects of your own emotional nature which can prove extremely helpful and healthy. Understanding yourself and developing in the direction you want to go is one of the key reasons people study their natal charts. The Moon's role in self-understanding certainly can't be emphasized enough, if you ask me, so that's why it is often considered right up along the Sun Sign in importance when it comes to interpreting a person's natal chart.

What the Moon Represents in Astrology

In Western Astrology, the Moon is tied to many things. Whereas the Sun is associated with fatherhood and the father figure in one's life, the Moon is connected to all things maternal. Depending upon the sign and house that the Moon resides in within a person's natal chart will often describe their relationship to their mother and for women, how they will tend to mother their own children. In fact, astrology (even Chinese astrology) finds the Moon to be strongly tied to all things in the feminine domain. It's thought that this association came about because the length of time it takes the Moon to travel through the zodiac is the same as the length of a typical menstrual cycle. From this came the association of the Moon with both the ovaries and the breasts.

Intuition, or unconscious knowledge, falls into the realm of the Moon, as well. Things we tend to feel, instinctively know or suspect without a seeming reason, those things are the Moon's effect in a natal chart. In the same way that the Moon's gravity effects the tides on Earth, so the Moon is said to hold sway over the personal rhythms and shifts of mood in individuals.

Not surprisingly, the Moon also came to represent the 'inner child' in each of us. More specifically, our emotional vulnerabilities and receptivity. Just as the Sun shows more of who we're aiming to be, the Moon tends to reflect who we were. It connects to memories, especially memories of childhood, the home environment, our mothers and how we were nurtured.

The Moon rules the fourth sign of the zodiac, Cancer, as well.

The Moon in Mythology

The tangles of Greek and Roman mythology are not often easy to navigate, but some things regarding how the Moon was characterized do seem clear. At first, there was Selene, a name related to a Greek word for light. This deity, a goddess, was known as Luna among the Romans. She's been depicted as wearing a half-moon on her head, riding across the sky in a silver chariot pulled by either horses or oxen. Sometimes, they portrayed her in robes, riding either a horse or a bull, with a torch in her hand. Selene or Luna were generally considered to be "the Moon" than merely a goddess from my understanding.

Eventually Artemis, the Greek goddess of the hunt, came to replace Selene as the goddess associated with the Moon. She was the twin sister of Apollo who became associated with the sun, thus showing a relationship between Sun and Moon that the ancients must have recognized. In Roman mythology, Artemis was known as Diana, but had essentially the same features as Artemis. Both goddesses were highly popular in their respective pantheons.

How I View Moon Signs

Many times when I try to guess a person's Sun sign I'll end up guessing their Moon sign, particularly if I've met them via online chatting or over the phone. In many instances I've found the Moon Sign to be far more influential on a person's personality than I recognize their Sun Sign as being. To me, the placement of the Moon in a natal chart plays a huge role in the make-up of the individual. Afterall, our emotional natures are an intrinsic part of what drives us as a person and who we are. Understanding how a person processes their emotions gives me a lot sharper edge because I can grasp what I need to do to convey my own emotions to them clearly. This benefits building and maintaining relationships dramatically!

In my opinion, if you only studied two things in astrology they should be your Sun Sign and your Moon Sign because those two combined give you a much stronger understanding than the definition of the Sun Sign alone. I put a lot of weight into the Moon's influence upon a chart because in my experience it ends up having a lot to do with an individual's happiness. It's hard to have a fulfilling life if you don't understand your own emotions and you'll end up confusing and potentially isolating many people in the process. That's why, to me, there are few things more critical to properly interpreting a natal chart than a solid understanding of the Moon's placement, because that's where the emotional nature lies.

I've also noted that depending upon where the Moon is in it's cycle around Earth, many people experience ups or downs as it waxes Full or wanes back to a New Moon. Not everyone, of course, but enough for me to be able to trust the idea of things being a bit more chaotic during a Full Moon due to the intensity level of emotions being strengthened by stronger energies from the Moon. 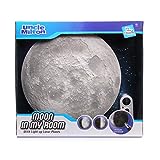 I hope I've offered you some understanding of the Moon's importance in astrology, particularly in a person's natal chart. It's not my intent to tell you how to think or what to believe, I'm merely sharing what I know so please keep that in mind. There are many other great sources of information available to you, especially books. I recommend reading several different books and consulting many different people for their opinions. That way when you'll develop your own personal interpretation of not just the Moon, but astrology as a whole.

Thank you for taking the time to read my page, it's been a pleasure creating it for you. If you like the page I'd certainly appreciate your feedback whether you feel like leaving a comment or simply giving it a Thumbs Up using the button below. I plan to go much further in depth into each Moon Sign, in time and many other astrological topics, too! I encourage you to bookmark this page and come back for updates if you like what you've read.

You're invited to visit my other Astrology Hubs by clicking the links below:

How I Began Astrology