The Sun Sign: A Primary Part of Astrology Charts

Signs of the Zodiac

In Western Astrology the natal chart (the chart made using the date, time and place of a person's birth) is like a picture of the sky at the time of an individual's birth from the location in which they were born. In basic form, it shows the location of the Sun, Moon, Mercury, Venus, Mars, Jupiter, Saturn, Uranus, Neptune and Pluto within the zodiac, astrology's division of the sky. The placement of each of these celestial bodies is said to contribute energies to the person and play a role in the makeup of their personality, physical appearance and more, depending upon whom you ask. You might think of it as a celestial DNA.

The role of the Sun Sign in a chart is often considered to be something of a primary contributor to the chart, just as the Sun's effect on the Earth itself seems to be more significant than that of the moon or other planets. Thus, the Sun has come to be viewed as a main player when it comes to natal charts and it's given alot of weight by quite a few astrologers and students of astrology.

In essence, the Sun represents a person's ego or self expression, overall. This is, of course, a vast generalization. To be more in depth, the Sun can be seen as the soul or life force as it flows through a person, holding great sway over their creativity and how they tend to handle their affairs in life. Anything that stems directly from an individual such as artistic expression, business enterprise or even raising children is seen as influenced by their Sun Sign. You might view it as being connected to things that allow us to shine or radiate our personalities out in to the world around us and that wouldn't be too far off the mark!

The Sun takes approximately a month to travel through each sign of the zodiac, so the chart listed here shows you roughly the dates for each Sun Sign (depending upon leap years). It's important to remember that this is a rough estimation and if your birthday is close to the edges (called cusps) of the signs, then you'll need a more accurate chart (including your time of birth) in order to know for sure which Sun Sign you fall in with.

I'll describe each sign more fully in further articles because this article is intended to focus on the role of the Sun Sign, rather than specific signs of the zodiac.

Western Astrology holds roots in Greek and Roman cultures, as you may already know. Obviously, the Sun is a focal point of life on Earth and in the mythology of Greece and Rome, the Sun was even deified. Apollo, the god of light in both cultures played a prominent role in their mythology. Helios, for the Greeks and Sol, for the Romans played the role of the God of the Sun. It gets a bit confusing since we don't have a solid way of knowing precisely how these ancient cultures viewed what we now consider to be their mythology, but it seems that eventually Apollo and Helios came to be closely related. Sometimes the "sun god" was even called Phoebus (which means shining) and described as riding in a chariot, which is considered to be a metaphor for the sun traveling through the sky, though this seems to be more a Roman tradition than a Greek one.

I've read that in ancient times, when asked "What's your sign?" a person did not reply with their Sun Sign because that was seen as being too personal. Instead they would give their rising sign, which I'll cover later. At any rate, just as the Sun was considered important in both mythology and every day existence, so it came to be viewed in the natal chart. 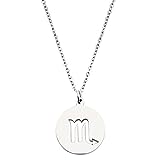 How I View Sun Signs

My approach to astrology tends to be less technical and more intuitive. I place strong importance on the Sun Sign, but it's not what I consider to be the be-all-end-all component of the natal chart. I view astrology to be more of an art than a science, though there are plenty of astrologers who are highly skilled at interpreting charts in impressively rigorous and mathematical ways. In my approach to a chart the Sun gives me a general idea as to the overall theme of a person's nature. When I consider their Sun Sign, I'm thinking to myself how they might go about achieving the personality the intend to be and becoming the individual they feel they're destined to be.

I'm not a fatalist, so I don't hold the Sun Sign to have sway over how a person acts or who they become in life. I see the Sun Sign as an influence, just like any other part of the chart and believe we make choices in how we represent ourselves and which paths we'll take as we go along. I keep in mind that the sun travels through the zodiac, so a person cusping on another sign is likely to share traits with that second sign, too. I view the zodiac as a spectrum, each sign being a color. If a person is squarely in the middle of their sign, they're likely to be more heavily influenced by its energies, in my way of thinking.

I believe we should never feel limited or stereotyped by our Sun Signs. Despite anything we learn from astrology, we always have choice. There's no reason to feel we must act or be a certain way or that we're cursed by any traits a Sun Sign or any other element in our charts speaks of. Following what we feel is key, astrology is only one more tool we have at our disposal in our quests to lead the lives we wish to live!

You've most likely seen sections in your local newspaper that give daily horoscopes, categorized by Sun Sign. It's common throughout the United States and Europe, but many astrologers strongly disagree with the whole idea. They prefer (and even loudly insist upon!) horoscopes being done by taking the entire natal chart into account. They will tell you that Sun Sign astrology is hogwash and that's why so many people end up not finding any use for astrology at all because all they've been exposed to is Sun Sign astrology.

Other astrologers disagree, feeling that the generalized horoscopes and predictions are serviceable to some people at different times and are atleast helpful to those who choose to utilize them. Of course, the battle rages on and there'll likely never be a clear victor because Sun Sign-focused astrology works for some people while it doesn't for others. Once again we come to personal choice - which is always yours! I just wanted to give you an idea of what the schools of thought on Sun Sign-focused astrology are.

Thank you for taking the time to read my writings on the Sun Sign. I hope it's helped to clarify some questions you might have had or perhaps piqued your curiosity, maybe even triggering your own study of astrology.

I have many more pages on astrological topics that I'll be rolling out over time, so please fan this page or maybe even bookmark it if you like what you've read!

You're invited to view my other Astrology Hubs by clicking the links below:

How I Began Astrology