Power Of Prayer : Is It True?

In the Christian world, prayer means a form of communication with God. If we interpret prayer in this context, then we are restricting the real meaning of prayer. For this article, I like to expand the concept of prayer, looking at prayer in a wider perspective giving more scope to its interpretation.

One dictionary definition of prayer is "a spiritual communion with God or an object of worship, as in supplication, thanksgiving, adoration, or confession". "An object of worship" gives it a clean sweep. This means when a person mindfully affirms something in the mind it can be interpreted as a form of "prayer", because it is a "communion with an object". The object may be the mind itself.

So my interpretation of prayer for this article is all-encomposing, so long as there is a form of communication with an object of worship whether that object is God, some gods, some deities, the mind or some spiritual powers. For the purpose of this article, a personal aspiration made inside one's mind, is also within the context of "prayer", thus widening our discussion on the power of prayer. So all of us do pray in our own special ways. Maybe we should use another term for this article. What about "self-reflective communication"? With this universal interpretation of "prayer", the question is "The power of prayer, is it true?".

What Is "Power" Of Prayer

Again we need to define "power" in order to discuss it in this article. With reference to prayer, most people would consider power of prayer to mean that their prayers are answered. This to me is a rather myopic desire for their prayers to be "powerful". Very frankly, who dare claim that every prayer they offered or recited is answered. If "power" of prayer means every prayer answered or granted, then to me prayer has no power. For in real life scenario not all prayers are answered or granted. Some readers may want to refute this. Let it be. This article is not a debate platform, but just for my personal expression and thoughts about "power of prayer" as I interpret it.

My interpretation of "power" for this article "Power Of Prayer" carries a wider meaning. Religion or spirituality aside; everyone engages in purposeful self-thinking, be it praying to God, to some objects of veneration, or even in self-affirmation common in motivation technique. From my definition of "prayer" here, all of us do "pray". We have various reasons and purposes for praying. The more obvious reason to pray is to petition for something; and if that something is granted after praying, it can be taken that, that prayer is effective and powerful. If the petition is not successful, then that prayer is not powerful. This is a very selfish type of prayer, and naïve too. This is the stereo-type concept of prayer. To me, the purpose of prayer is more than that. 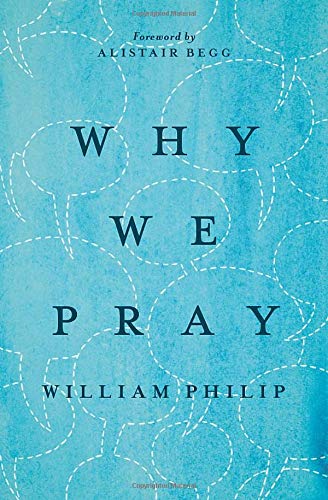 Why We Pray
Buy Now

Let us consider the more inclusive type of prayer. Leave aside those prayers asking for gratification of some selfish desires. Prayers of peace, goodwill and well-being. Prayers of such nature offers psychological benefits because the mental state will focus on peace, goodwill and well-being. The psychological effect is immediate, not waiting for some higher powers to intervene. This is similar to self-affirmations repeated by those who believe in the principles of self-motivation. These are the feel-good prayers which to me are powerful.

My personal experience is that prayer has power. The power of prayer, to me, is not so much of waiting for the intervention of a higher power, but the positive psychological feeling of assurance after one has prayed. In my time of desperation and in sickness, I found that prayers certainly did have an immediate reassuring power over my mind. That is power of prayer for me. This is similar to self-affirmation technique in self-motivation principle. The feeling-good experience that one has after the repeated recitation of the self-affirmation mantra. "Everyday in every way I am feeling happier, healthier and more successful!" This is the mantra I recite first thing in the morning on waking up! The power of prayer!

Whichever angle you may want to look at it, so long as the person benefits from his prayer, that's good enough for me. Some prayed for some selfish gratifications and got them. To them their prayers were indeed powerful. But try getting them to pray for more and wait for their reactions. Most of us pray for consolation of some sort. The past one year I was facing extreme difficulties. One of which was my son's health problem. He has Wegerner's disease. Apart from medical treatments, the only thing I could do was "pray". I am not a Christian, so I don't address my prayers to God. After praying, I felt a sense of peace and reassurance, That to me is power of prayer. I didn't have to wait for some higher powers to come soothe my pain and fear.

In self-motivation technique, repeated self-assertions is a form of prayer. By simply repeating and reminding the mind of certain desires or wishes, they would eventually become realities. This is the famous quote of Napoleon Hill, the American motivation guru: "Anything the mind of man can conceive and believe, it can be achieved."

What About My Opinion

I am a Buddhist, and my belief is influenced by Buddhist teachings. First, prayer must have good intentions. Negative, hateful and vengeful prayers have no place here. The person praying must be sincere and wholesome. People who are insincere and hateful will not have any positive benefit from their prayers. There are two aspects of prayer. The emotional/psychological aspect and the spiritual aspect. The emotional/psychological aspect is obvious. When I pray with sincerity, I can feel an immediate effect on my mind. I feel peace and reassurance. The spiritual aspect is the belief that there are always some kind and good angels around us, although we cannot see them. In Buddhist term, these kind spiritual beings are called "devas". Names and terms are insignificant here. The fact is that there are presence everywhere, certain kindly spiritual beings who may be willing to help us at times. They may not have the power to help us in everything or every time we pray. But at times they do respond to our prayers. With this Buddhist interpretation, one can understand why Buddhists need not have to disagree with the seemingly "different" beliefs as to how prayers are answered.

There is another aspect of Buddhist prayer. We usually recite selected Buddhist verses, in the form of chanting. After the chanting, we make aspiration or petition just like any common prayer.

May I end this article with this famous quotation which is one of my favorites:

"It doesn't matter if a cat is black or white, so long as it catches mice."
Deng Xiaoping