Although Project Blue Book started with the best of intentions in mind, the officials who wanted to do fair investigations of UFO sightings worked against the stigma of skeptics and politics from the beginning.

The Blue Book Project: The Beginning

Headquartered in Ohio at the Wright-Patterson Air Force Base, Project Blue Book started out under the moniker of New Grudge. It had come about when Major General Cabell was informed that he had been lied to by the officers in charge of Project Grudge. Being a fair minded man, Cabell set a sequence of events into action.

The officers in charge of Grudge were discharged or transferred to other duties, and he placed the man who had so passionately taken over the last investigation in charge, Lieutenant Colonel N. R. Rosengarten. Rosengarten relayed responsibility to his partner, Lieutenant Jerry Cummings for a short period of time, but Cummings left the Air Force not long afterwards, so responsibility fell back on Rosengarten.

He then turned to two other trusted officers, Lieutenant Edward Ruppelt and Lieutenant Henry Metscher.

Edward Ruppelt started his career off as a bombardier in WWII and during his service earned a total of 12 honors for his service. Once the war ended, he attended Iowa State College, and earned a bachelors of science in aeronautical engineering.

Not long after graduation, the Korean War flared, and he was again called to duty. This time, however, his unique combination of battle experience in foo fighter infested skies and his science experience made him an ideal candidate to investigate the wildly popular UFO phenomenon.

Once put in charge of what eventually became Blue Book, he straightened up the lax investigational system, and surrounded himself with a crew of like minded individuals. As a result, the information he and his crew gathered was of higher quality than anything his predecessors had come up with.

Thanks to his natural attention to detail and his proficiency in working with a team, he was the best investigative UFO administrator the Air Force ever had. Eventually, he became known as an expert problem solver.

However, he was a somewhat odd choice for such a high clearance, because he wasn’t a career man. Regardless of this somewhat odd fact, he still made strides toward more serious and effective investigative practices. In fact, the popular term today, UFO, was popularized by him in an attempt to clarify that the objects in the skies weren’t always “flying saucers”.

Over the summer of 1952, reports poured in such huge numbers that the CIA felt the need to get involved. In an attempt to quell mass hysteria, they commissioned a crew of researchers from the University of Colorado to study a cross section of reports.

This study was later called the Robertson Panel.

The panel was composed of various physicists, radar experts, and the astronomer J. Hynek, who was then a staunch skeptic, but later became a noted ufologist. After some time, the group determined that the UFO phenomenon wasn’t of import, and that the vast majority of the sightings could be written off as results of earthly causes.

When the CIA received the completed report, they immediately classified it, and didn’t debrief Ruppelt for a period of time. When the meeting was finally carried out, they with held the true results of the report for an unknown reason, and informed him that they would like Blue Book to expand and for the files to be declassified.

Right away, Ruppelt put in a request for more personnel, though he was pulled away from the project, between April and July of 1953. When he finally returned to Project Blue Book, the Korean War came to an end, and he was deactivated from the Air Force.

The request for more staff was never granted, and he was never made aware of the lies the CIA told him. He may not have been aware of the final detrimental effects the Panel’s suggestions for stricter regulation and higher classification of files had on Blue Book.

The Robertson Panel is part of the cause of conspiracy theories surrounding this project, because it remained classified for so long. In 1958, the military provided a group of researchers with a three paragraph summary of the panel’s findings, but it wasn’t until 1966 that the public was made aware of the report. That year, the Saturday Review was allowed to print a nearly complete version of the report in its science section.

The Decline of Blue Book

Once Ruppelt left, his commanding officer, Brigadier General W.M. Garland attempted to get the project transferred to the Air Defense Command late in 1953. Although he was an open minded believer, since he had spotted a UFO at one point himself, he also recognized what the CIA had done and attempted to head off future problems. Unfortunately, his request was denied.

Before Ruppelt left, however, he turned the project over to his most trusted assistant, Airman 1st Class Max Futah, who stayed for a very short time, before he left the Air Force to attend law school.

Upon his departure, Blue Book acted as little more than a file repository. All field investigations had been outsourced to the 4602nd AISS units of Air Defense Command. There were 19 offices which assumed responsibility, but thanks to the effect the Robertson Panel had, the quality of investigation plummeted. Eventually, Blue Book was relegated to the field of public relations.

Gregory dismissed reports and classified them without investigation. Underneath his control, cases which at best could have been things like misidentified comets were listed as such without any investigation.

Major Robert Friend
By the time fair minded and scientifically inclined Major Robert Friend came into power in October of 1958, he had very little to work with and a long history of mishandled investigations to remedy. Although he couldn’t get Blue Book back to the quality that Ruppelt had fostered years before, he was able to make some positive changes.

Friend also had issues with the field investigators to contend with. Hardened skeptic by the name of Harold Watson was granted control over the current investigations themselves. He contacted Dr. Hynek again, and commissioned him to compile a field guide. Its primary focus was to dismiss all claims that couldn’t be considered “common sense”.

Because of this new regulation, field investigators were forced to exclude unique and perhaps useful information from the eye witnesses they interviewed. Despite Friend’s best efforts, he was discouraged by the project when he was transferred away in 1963. 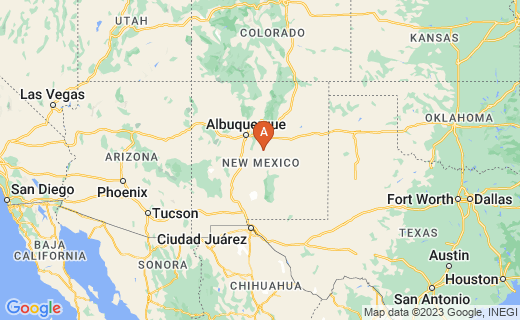 The site of the initial UFO encounter which eventually spurred the Condon Report.

It was during his watch that Police Sergeant Lonnie Zamora had his encounter with a UFO in 1964. Once it hit the news, more reports came pouring in, which prompted the CIA to again intervene.

The Condon Report is what resulted from the CIA’s inquiry into the 59 cases prompted by Zamora’s encounter. Predictably enough, the final result was, again, that there was nothing at all strange about the sightings and suggested that the Air Force stop their investigation into the phenomenon.

Not long after, funding to Blue Book was cut off, and official investigation was stopped in 1969. Blue Book investigated 12,618 reports altogether, and 5% of those remain “unidentified”. 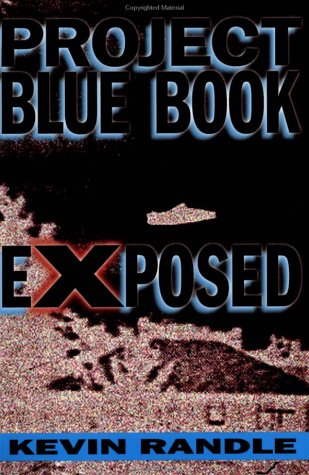 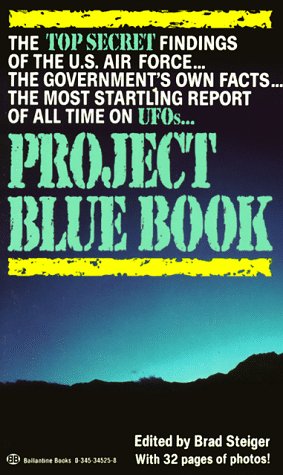