How to Protect Your Family From Alien Abductions

Have You Seen This Guy?

Why You Need Protection

According to various sites on the internet, the number of alien abductions has risen considerably in recent times. There are various theories as to the reason why.

Have You Ever Been Abducted By Aliens?

How to Know if You've Already Been Abducted

In case you're unaware, there is a list of telltale signs that you may have already been abducted. There are at least 58 different symptoms. I have read through the list, and frankly, I'm worried. I have several of the symptoms associated with abduction, many of them most noteable after a night of drinking.

Do any of the following describe you?

This is only a partial list. If you'd like to read further, check out one of the online symptom references. It gives a pretty thorough rundown of things to watch for. Don't forget to keep the kids in mind while you're assessing whether or not aliens have invaded the personal space of your family. Nothing is sacred to these aliens, and they don't mind abducting little, cute children. If you don't believe me, watch Jessie's video.

Are aliens landing in your town?

We've talked about why you need protection and how to tell if you've already experienced an alien abduction. The whole purpose for this hub though, is supposed to be providing a resource that lets you know how to better protect you and your loved ones, so let's get to it.

Believe it or not, it is now possible to purchase Alien Abduction Insurance. It's true, honest! Here, you can read about it on Wikipedia.

My son is also my insurance agent. I called to ask him about alien insurance, but he doesn't sell it and doesn't know of any companies in Canada that do. Guess that means that we Canucks have to buy stateside or in the U.K. Be that as it may, the inconvenience might well be worth it. The Heaven's Gate folks purchased Alien Abduction Insurance. Although it didn't protect them from mass suicide, they left something behind for their loved ones....assuming any insurance company would pay out.

Taking Matters Into Your Own Hands - Be Proactive!

It's reasonable to assume that many folks either can't afford extra insurance in this day and age, or are reluctant to purchase it out of fear of being ridiculed. Often, there is shame and secrecy after a person has toured the mother ship. So, what is a person and their family to do?

Well, there are a number of things for you to try. Some methods involve a little time and money investment, others do not. The following suggestions are just some that I found while researching online. If you know of some jim-dandy ideas that aren't mentioned here, please share.

Action Steps When Being Abducted

An Ounce of Prevention

Come on folks, just because you're fighting off alien abductions, it doesn't mean that you can't look your best. There are fashionable ways to protect yourself, so no excuses!

If you like to keep things natural, you may want to use a Native American method of warding off beings from another planet. Dress in deerskin, feathers, anything that makes you resemble an animal. The idea is that aliens will bypass you in their search for humans. The kids will love playing dressup, and you'll all be protected. It's fun for the whole family!

You say your situation is a little more dire than that? The aliens are talking to you and trying to take control of your mind? No worries! A seriously brilliant man by the name of Michael Menkin has developed the Thought Screen Helmet. It's a DIY project that involves about 4 hours of work, and a bit of money. The whole thing costs around $35 U.S.D. if you buy Velostat by the yard. Velostat, by the way, is purchased from Canada. Yeah, that's right, we know a good investment when we see one. If you'd like to see how stylin' this hat is, and get step-by-step instructions, visit the Stop Alien Abductions website. 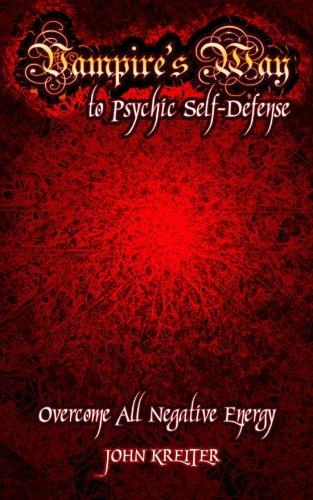 A big thanks to ProCW for requesting this hub!

Some more sites that offer more information on how to resist and/or stop alien abduction:

Although I didn't touch on the Men in Black, it makes an interesting read so I've included a couple of extra links.

Remember folks, as Mulder used to say, They're Out There . Stay safe, and keep your feet on planet earth.