Ralph Waldo Emerson (1803-1882) was many things, a minister, philosopher, lecturer, writer and poet.  He was central to the American transcendental movement. He set out its basic principles in a small book titled Nature in 1836.

He came to religious views that were radical at the time. All things are connected to God, he thought, so everything is divine. He also came to believe that Jesus was a great man but not God. Some of his beliefs were influenced by German philosophy and Biblical criticism. This formed much of the basis for Transcendentalism. Which was a very popular philosophy at the time, at least among the intellectual class. His father was a Unitarian minister.  Today’s Unitarianism, I think would be pretty similar to his religious views.

Emerson was considered a champion of individualism and critic of societal pressures. Later in life he became  anti slavery. He published dozens of essays and gave more than 1500 lectures.

In 1837 he gave a lecture entitled The American Scholar, which Oliver Wendell Holmes called the Intellectual Declaration of Independence. He had a great respect for his audiences, which earned him the reputation of being one of the great lecturers of his time. His important essays he wrote as lectures and revised later for print.

He was not a formal philosopher but developed a number of subjects on ideas such as individuality, freedom, ability of man to realize almost anything and the relationship of the soul and the surrounding world. It appears to me that he might have been an early version of today’s motivational speakers. His writing style is not the easiest to read but his essays are still an important part of American thinking. Emerson has influenced nearly all-subsequent generations of writers poet and thinkers.

Born in Boston, Massachusetts he was the son of Ruth Haskins and Rev. William Emerson, a conservative Unitarian minister. He was second of five sons who survived to adulthood. His father died of cancer in 1811 just before Ralph’s eighth birthday. He was raised by his mother and other spiritual, intellectual women in the family. According to the American Transcendental Web “..The most powerful personal influence …for years was his intellectual, eccentric, and death obsessed Puritanical aunt, Moody Emerson.”

When he was nine in 1812 he started at the Boston Latin School. At 14, he went to Harvard. College.In his junior year he started a journal and kept a list of books he read. To cover expenses he worked at jobs such as waiter and occasionally teaching working with his uncle in Waltham, Massachusetts. As a senior he was class poet, however his college record was not outstanding and he was in the middle of a class of 59.

After leaving Harvard he made his living as a teacher by assisting his brother William’s school for young women in their mother’s house and took charge of the school when his brother went to Gottingen. After several years Emerson went to Harvard Divinity School.

Emerson was ordained on January 11, 1821, In 1829 he became junior pastor of Boston’s Second Church. He was also chaplain of the Massachusetts legislature and a member of the Boston School committee. His first wife died at age 20 on February 8, 1831.

It was after his wife’s death that he began to disagree with the churches methods. He felt that worship forms were outdated He felt he had to leave the ministry. 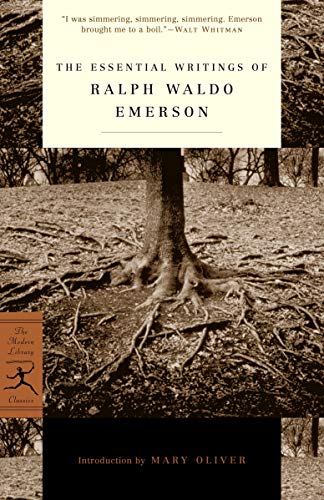 He toured Europe and wrote about it in English Traits in 1857.In Rome he met John Stuart Mill who gave him a letter of recommendation to Thomas Carlyle. In England he met William Wordsworth, Samuel Taylor Coleridge and Thomas Carlyle. Carlyle was an especial influence and they kept a correspondence until Carlyle died in 1881.

In 1835 he married Lydia Jackson, bought a house in Cambridge, Massachusetts. He became a leading citizen and the house is now open to the public as the Ralph Waldo Emerson House.

In 1836 just before publication of Nature he met with Henry Hedge, George Putnam and George Ripley to plan regular meetings with like-minded intellectuals. Thus began the Transcendental Club. In 1837 women attended for the first time when Margaret Fuller was invited as well as Elizabeth Hoar, and Sarah Ripley. Fuller became an important member.

Emerson’s friendship with Henry David Thoreau started in 1837. In 1838 he was invited to Divinity Hall, Harvard Divinity School for the schools graduation address, which became his “Divinity School Address”. He discounted miracles in the Bible and said that while Jesus was a great man he was not God. These comments outraged establishedment and the Protestant community in general. He was called an atheist, a prisoner of young minds. He did not reply to critics. He wasn’t invited back for another thirty years.

In 1841 he published Essays in which “Self-Reliance” was included. His aunt found it to be a “strange medley of atheism and false independence”, according to Wikipedia. However, it did get favorable reviews and started his rise to international fame.

He was anti-slavery but was not immediately active in abolition. He did vote for Lincoln and then was disappointed when Lincoln was more concerned about holding the Union together. He made it clear when the Civil War broke out that he thought slaves should be emancipated immediately. January 31, 1862 he gave a lecture in Washington D.C. calling for the end of slavery. Charles Sumner introduced him to Lincoln and his feelings toward Lincolns mellowed after that.

Emerson was an important figure in American Philosophical and Literary history. Like other religious figures I have written about, I do not endorse his Theological views, but I would not consider him an atheist. .