When Fred Phelps founded the Westboro Baptist Church he had a vision of what this church would do. They have become something amazing, and it is true what they say about publicity, "Even bad publicity is good, because that means people are talking about you." WBC is notorious for what it has done on the news and other media, they are determined and dedicated, and while many people dislike them, I would like to offer them my thanks.

WBC has made it very hard for some people to call themselves Christian. The church website is easy enough to remember, especially if one knows the theology of WBC, www.godhatesfages.com and the home page is quoted saying, "Since 1955, Westburrow Baptist Church has taken forth the precious from the vile, and so is as the mouth of God (Jer. 15:19). In 1991, WBC began conducting peaceful demonstrations opposing the fag lifestyle of soul-damning, nation-destroying filth."

That really defines them to a "T". They protest funerals and other events to get on cameras and other media expressing hateful messages of God hating certain types of people, mainly people that are not like them. They use passages from the bible to prove they are right and others are very, very wrong. They feel they are helping the nation and the world by shoving certain issues in our faces and proving they understand what "shock messaging" is. It is amazing how a church can be so focused on hate, but I offer this simple statement to all of the Westboro people: Thank you.

They picket others to explain their beliefs

I realize many people think that picketing funeral is awful. And there are probably some people who think God should be equal to love and not hate. Quite honestly I am one of those people. I cringe every time I see another picture of God HATES ________. Whatever they fill in the blank, it makes my heart ache. My God does not hate anyone, but still, Westburo has had some pretty amazing and good results, even Godly, but that is more indirect from what other people have done in support of the hurting families.

People have come together to create a living wall between the picket and the funeral proceedings. Others have figured out how to create confusion as to where the funeral is so the picket can never happen. People seem to be nicer, better and more concerned with others during great crisis. WBC has created several smaller crisis and because of them, people are coming out to help people in pain from loss. This is a great mission. Please keep it up!

Where to find them 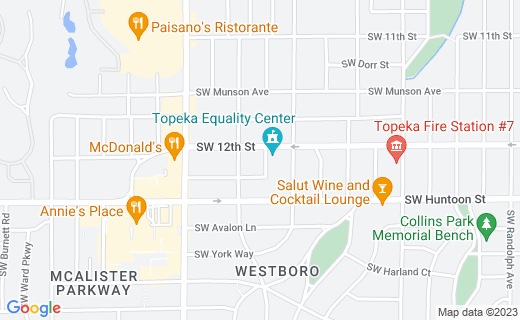 The Bible says this and that, but people know what God's Love really is

I am a Presbyterian minister. I watch the WBC with knots in my stomach, because I try and help people understand that God LOVES everyone. God desires to be in a loving relationship with everyone. I realize there are parts of the Bible that "say" this or that about different types and behaviors of people. Most of the Old Testament is mis-quoted by churches like WBC to prove they are right and others are wrong. They believe in a theology of black and white, or right and wrong. Amongst the problems with this, there is never only one right answer and God can typically work through our sins and wrong doings just as well as our acts of mercy and kindness.

WBC seems to pick some parts of the Bible and ignore others. While Jesus explains many people were told "Love your neighbor and hate your enemy", Jesus continues to tell us, "Love our enemies" (Matthew 5:43-44) and so I turn to WBC and say I love you. I appreciate all that you have done for this country. Because of you, people are questioning their own churches. They want to know if they belong to a church that follows a person or God. They want to know their missions are ones of mercy and grace instead of hate and prejudice. You have done some great work, and I thank you for that. People have gathered together to protect the families from your "protests" and have shown God's love to those who needed it as they dealt with their loved one's death. People have been amazing in how they protect others from each little crisis you create. But if you did not create them, then people would have no reason to come together and support each other. So for that, I thank you.

What do you think Westboro Baptist Church has done for Christianity?

The theology of serving others in distress

In the Gospel of Mark we find the disciples struggling with people healing in the Name of Jesus but not following Jesus like the disciples did. Jesus tells them not to stop them. We often try to stop people from doing horrible or awful actions against others, and for the most part we should. But in the case of WBC, so much good has come out of their theology that we should let them continue their mixed up and confused "missions of truth". While I do not think God hates anyone, I think people have come to understand what church really is with the help of WBC. While they clearly stand for what church is not, here is what church is:

WBC has given America several opportunities to come together and show support to people in pain and suffering. They have created a place where people can do some great good. I thank them for these opportunities, for the chance to prove to anyone that God loves everyone. Thank you, WBC, for the opportunity to serve Jesus in the name of mercy and compassion.

Other Hubs dealing with treating others with love and respect

May we all treat other people as if they are Jesus Christ, not judging them but trying to understand them: http://rev-akins.hubpages.com/hub/The-Celtic-was-to-evangelism-in-a-new-world

We don't all have to be the same to worship the same God: http://rev-akins.hubpages.com/hub/Unity-not-Uniformity

Too often people say something to be rude or hurtful, using the Bible to back up their opinions. This will help people understand the Bible is not a weapon and we are not meant to judge others with our own opinions: http://rev-akins.hubpages.com/hub/The-myth-of-Speaking-the-Truth-in-Love

I thank you Westburo Baptist Church. You have not served God as I would, but I see the greater good God has created because of your actions and protests. I see good men and women coming together in support of others because of you. I hear about people showing love and mercy to allow the Grace God provides everyone. May people continue to serve the God that loves instead of the god that hates(yes, I meant to keep this one lower case). Thank you WBC, for you have created events for people to show God's compassion where it would not be seen so clearly before. You have done a great service to us, and God can work through all things, big and small, good and bad, because God is bigger than all of us. Thank you WBC.

It more recent news, Fred Phelps passed away of natural causes, yet the church continues to protest and follow his understanding of the Bible. It is interesting to note, people have come out during a WBC picket to tell them, "We are not like you" with a sign that says "We are sorry for your loss." This is what people are supposed to say at a funeral. May God help them see love and peace, and may they come to understand God does not hate anyone. Thank you to those that picketed across the street that shows the world what good and loving people are capable of doing.

To see the whole story, please visit:Sorry for your loss