Feminism: To God Be The Glory

I had a rather scathing comment placed on my Hub called Gender Equality-Addressing Feminism Within The Church and Home. One of my more controversial hubs. My reader disagreed with my conviction that God makes every distinction between genders in matters of authority both in the home and in the church. He/she felt that Paul was reading something into the Genesis account that wasn't there when he wrote 1 Corinthians 11:7. The hub, can be found by clicking this link:

Gender Equality- Addressing Feminism Within the Church and Home.

My critic felt that Paul was guilty of blasphemy. Here is some of what my reviewer had to say:

The creation accounts of Genesis in no way supports or demonstrates that Adam had authority over Eve. Such things are traditional belief and not scriptural fact. It's nowhere to be found in the creation accounts. It is religious belief without basis in the original scripture.

Blasphemy is ascribing attributes and glory to another that only belongs to God. I Cor 11:7 is just that! The scriptures state plainly that man AND woman were created in God's image. Woman was NOT created in man's image. God created her in his image too.

Since Eve was created in God's image she too is God's glory. Ascribing her as man's glory is most vainglorious of men and insulting to God. Woman reflects that glory of God NOT the glory of man. Man had NOTHING to do with woman's creation and so deserves no glory for it.

Woman is NOT man's glory. She shares equally in the glory of God as man since both were created in the image of God and given the right to rule the earth, contrary to what Paul said.

Who do you believe Paul or Scripture?

Hmmm? What did Paul say that sparked such harsh criticism? Lets look at 1 Corinthians 11:7-12 together:

Corinthians 11:7-12 A man, in fact, should not cover his head, because he is God's image and glory, but woman is man's glory. For man did not come from woman, but woman came from man; and man was not created for woman, but woman for man. This is why a woman should have [a symbol of] authority on her head: because of the angels. However, in the Lord, woman is not independent of man, and man is not independent of woman. For just as woman came from man, so man comes through woman, and all things come from God.

WOW? Does my opponent have a valid point? Was Paul taking away something from God? Is Paul wrong? If he is, we will need to throw away the majority of the new testament, for this is a common thread through out his writings. I found it interesting that my reader accepted Genesis as scripture but rejects 1 Corinthians 11:7-12. Even so, what was Paul referring to?

For the record, I do not think ill of my reader. I can see how this passage could be misunderstood, I believe he has missed something.

First let me say that I believe all the books of the Holy Bible from Genesis to Revelations are Holy scripture. For me, Paul's words are just as inspired as are Moses's. Therefore I believe both equally. Also I beleive the Genesis account indeed confirms Man's headship over the Woman, which I covered in that Hub. Even so, it is a valid point that, if Paul's writings are inspired he must be making a point here that will in every way agree with the reality clearly stated in Genesis 1:26-27 that both men and women are made in God's Image. Both reflect his Glory.

It is vital that we understand Paul's view that the Husband/Wife relationship represented the God/Humanity relationship. As a wife relates to her husband, humanity must relate to God. The role of the wife represents humanity.

Romans 1: 21- 23 because, although they knew God, they did not glorify Him as God, nor were thankful, but became futile in their thoughts, and their foolish hearts were darkened. 22 Professing to be wise, they became fools, 23 and changed the glory of the incorruptible God into an image made like corruptible man—and birds and four-footed animals and creeping things.

Psalms 103: 15-16 As for man, his days are like grass; As a flower of the field, so he flourishes. For the wind passes over it, and it is gone, and its place remembers it no more.

When we view a man who is submitted to God and honors him willingly through obedience. His loving devotion and submission brings glory to God, and in turn, honors the Man. Through that man we see the reflection of God's love and his sovereign place over the universe. The man shows us God's sovereign and loving nature. I believe a major part of God's glory, even above his unlimited power, is his love for his creation and his sovereign authority over the universe.

I am amazed by the fact that God allows us to serve Him willingly with out force. That He respects us enough to give us a choice. This too shows us the glory of His loving nature. Part of God's glory is the sovereignty of His free will. When a man willingly surrenders his free will back to God he is acknowledging God's glory. His Authority, His sovereignty over mankind. This in turn brings glory to both God and the man. In the same way, when you see a woman lovingly submitted to her husband. It brings the husband glory, in turn, bringing glory to herself. This is what Paul is speaking to in 1 Cor 11:7-12. Humanity's glory, from God's perspective, is their willingness to surrender their free will to Him and serve Him joyfully. There by allowing God's glory to be Humanity's glory.

Men For God and Women For Men.

When you look at a Christian family that adopts this men for God and women for men principle, you see a visible tangible picture of God's kingdom in action here on earth. Indeed, both men and women were made in God's image Both reflect his glory. Paul was not taking away from this truth, nor was he adding to it. He was simply illustrating how it works.

God knew that physical humanity would need a tangible way to relate to a spiritual God. So that we would have a physical example of His heavenly kingdom. This is why he established man's Headship over woman. So that humanity could understand how to relate to Him.

Just as a Husband desires His wife to accept and acknowledge his headship in the home. So too does God desire for humanity to accept and acknowledge his Headship over their lives. Just as a man is honored and glorified by his wife's obedience there by bringing glory and honor to herself. So to is God honored and glorified by our loving obedience. If we glorify God. His glory reflects through us. Bringing us honor and glory before our God.

John 15:6 If anyone does not abide in Me, he is cast out as a branch and is withered; and they gather them and throw them into the fire, and they are burned.

Here is the point I want to really drive home. Our glory does not originate from us. We have no glory at all aside from Christ Jesus. God's glory is not ours to own, but to reflect. Think of a light in the mirror. We are the mirror, God is the light we reflect His glory. The truth is, without God, our glory shines about as bright as a solar powered flashlight.

As in all things, we must not look to glorify our selves. Whether you are a wife or a husband, Let us both look to Glorify God.

Your Brother In Christ 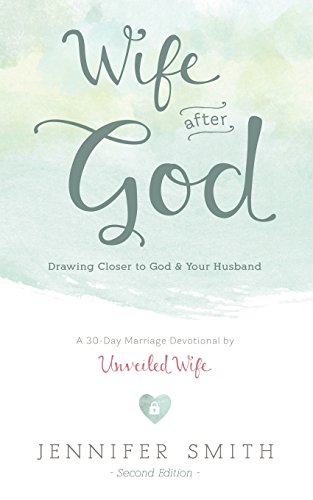