The Great Mystery of the Ark of the Covenant

The Ark of the Covenant

The movie, Raiders of the Lost Ark sparked an interest for many people in finding out what, and where exactly is the Ark of the Covenant. When this movie first came out in theatre's there had been countless people already interested in the lost Ark for thousands of years. Some of us where a little late in the game but this is a mystery that has never been solved. After Jerusalem fell and the Babylonians ransacked the city, where was the Ark? To figure out or at least have some idea of where the Ark of the Covenant ended up. Let us go over what we know about the Ark of the Covenant. Then we may be able to surmise what became of it. To separate fact from fiction, lets go to the beginning.

Ark of the Covenant

Ark of the Covenant

The Lost Ark of the Covenant: Solving the 2,500-Year-Old Mystery of the Fabled Biblical Ark
Buy Now

Accounts of the Ark in the Bible and the Quran.

The Ark is first mentioned in Exodus 25:10-16. According to the Pentateuch (Torah) detailed instructions were commanded by God on how the Ark should be constructed in accordance with Moses’ prophetic vision on Mount Sinai. It was made of Acacia wood and its measurements where put down to its exact specifications. The Ark was overlaid with gold and atop of the Ark were two gold cherubs that stood with their wings covering the area of the Ark known by the name, Mercy Seat. The Ark was to be placed in the Tabernacle in the Holy of Holies, and was considered very sacred. Within the Ark were three items of great significance to the Israelites. One item was the rod of Aaron which God made blossom with flowers to show that Aaron should be in charge of the Priesthood, which is mentioned in Numbers 17. The second item was a golden pot containing manna which God provided for the tribe of Israel during their 40 years of wandering (Exodus 16). For the Israelites the most scared object in the Ark was the two tablets with the inscription of the Ten Commandments given to Moses. One can see why this was an important object to be coveted and cherished by the people who possessed it. For those of the Jewish faith this was more than just an object with supernatural powers it was their way of relating to God. So important that only the high priest would enter the Holy of Holies on Yum Kippur with the blood of a sacrificed lamb. God would appear between the two cherubs and the Israelites would be atoned for their sins. This is a very scared object so it makes one think that it did not "just" disappear. 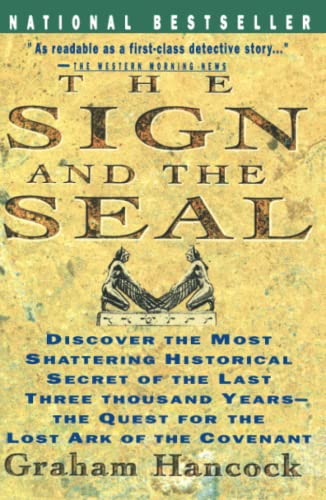 Sign and the Seal: The Quest for the Lost Ark of the Covenant
Buy Now

The Power of the Ark

Did the Ark posses power? According to biblical accounts the Ark was a powerful tool. During the Israelite's exodus from Egypt, the Ark was carried by the priests in advance of the people and their army. When the Ark was carried by the priests into Jordan, water in the river separated, opening a pathway for them to pass. The city of Jericho was taken after the Ark of Covenant was paraded for seven days around its wall by seven priests and the walls of Jericho fell. When carried, the Ark was always wrapped in a veil, in tachash (animal) skins and a blue cloth, and was carefully concealed, even from the eyes of the Cohanim (priest, plural for Cohen) who carried it. The Ark of the Covenant is also mentioned in the Quran. In the Quran it states that the Ark was given back to Saul and Samuel with the belongings of Moses. It held the tablets, manna, Aarons rod, shoes, robes, and was carried by angels. The Ark has special significance in Islam according to Muslim scholars. Many are surprised that it is mentioned in the Quran but then the Ark was powerful and seems fitting that the Muslims would have accounts too.

The Ark was moved around and would be in Shiloh for some time. During the battle with the Philistines it was taken but the Philistines gave it back. The Philistines gave it back because it brought them misfortune and were advised by their diviners to give it back to the Israelite. Time after time those that touched the Ark where smitten by God. The power that the Ark possessed was a reminder that it should be treated with great care. Eventually the Ark was returned to Jerusalem by order of King David. It was after this that Solomon’s Temple was constructed and the Ark would be housed in this temple in the Holy of Holies. 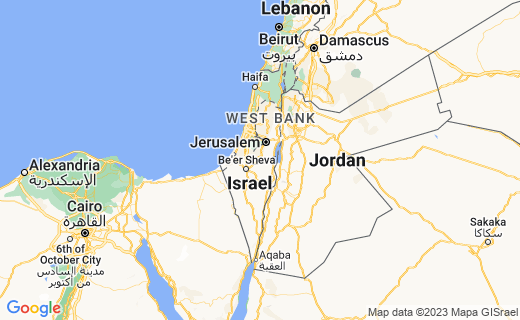 In Jerusalem in 586 BC during the Babylonian invasion the Ark of the Covenant disappeared from the Jewish Temple. Was it hidden in Jerusalem at that time or was it moved before the city was over run? Many historians, theologians, archaeologist, and Ark enthusiast have speculated on this very subject. Some have claimed to have found where the Ark is located and some have claimed that it no longer exists. One thing is for certain if the Ark of the Covenant had been seized in 586 BC somehow, somewhere it would have been talked about and/or written about. There is no ancient text out there that has come to light as to the taking of the Ark by an invading force or anyone else. One theory is that it was taken by Nebuchadnezzar, King of Babylonia or it may have been destroyed. It is know that when the temple was rebuilt it did not house the Ark. The bible states in Revelations 11:19 that it is in the Temple of God, that it resides in heaven.

Ancient Mysteries - The Lost Ark of the Covenant
Buy Now

The Disappearance of the Ark of the Covenant

Since its disappearance, the Ark entered the domain of legend and great speculation on its whereabouts persists to this day. Some scholars believe it to still be in Jerusalem near the Temple Mount but excavations are restricted because of the importance of this area. According to Hebrew tradition it was lowered into a hole where there were tunnels in Solomon’s Temple. It is suggested it may have been carried out after being lowered into the tunnels system that run under the temple. Where it was taken after that seems to run in different directions. Taken to the Dead Sea, Tara mound in Ireland, to Egypt or some other location that no one has thought of.

Another scenario is that it ended up in Ethiopia near the Church of Our Lady Mary of Zion and is guarded by priest. There is a narrative on how the Ark was brought to Ethiopia by Menelik I while a fake Ark was left back at the Temple in Jerusalem. Then there are the Lemba people of South Africa that claim it was hidden by their people in a cave. This was written about by Tudor Parfitt in his book, The Lost Ark of the Covenant. This twenty year quest has led him to believe that the secret of the Ark rest with the Lemba’s. What is even more intriguing is one Lemba family has the genetic marker of the Cohen’s (Cohamin) which bring us right back to the descendants of Aaron. Some say the Knights Templar’s had something to do with the Ark’s whereabouts and had it with them when they returned from the Crusades. Archaeologist Leen Ritmeyer, who has conducted research on the Temple Mount and inside the Dome of the Rock has concluded that it is buried deep inside Temple Mount. Orthodox Rabbi's feel the same way and believe it is in one of the tunnels beneath Temple Mount. Two Rabbi's have even tried digging out one of the tunnels but met opposition from the Muslims and to keep peace sealed the tunnel.

There is much speculation and some are very plausible as to the location of the Ark. What it comes down too though, is that the Ark will not be found until it is ready to be found. That is, if it still exist and given its importance it probably does still exist. Maybe it is in Ethiopia or buried somewhere in Jerusalem. The Ark of the Covenant will go on being a mystical legend until it can be proved to be more than just something of the past with great powers. Then one has to think do we really want it to be found? What would the power of the Ark do in today’s world in the wrong hands? One can just imagine what it would be like while watching, Raiders of the Lost Ark to get an idea. As for Hitler he was obsessed with the occult and the Ark may have been something he sought but there is no proof. It is something that is intriguing and scary at the same time. It may be a mystery that will never be solved. 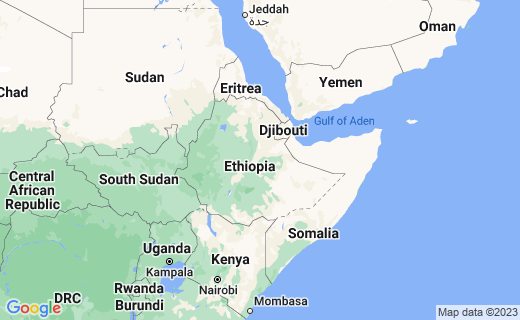 Raiders of the Lost Ark

Indiana Jones Raiders of the Lost ARK
The movie that inspired many to talk and wonder about the Ark of the Covenant. Starring: Harrison Ford
Buy Now