The Holy Bible: an Overview

The name, 'Bible' originally came from the Greek, and then from the Latin, biblia, meaning 'papyrus' or 'paper' and hence 'books.' The Christian Bible is usually divided into two parts, the Old Testament and the New Testament, meaning the old and new covenants that were made between God and man.

The early Scriptures were written by hand on clay, stone tablets, or wood. Later, parchment, or animal skin, or paper, which was first made in egypt from papyrus reeds were used. The writing on parchment or paper was arranged in groups of four columns across long strips of paper or parchment. These strips were then rolled up into scrolls that were curled around at each end. There were no divisions of chapters and verses as we have today and the writers did not use any punctuation. All these things have been added over the centuries to make it easier for us to understand and to help us to find the sections that we want.

In Jesus' time, the Scriptures that they used were hand-written, mostly in Hebrew and copied onto scrolls and these included what we now know as the Old Testament. Put together, they made up twenty-four books. These scrolls were known as the 'Holy Scriptures' and it was not until the Old Testament began to come together as one book that the twenty-four books were arranged a little differently and expanded into thirty-nine books. This came to be known as the Hebrew Bible.

Later still, the twenty-seven books of the New Testament were added to make a total of sixty-six books of the Protestant Bible. Although the common language used by Jesus and His disciples was Aramaic, these books were written in the more formal Greek.

The number of books that different churches included in their Bibles varied according to the church that was using them; they were not all the same and that situation remains today. The Bibles of the Catholics, and this includes Anglican and Episcopal churches, incorporate the Apocrypha, which usually adds eighteen extra books; some of these are brief, but it adds up to eighty-four books. The Ethiopian Orthodox Church Bible has eighty-one books.

The word 'Holy' was not added to the name of 'Bible' until much more recent times, although most of the books that make up the Bible have long been regarded as the inspired word of God.

The final Christian Holy Bible differs for the Catholic, Orthodox and Christian churches. The Protestant Bible omits the Apocrypha and is composed of the Old Testament contained in the Jewish Bible, and the New Testament. The Catholic and Orthodox churches include the Apocrypha, or deuterocanonical books.

Books of the Old Testament

The Books of the Old Testament tell the history - His story - of God's relationship with His people from the creation of the world, their creation and fall, the need for laws and rules, those who broke them, those who encouraged the people to mend their relationship with God and His promise of a coming Messiah.

In the Protestant Bible that many use today the Books have been arranged in the following order:

The Books of the Law:

These books are also known by their Hebrew name, the Tora, and their Greek name, the Pentateuch. it is believed that they were written by Moses. Although they contain the Law and various rules, they also contain sermons, history and family trees. They tell how God redeemed the Israelites from being slaves in Egypt and led them to the land He had promised.

The Books of History:

As well as being the history of Israel, the books of the Former Prophets tell the story of the relationship between God and His people over a period of about eight hundred years. The Writings describe the events in order of time. The books of poetry and songs are known as Wisdom books. They include allegory and parable and deep, useful statements to help on life's journey.

The seventeen books of the prophets include sermons, visions and Jewish history. They cover several centuries from 800 - 300 BC, and extend from the prophets before the exile to during it and well after it. The books of the twelve Minor prophets are shorter but no less important.

Books of the Apocrypha

The Books of the Apocrypha are not always accepted as the inspired word of God but there is much in them that is well worth reading. The word 'Apocrypha' means 'hidden'; the Books are outside the canon. However, most were found in the Greek Old Testament Scriptures, but not in the Hebrew, and as the early church used the more universal Greek, they used these Books along with the rest of Scripture for teaching and preaching.

It was not until the time of Martin Luther that they were omitted from the Bible. These Books were mostly written in the period after the last Old Testament Book and before New Testament times, so they fill a gap and are correctly placed between the two Testaments. The number of books included in the Apocrypha vary with different churches, but they are still used by Catholic and Orthodox churches. 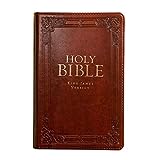 Books of the New Testament

The twenty-seven Books of the New Testament have also been arranged in order. They record the coming of the promised Messiah who is the New Covenant between God and humankind, the birth and growth of the church and the future of humankind.

The History: The Acts of the Apostles

The Epistles, or Letters:

The Apocalypse: The Revelation to John

Translations of the Holy Bible

Today there are numerous translations of the Bible. In English, there are many versions available that can be used for different purposes, for learning, devotion, worship, study and research.

Thanks to the efforts of organizations such as The Bible Society and Wycliffe Bible Translators - and individual mission workers - the Bible has been translated into over 1,500 languages, with about the same number being worked on at present. With the aim of having the Bible in every language of the world, there is still a long way to go as there are an estimated 6,800 languages in use at the moment. Just as, in the days before the invention of printing whole Bibles were so carefully copied by hand with very few mistakes, so the work of translation today is lengthy and much care is taken to be accurate.

Did you know that more Bibles are sold in the world than any other book? The Holy Bible is the perennial World's Best Seller!

I've just heard about this new overview course of the Bible by Ridley College and it looks great. Do have a look: