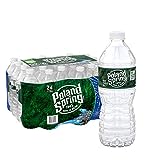 I was standing in a well lit room, full of sunshine. This room was like a sunroom of which 3 sides were windows where the sun was shining in. This room was familiar, almost like the sun room where my mother is staying. I was at peace and it felt good to be in the empty room.

Then I saw a strange phenomenon. I saw the bluest water that I have ever seen in my life, surrounding the room. It only surrounded the 3 glass sides about three meters around. It was like a big blue swimming pool in the form of a “U”.

I braced myself for the room to flood but nothing happened. I could still feel the sun shining on me in this room and nothing had happened to the room, except that it was now surrounded by this blue – blue water on three corners.

I then walked closer to the windows to see why the water was not leaking through because the window frames looked old and was made from steel. It did not seal perfectly and I know that water should be streaming into the room, but it was not. The pressure of so large a volume of water would have shattered the glass, but it did not.

I stood fixed in amazement because something supernatural was happening. I went from window to window and looked for wetness but could find none. Then I saw a small patch of wet cement, as if water had been spilled onto the raw cement. When I looked closer I saw no actual water but I could see some wetness. I could not understand what was happening.

Then a voice told me, open up the window and go in. The windows were large and as big as a man. I went closer and took the handle of the window and slowly opened it, centimeter by centimeter. I was expecting the window to fly open and smash into me, flattening me with a wall of rushing water. Nothing happened and I opened the window as wide as it could go.

I could see the water in front of me, but it did not rush into the room. “What is this”, I asked myself. I had never seen anything like this before. In faith I climbed up onto the window sill and stood upright before the water. In faith I held my breath and stepped into the water, expecting to get wet, but I felt nothing but perfect peace beyond anything I have ever known before. I was amazed because I could breathe normally under this strange blue water. I could see that the water was lit as well as the room I just came from.

I looked up and was totally blown away by the enormity of the place. I could not see the end of the water even though it was clear as glass. I looked to my left as well to my right, and then I slowly looked up and down and could see neither the top nor the bottom. It was as if I was standing in mid air in the middle of this enormous water chamber. I could not grasp the enormity of this place because I saw it from the outside and it seemed so insignificant.

As I stepped forward, I saw hundreds, even thousands of people following me into this strange, weird and wonderful place.

There was peace indescribable and I was looking at everything. I could see an almost earthly sea-scene before me, but this was not of this world. I saw strange and beautiful kind of fish (I do not know how to describe these almost fish), but many, some small and some huge, some colorful and others dull, but could not identify anything resembling our sea life. We lingered a long time exploring this place and I felt as I grew stronger and stronger. Group’s of people examined selections of fish and discovered amazing new truths.

Then we saw a man coming towards us and he said it was time to move on from here and he took us to a place where we could see a door in the wall of water. He opened up a door leading out of this place and the water did not rush out when he opened the door. As I stepped out I awaked. I believe that the next place was even more spectacular than this place but it is not jet time for me to know that.

I know that we step into another room, not the old but a total new dispensation or age. 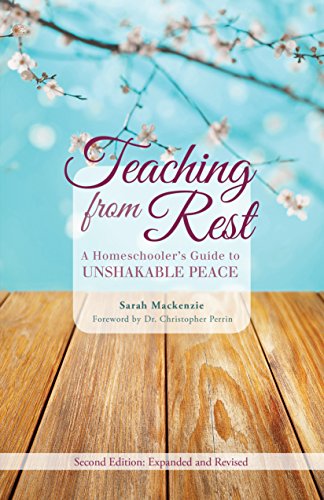 “So what does all this mean?” I prayed God for a revelation

God showed me the following from the dream:

The dream is a new move or spiritual time.

The room is my home or Church. Jesus is the light and sunshine. Everything seems right, but something is lacking. The room was completely empty, only sunshine; showing that Jesus and the Holy Spirit are there.

Then the Lord showed me Revelations 3:17-19: You say, 'I am rich and well off; I have all I need.' But you do not know how miserable and pitiful you are! You are poor, naked, and blind.

I advise you, then, to buy gold from me, pure gold, in order to be rich. Buy also white clothing to dress yourself and cover up your shameful nakedness. Buy also some ointment to put on your eyes, so that you may see. I rebuke and punish all whom I love. Be in earnest, then, and turn from your sins.

3 sides: The Trinity - God the Father, God the Son and God the Holy Spirit, is in this new thing, the fullness of God.

Water is mentioned 719 times in the Bible, less often than God or Jesus, a little less often than heaven or love, but much more often than faith, hope, prayer, or worship. Water is also the Word of God.

The very first image in the Bible we read about is the Spirit of God brooding over the face of the waters. We also read that the very last image in the Bible is the river of life, bright as crystal, flowing from the throne of God in the New Jerusalem, giving eternal life.

The Old Testament contains laws for the use of water in rituals as a symbol of purification. Priests, sacrificial meat, and ritual utensils were washed and were declared clean.

The water was given us from God; Water is also a symbol of the Holy Spirit and the “u” shape shows that the Holy Spirit will surround us with something new and refreshing.

Blue is the colour of God's chosen nation, His temple, heavenly realm, Blue also speaks of healing, prayer, priesthood, authority, God’s revealed grace, Holy Spirit and the truth of the word of God, it also shows redemption, a deeper walk with God, and anointing.

I went from window to window, looking in at what God had in store for us– I went from Church to Church, looking for God’s revelation, but I could not find it.

Steel frames represent jail, like bars in a jail cell. It keeps the people in bondage (law) and the water (grace) out. God showed me that the jail is the Law of Moses that keeps us from entering into

God’s Grace. Condemnation was placed upon the shoulders of the believers, by mixing Grace with law, putting the iron yoke of the law upon believers in place of God’s yoke of Grace. God’s people cannot enter into the Grace because of the iron windows (law – iron yoke) but God has made a way for us to go into His grace.

Steel represents extreme hardness; as of heads or hearts of steel. It also represents hardened hearts that rebel against the reproof and correction of God and his word.

Steel also represents offensive weapons like sword or spear. People are going to resist and fight against the truth and that resistance will keep them in bondage and from entering the truth and the truth from setting us free.

When God opens a window, no one can close it.

Revelations 3:8: I have knowledge of your works see, I have put before you an open door which may be shut by no one, and that you have a little strength, and have kept my word, and have been true to my name.

God has given us an open window so that we can enter into His Domain of Grace.

The wet cement is a small trickle of that that is to come. He has already shown the church His Grace. We just have to accept the fullness of what God has given us.

Step into water, into something totally new, something that was hidden and is now revealed. New Spiritual Revelation, of God’s word and new depths of faith. Only those that enter will get these revelations and be changed to grow in His strength. We must step into this new water with faith, because without faith it is impossible to please God. God also said that we cannot put new wine (this new thing) into old wine bottles (law and church dogma) but we must renew our minds and that we have to unlearn the bondage we have been taught.

Judgment will follow in the house of God for those that stay inside the room, that have not the faith to step out into the water.

God showed me that these strange things that looked like fish were actually Bible truths that were placed into protective coverings and that they were hanging inside God’s Grace for this time and age, to be revealed. God has chosen selected ones to unravel the truths from these lies. He said that while you remain under the law your eyes will be closed to His truths like “Hagar” the bond woman, when she set “Ismail” under the bush to die.

She went and sat not far (she rested in God) from her son (the law) then God opened her eyes and she saw the well next to her, so she took water for her son so he could live, so has God opened His servant’s eyes to see His grace. Rev 3 “If you were rather cold (law only) or if you were rather warm (grace only) says the Lord but now these teachings of devils and mixing law and grace has made you lukewarm, for that; I spew you out of My mouth”.

Go out the door: Then there will come a time that all God’s Word is restored to the true meaning and God will let us go out of this place into a new level of worship and Grace. When we go out, the latter church will be greater than the earlier church.

But this will only happen when the church has come fully under Grace and Truth, with the fullness of God’s time and Grace revealed, then only will the new church be revealed to the world.

The mercy of God!

Do you think that false teachings has crept into our church?