The Difference Between Sports Programs

Having coached and trained ahtletes in a few different sports and fitness activities, I came to dislike some of the events occurring in relation to those activities.

Some people are still disheartened by scandals unearthed among American coaching departments and related music programs, specifically concerning hazing and lurid behaviors. Jerry Sandusky is one case and Jon Waters of Ohio State's TBDBITL is a sad probable-scapegoat.

A growing cadre of parents would like to see high school football eliminated across our nation in light of the fact that concussion is more debilitating long-term to teenagers than to, say, adult NFL people and leagues full of soccer players. Still, many of these players are suffering lasting effects of concussion and some in the NFL are suing for damages. In addition, concussion is now classified as a TBI or Traumatic Brain Injury. It is serious.

My problem with local youth sports organizations in nearby suburbs entailed the phenomenon of youth in grades 1-5 playing football for a semester of the school year and returning to the sports that the others of us coached with unwanted behaviors. A small group of their relatives were disruptive at games as well.

Most of these youngsters had let their grades fall to Ds and Fs and had begun speaking the harshest of obscenities during football training, but apparently, adults ignored all this. The same events occurred yearly, until parents took more interest and more action, stopping those behaviors. The habits thay had picked up are not attractive in a 6- or 8-year-old.

When the Game Stands Tall, by Neil Hayes

When the Game Stands Tall, Special Movie Edition: The Story of the De La Salle Spartans and Football's Longest Winning Streak
A movie by the same name is released August 22, 2014.
Buy Now

5 stars for The Team and the Book

At the same time, one suburb full of Little League and Pee Wee League parents began betting on the games of even their youngest children, ages 4 and 5. If losing a bet, they'd storm the fields, shouting and threatening, some drinking alcohol against the local ordinances. All this is not attractive in anyone. The parents in question were not the worst-acting in the US that year, because the entire Little League in parts of Texas was shut down early for worse behaviors.

As a youth in a dystopian film once said after viewing footage of the Viet Nam combat, "We used to play war with ball games, but war is real." I agree. Even though many sports have a foundation in war, we need not act so much like it.

The facts behind De La Salle High School Spartans Football's seeminginly infinite winning streak of 13 years proved to me that the basics of the games we play and watch can still bring good results - not only in wins, physical strength, and fame, but also in maturity. The world is not ready to eliminate football and may likely never be ready for that sacrifice, but De La Salle High School demonstrated some concepts and results that all sports teams could use. 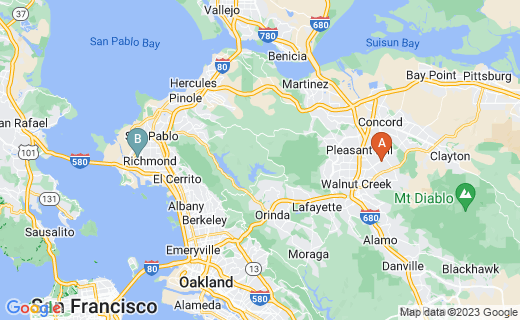 TK was a star on the Spartans' lineup who graduated with high marks and won a full ride football scholarship to a leading Oregon university.

Just two days before leaving from home in the high-crime are called the Iron Triangle for his college career, he was shot to death on a street corner as he was waiting to drive a friend home from a party.

This was one of the tragedies that the Spartans digested together as friends and brothers. Their training and the support of their coaches and families helped them to recover.

Concord's De La Salle High School is a larger success than many in academics and sports, possibly because it is a Roman Catholic all-boys school. Its programs across the board emphasize health relationships, doing one's best, and supporting one's friends in a solid brotherhood.

The unparalleled coach, Bob Ladouceur, required author Neil Hayes to attend football practices and games every day for a year in order to receive permission to write the book about the Spartans. Coach Lad is serious about guiding his team members in the right direction and he demanded the same discipline and commitment from Mr. Hayes that he did of his team and staff.

De La Salle is the only boy's Catholic High School in Contra Coast County near the San Francisco Bay.

The 151-game winning streak accumulated not by the team members' trying to win, but in their committing to do their best in everything that they did in life. Each player wrote out weekly training commitment cards and traded with another player, each holding the other accountable and supporting each other with friendship. The team writes some innovative plays that stun their opponents into confusion as well.

The Spartans practice just as hard as any other football team at the high school or college level, and probably more effectively, for 16 hours a week of more. That amounts to four hours a day during school days and then a football game weekly.

During my days in a high school marching band, we practiced effectively for four hours, five days a week, and performed at the weekly football games at the pre-game show and the intricate half time events. We won nearly every local and state band contest as well, over schools whose bands practiced 40 minutes daily. I know that the most effective training pays off.

Coach Lad (now an assistant, not wishing to retire fully) and Coach Terry Eidson, along with new Head Coach Justin Alumbaugh (a former player) see themselves as teachers. They teach these values:

"Kids respect true humility and that you stand for something more than winning. They'll fight for you and your program if you stand for more than that. It boils down to what you believe in as a person, and I'm talking about how life should be lived and people should be treated."

Spursiing to many people, De La Salle never has posted a sign or banner on campus to celebrate its victories or streaks of success. As Coach Lad says: