Should I go to Disneyland or Disney World? Are they pretty much the same?

As a veteran of both destinations, I sometimes get asked these questions. Disneyland and Disney World are, in fact, quite different. Here's an overview, noting the similarities and differences between the two Happiest Places on Earth.

The original Disneyland theme park in Anaheim, California has been expanded to become a multi-day destination. The area now includes a second theme park, Disney's California Adventure, as well as three Disney-owned hotels, and an entertainment and shopping district. The Disneyland park itself sits on about 85 acres, and the entire Disneyland Resort area covers about 510 acres.

Of course, bigger doesn't necessarily mean better. Each resort has much to offer that the other hasn't. The best way to compare the two is to begin by comparing the Disneyland park to its Florida counterpart, the Magic Kingdom, and then give an overview of what else can be found at each resort.

Walt Disney World's Magic Kingdom is quite similar to the original Disneyland. Both have a fairy tale castle at the center (Sleeping Beauty Castle in California, Cinderella Castle in Florida), surrounded by a series of themed areas, or "lands".

Disneyland also has a few attractions that can be found at Walt Disney World, but in parks other than Magic Kingdom, including Star Tours (a Star Wars-themed motion simulator) and Captain EO (a 3D music movie starring Michael Jackson).

Lands of Disneyland and Magic Kingdom

Moving clockwise, guests encounter the following lands (differences between the parks are noted):

The second theme park at the Disneyland Resort area, Disney's California Adventure, was actually quite a disappointment when it opened in February, 2001. The park didn't have many attractions, and much of what was there was based on off-the-shelf attractions that could be found at any theme park. Disney has since spent over $1 billion upgrading the park, and the efforts have paid off. California Adventure is now a world-class theme park.

Many of the new attractions are proven favorites from Walt Disney World in Florida, including the Twilight Zone Tower of Terror, Muppet Vision 3-D and Toy Story Midway Mania.

Some attractions unique to the California Adventure park include:

One of California Adventure's original attractions, Soarin' Over California (which simulates hang-gliding), proved so popular that a version of that ride, titled simply Soarin', is now at Epcot in Florida.

The Disneyland Resort Area also has three Disney-owned hotels (the original Disneyland Hotel, Disney's Paradise Pier, and Disney's Grand Californian), and a shopping, dining and entertainment district, which can be accessed without purchasing a theme park admission, called the Downtown Disney District.

One unique feature of the Disneyland Resort area is that you can walk from one park to the other, or to anywhere else in the resort area. The area outside the resort is also full of non-Disney hotels and restaurants, many within walking distance.

Walking from one park to another at Disney World, or from your hotel to the theme parks (with a few exceptions) is impossible. Getting from one place to another requires travel by car, bus, monorail or boat. The travel is worth it, as the destinations are magical, but it's something you should be aware of.

Disneyworld's location in Anaheim also means that day trips to other southern California locations, such as the San Diego Zoo or Hollywood, could easily be part of your vacation.

Entire books have been written about planning a Walt Disney World vacation (and for Disneyland, for that matter). I can only give an overview here, but links to sources of more information are included at the end.

Epcot is a merging of 2 ideas - technological innovation and cultural diversity. The park covers 300 acres and is divided into two sections, Future World and World Showcase, both of which are laid out as a series of pavilions resembling a world's fair.

Highlights of Future World include:

World Showcase is made up of 11 pavilions, each containing shops, food, live entertainment, and attractions related to a different nation. Highlights include:

Disney's Hollywood Studios is based on an idealized version of Hollywood in the 1930s and 1940s.

Covering over 500 acres, Disney's Animal Kingdom is Disney's largest theme park. The park features live animals, displayed in their native habitats, and strongly encourages nature conservation. Animal Kingdom has been accredited by the Association of Zoos and Aquariums, meaning it meets AZA's standards for animal management and care.

Highlights of the Animal Kingdom include:

The Rest of the World

The Disney-operated hotels at Disney World have a greater emphasis on theming than those at the Disneyland Resort. The Polynesian, for example, is based on a south seas theme, and the Boardwalk Inn is based on the boardwalk of early 20th century Ocean City, NJ.

So, Disneyland or Disney World?

Hopefully this overview makes your Disney vacation planning a little easier. Here are my final recommendations:

Whichever you choose, you'll have a great vacation! 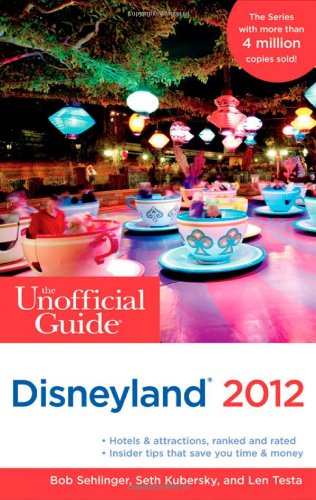