Dohn121 is a freelance writer who currently resides at the foothills of the Shawangunk Mountains of New York's famed Hudson Valley. 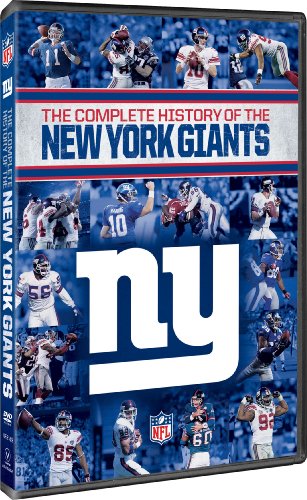 The Complete History of the New York Giants
Buy Now

A while ago, I posted this question on the sports forum here on Hubpages to see what others thought of Eli Manning's exorbitant contract extension and whether or not he truly deserves the king's ransom of 6 years, $97.5 million in which $35 million is guaranteed. If and when Eli does sign this contract, he will be the highest paid NFL player as he will command a total salary of $15.3 million per year. In other words, under his new contract, he will be making a total of $106.9 million over 7 years. As of August 8, 2009 the deal was not yet complete. However, both parties have agreed on the matter at least verbally. Once the deal is finalized, he will be signed through the 2015 season and will cement his role as the Giants premier quarterback.

"He is our franchise quarterback," the New York Giants General Manager said during a press conference on August 5, 2009. "He has done everything we asked him to do. He has come in, taken a lot of flack from you guys (the media) and he just keeps going. He does what we ask of him on the field and he does what we ask him off the field. He is a good football player."

There are some individuals that will no doubt grumble over Eli's new contract extension and will, argue that he doesn't deserve such a lucrative contract and that there are more deserving or better players in the league today that should be making more. Here is my rebuttal, as these are the facts concerning the matter in question:

In my opinion, Eli Manning gives the Giants a bonafide contender under center. With him as their quarterback they have the opportunity and proven ability to get back to the Super Bowl and win another Lombardi Trophy. I have absolutely no doubt that the Giants can repeat as World Champions. Everything is in place for them to do so. If you look at Eli's numbers, he is improving and will only continue to improve with experience.

"Eli is a franchise quarterback and he should be treated as such," says general manager Jerry Reese. "He has had his ups and his downs, sometimes each in the extreme, but he is a fully-grown quarterback and he continues to ascend. He is going to be sensational."

During the first Giants Draft Day Party in 2004 at Giants Stadium in East Rutherford, New Jersey, I was in attendance as Eli Manning walked up to the podium to speak to the throng of excited Giants fans. The current Giants General Manager Ernie Acorsi had just made the blockbuster deal in which the Giants traded away their first pick (fourth overall) quarterback Philip Rivers to the San Diego Chargers for Eli Manning (with the addition of four other compensatory picks in both the 2004 and 2005 NFL Drafts). There was much speculation then about how the Giants gave up the farm to get Eli and whether or not he was worth the huge price tag they paid to acquire him. In closing, Eli voiced to the die-hard fans in attendance exactly what his plan was in becoming a member of the New York Giants: "I going to try to win you guys a Super Bowl..." Boy did he ever.

In conclusion, I'd like to showcase just one more video just in case there's any more doubt...

More of My Hubs