As an eight-year old Little Leaguer, Jason hit 21 home runs. He swatted 20 from the left side and one from the right side.

The players featured in this article are those who performed well in 2021 and who are expected to perform well again in 2022, judging either by production in previous seasons or by assumed development.

Prospects and injured stars are not included unless they played a fair amount in 2021.

Players are listed under their respective teams.

1B Freddie Freeman Freeman is the guy who finished first in front of Soto in runs scored. He gets on base (.393 OBP), he's consistent year after year (11 full seasons), and he can change the outcome of a game with one swing of his big bat.

CF Ben Revere: He led the National League in hits (184) in 2014 and stole 49 bases in 57 chances. He committed a total of six errors in center field the past two full seasons.

SP Cole Hamels: The 31-year old left-handed All-Star has post-season experience and knows how to keep hitters off-balance. He's a trade candidate to competitive teams in either league. Other than his rookie season in 2006, he's never struck out fewer than 150 hitters.

LF Matt Holliday: When Albert Pujols left for the American League's Los Angeles Angels of Anaheim, a weight fell immediately on the shoulders of Matt Holliday. St. Louis fans were happy to learn that he accepted the challenge with a fervor.

C Yadier Molina: Has thrown out 21 of 46 base stealers, allowed four passed balls, and committed only three errors through 92 games in 2012. At the plate, the veteran catcher just seems to get better and better. Over the same time frame, the right-handed hitter had a .315 average with 16 homers and 52 RBI.

3B David Freese: The big, strong youngster is developing into a fine defensive third baseman and a probable future power hitter. Through 96 games, the right-handed hitting Freese had a .313 batting average with 15 homers and 61 RBI. Both his on base percentage (.380) and slugging percentage (.503) are very good for a player who mans the hot corner.

CL Jason Motte: The former minor league catcher has developed into a dominant closer. In 41 games, he'd saved 23 in 27 chances. Opposing batters were managing a weak .193 batting average against him. His WHIP stood at 0.96 over the same time period. 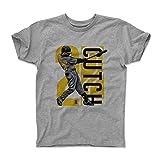 LF Alfonso Soriano: The 36-year old right-handed hitter has been able to keep his slugging percentage at the .500 threshold in 2012. He's on pace to finish with over 30 homers and over 100 RBI.

1B Joey Votto: Entering his eighth full season with Cincinatti, the strong left-handed hitter boasts a career .311 batting average. A nagging left thigh strain kept the native Canadian out of the Reds lineup for much of 2014. Healthy so far this year, Votto was boasting a .721 SLG PCT as of April 24, 2015.

2B Brandon Phillips: The slick fielding infielder hasn't put up the power numbers he did earlier in his career but he's still one of the best hitting infielders in the National League. He had a power fall off in 2014 but he's only one full season and part of another removed from 2013 when he his 18 HR and knocked in 103 runs.

CL Aroldis Chapman: In over four full seasons of major league work, hitters have managed to bat .146 against the Cuban left-hander. Chapman is dominant and still only 27 years old.

SP Johnny Cueto: The ace right-hander had a great year in 2014 but the fiscally minded Reds probably won't be able to keep him under contract after 2015. Rumor has it that the Detroit Tigers, who lost Max Scherzer to free agency, are keeping an eye on the talented young pitcher and they have the prospects to make Cincinatti listen when the trade deadline approaches.

2B Jose Altuve: The diminuitive right-handed hitter put together an All-Star season in 2012. Through 143 games, he posted a .292 average with 34 doubles and 33 stolen bases.

2B Aaron Hill: A power-hitting second baseman is an asset to any team, but Hill stands at the top of those rare few. With a .360 on base percentage and .522 slugging percentage, the stocky right-handed hitter was amazing in 2012. In 757 chances at second base, the capable fielder made only 6 errors (.992 fielding percentage). He also belted 26 homers, 44 doubles, and six triples...good for a .302 batting average. He knocked in 85 RBI.

CL Huston Street: Nearly perfect all season in 2012, the right-handed closer saved 23 in 24 chances. Though missing time due to injury, Street was practically unhittable in 39 innings pitched. Opposing batters managed only a .130 batting average against the veteran stopper!

LF Carlos Gonzalez: .303 BA, 22 HR, 85 RBI. The sweet swinging left-handed hitter put together his third consecutive season of excellence at the plate for the Rockies. He turns 27 on October 17, 2012.

CF Dexter Fowler: The switch-hitting center fielder batted .29 points above his lifetime batting average in 2012. He finished the season with a .300 BA, 13 HR, and 53 RBI.