What is the best way to cap off a perfect day of theme park fun? Fireworks of course! If you like fireworks then you are in for a real treat at Walt Disney World. Normally fireworks are a twice a year treat, reserved only for New Years and the Fourth of July. But, at Walt Disney World this is not the case. During the busy seasons guests can see fireworks every night of the week. Nearly all of the parks have some sort of fireworks display.

Of course, with Disney being Disney these fire works aren't just fireworks. There is a story behind why they are there. Each show is spectacular in its own right.

The Magic Kingdom: SpectorMagic and Wishes

Guests at the Magic Kingdom are lucky enough to get to see not one night show, but two. Walt Disney was a fan of parades. He enjoyed the celebration and feeling of happiness they brought. At the Disney parks there are parades everyday. In addition to the daily afternoon parade the Magic Kingdom is home to a special night parade.

SpectroMagic is the Walt Disney World cousin to the Main Street Electrical Light Parade at Disneyland. SpectroMagic is longer and grander than the Main Street Parade. Favorite characters from classic Disney movies are brought to life with millions of colorful lights. Characters ride along glittering floats or walk along the street showing their sparkling garb. As if the lights weren't enough the entire parade is set to music. Yes, this is yet another soundtrack that will be stuck in your head for months, or even years, to come.

Waiting for the parade often means a long time of staking out the perfect spot along Main Street. As you wait vendors will walk up and down the street to sell balloons, light up toys, and food and drinks. This wait time is great for getting that last snack of the day to tide you over until you get back to your hotel, or even for a nap to ensure that you make it to the fireworks.

After the parade comes the grand finale of the day. Wishes. Trust me this show is worth the wait. Depending on the time of year it could be half an hour to an hour after the parade. The only downside to this show is it is dependent upon the weather. If it is too windy or if there are storms in the area the show will be canceled. Thankfully, though, central Florida has some of the best weather in the country for nightly firework displays.

Wishes is a thirty minute firework display that is not only set to music but has a story. Wishes takes guests through different Disney movies to show themes of friendship, love, and triumph over evil. The fireworks are choreographed beautifully to the music. The show takes place directly behind the castle so the best place to see it is along Main Street or directly in front of the castle. I personally like sitting along the front part of Main Street. That way you get the best view of the castle with the fireworks behind it, and I really like being about to see the silhouette of Main Street when the fireworks light up the sky. Also, this spot has an added bonus: getting out before everyone else after the show.

Wishes is by far the best fireworks show I ave ever seen. With the exception of course, begin the special summer show done in place of Wishes. But, that changes and wishes remains the same. This show is one of the reasons I look forward to trips to Disney World.

Update: 8/26/17 On a sad note Wishes is no more. It has been replaced with Happily Ever After. The show itself is pretty good. If you went to Magic Kingdom in 2015 you might have been able to see the light show on the castle prior to Wishes. Well, that is essentially what Happily Ever After is. It is the same laser projection show on the castle, but this time with fireworks. It is a very good show. But, you need a clear view of the castle to see anything. If you are one of the lucky few that gets a front row seat or if you are short like me then you most likely won't see anything besides the fireworks.

Maybe, if I get a better view I will change my mind but right now I feel that Wishes was the better firework show. I strongly recommend that you get there early to get a good spot without anyone being able to block your view of the castle if you want to get the full effect of Happily Ever After.

Try Buying These Before Your Trip 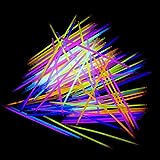 If you are looking for a quick get away after the show try to see it along the side of the lagoon that boarders Future World. That way all you have to do is turn around and walk to the front of the park. Or you can see the show in-between the France and UK pavilions. There is an exit/entrance there that leads the Boardwalk and the Yacht and Beach Club resorts. From these resorts you can get on a bus to either another park, or to Downtown Disney where you can then find your way back to your resort. It sounds complicated, but once you understand how the bus system works it makes perfect sense.

EPCOT is home to my absolute favorite show at Walt Disney World. Illuminations is a combination of fireworks, lasers, water, fire, and music. The show itself can be seen anywhere along the shores of World Showcase Lagoon. Personally, I like to find a place along the countries and enjoy the evening while waiting for the show. It's a perfect way to cap off an afternoon of tasting the different foods and beverages the countries have to offer. (Use caution if you are going to go drinking around the world) Each country has stands and vendors that offer traditional desserts from their homeland. I would recommend giving one a try and watching the crowds of people trying to find a place to sit for the show.

Of all of the soundtrack from all of the rides and shows at Walt Disney World Illuminations is my favorite. Why? Its so catchy, and the melodies are simply beautiful. Illuminations tells the story of the Earth and everything on lives on it. The center point is a giant floating globe. Projectors display moving images on the globe as it spins. The globe opens and is engulfed in flames. This is some of the most amazing effects I've seen during a live show. You can feel the heat from the fire along the entire lagoon.

I'm 99% sure that this show is one of the reasons I love EPCOT so much. I can't imagine going to that park and not ending my day with seeing it. I could do without some of the other shows, but not Illuminations.

Which night show is your favorite?

The Disney Studios park is home to Fantastmic. Fantasmic is a great show, and I do love seeing it. But, it does have one downside. It can only hold a set number of guests. Fantasmic takes place in a special amphitheater off of Sunset Boulevard near the Rockin' Roller Coaster and Tower of Terror.

This show stars Mickey Mouse. This show is the darkest of all the Disney night shows. Larger than life characters take the stage in a show with fire, water, and lasers. Much like wishes this show has a battle of good and evil, with of course good triumphing in the end. Also, like nearly everything Disney does, the soundtrack will stay with you long after you leave.

Disney just revamped this show. Guests can now purchase a special set of ears that will light up at various parts of the show. I haven't had the chance to see it yet, but it is supposed to be really cool.

There is now also a Star Wars themed show that take places near the center stage section of the park (its at the end of the super long walkway when you first enter the park, you can't miss it). I have yet to see it so, I can't make any comments on it. But, I do hope to be able to catch it on my next Disney trip.

What About Animal Kingdom?

Disney's Animal Kingdom has recently added a night show called Rivers of Light. I have not seen it yet. On my last trip I had mainly gone to see Pandora and Rivers of Light. But, we got rained out and my mom and I did not stay for the show. She had seen it the night before I arrived and she said it was not as good as what she was expecting. I think it is most likely because we had been expecting it to be something like the World of Color at California Adventure.

It is still high on my list for my next trip and I hope to be able to report back after I have seen it. Disney spent a lot of time putting this show together and I don't think Disney would have released it if it was subpar.

Fantasmic! Glow With the Show

Are There Night Shows at the Other Disney Parks?

There are night shows at all of the other Disney parks around the world. One of the newest is at California Adventure, and it is worth a trip in itself. I strongly suggest that if you find yourself at any Disney park that you take full advantage of everything it has to offer, including the night time entertainment. No one does fireworks better than Disney. It is as simple as that.