Why a No Ride Day?

Listen, we all have reasons for not wanting to ride rides at theme parks. Maybe you have a child in your group that is too small for most of the rides. Maybe you suffer from motion sickness and taking that one spin on Dinosaur will ruin you for the rest of the day. Perhaps you are pregnant or have another medical reason for not being able to ride. Or maybe you just don't like thrill rides. And you know what. All of that is perfectly fine. There is nothing wrong with going to Disney and not riding the rides.

If you find yourself at Disney's Animal Kingdom you are in luck! There is so much that you can do without riding a single ride. Are the rides at Animal Kingdom great? Yes, they are like no other rides you will find in any other park around the world. But, they do not make this park amazing.

Where In The World? 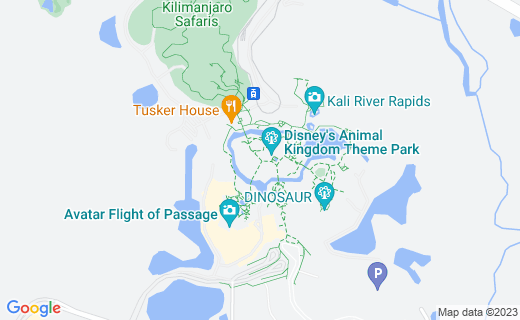 If you have a young child in your group chances are pretty good that they want to meet some of their favorite Disney characters. And who can blame theme? There are a few meet and greet locations around the park. Though, currently there is a fait bit of construction going on at the park and some of the meet and great locations are closed. Trust me when the construction is complete you will have even more to do at the park.

At Animal Kingdom you will be able to find characters that you can't find at the other Disney parks. Like who? Well, I've met Terk from Tarzan. I've taken pictures with Pocahontas and Jimminy Cricket. I've met characters from the Jungle Book. In short if it has to do with movies with exotic animals chances are the characters will be at Animal Kingdom.

You can have the characters sign autographs and take pictures. Though, most if not all, of them will not be able to talk. At Disney only the face characters (like Peter Pan or the Princesses) can talk with guests. What is really nice is the Disney photographers will be able to take pictures of your kids with some of the characters. These pictures will be placed directly onto your photopass and you can view them at the end of your trip.

Lets be real. You most likely came to this park to see the animals. Even the people that are waiting in line to ride Everest probably want to see the animals too. I mean that is kind of the whole point of the park. Disney's Animal Kingdom is one of the leading animal care facilities. They are literally writing the book on training and enrichment with all of their animals. Before Disney took to the field many facilities just did behavioral training or enrichment with their higher thinking animals (like the great apes) and did next to nothing with their other animals. There is a reason why the exhibits at Disney look the way they do. They have been designed so that guests can see the animals but so that the animals can have a feeling of security and hide if they want to. I can honestly say that even though they try so hard to say that they aren't a zoo Animal Kingdom is one of the best zoos that I have ever been to. One more word on the care of the animals. Disney is a member of the AZA (Association of Zoos and Aquariums), this means that Disney provides the best care to its animals and follows very strict guidelines to providing that care. Everything from the grade of food that can be used to how the kitchens are cleaned is regulated by the AZA.

So, what kind of animals can you expect to see? In the Asia section you can find tigers, komodo dragons, and fruit bats. There is a free flying aviary that you can walk through, or you can view this one from the outside if you or someone in your party is not a fan of birds. On the Africa trek you can see gorillas and various hoofed animals. Near Discovery Island you will find kangaroos, spoonbills, anteaters, otters, and many tropical birds. Honestly you could spend an entire day just walking around the park to see all the animals.

There is probably more entertainment here than at any other park. There are stage shows and street performers. You can even find entertainers walking down the pathways and most people don't even notice.

There is Finding Nemo the Musical for those who love the theatre or simply loved the PIXAR movie. A word of warning: the songs will be stuck in your head for the remainder of your trip. There are parts of the show that are dark and loud, which might be a little scary for younger park guests. But, overall the show is truly one of a kind and worth checking out. Festival of the Lion King is another great stage show at Animal Kingdom. Just like with the Finding Nemo musical there are dark and loud parts that could scare small children. But the music and color is just awe-inspiring. if you don't walk out singing you did something wrong.

Flights of Wonder is absolutely amazing. If you are ok with birds flying over your head then you will want to see this show. The show is funny and breathtaking. Of course it fits in perfectly with the message of Animal Kingdom: conversation. The performers will even ask for audience assistance and select a few guests to interact with the birds. Which is absolutely amazing.

The various performers in Africa and Asia. You can hear tribal drums in the Africa section of the park. The energy from the performers was just amazing. The display of culture is fantastic. If you feel so inspired there are drums set up in Africa where you can practice your own musical skills.

Remember when I said that there were performs that people just walk by? Well, there is a woman that is dressed to look like a plant. You heard me. She walks on stilts and moves as slowly as possible. She hold her body in various positions and slowly moves into a new position. If you are just rushing from place to place you will miss her completely. The other thing most people just walk by is the water art. There are artists dressed as custodians that go around the park and create art out of water. Its worth taking a few minutes out of your day to stop and watch.

The world of Pandora is just breathtaking. Currently, there are only two rides there so a lot of the attraction is just how awe-inspiring the decor is. Disney out did it self on this one. It really feels like you are walking around the moon Pandora. The way the real tropical plants from Earth have been incorporated with the plant life from Pandora is seamless. There is even a smell that is unique to the Pandora part of the park. A

At night the entire area comes alive with color. What do I mean? If you saw the movie Avatar you will remember how amazing the scenery was and how everything at night seemed to light up with color. Disney was able to use a little Disney magic and recreate that at the parks. And overall, even if you don't ride anything, Pandora is worth checking out.

Which park would you go to for a no ride day?

Talking with the Cast Members

Just talking with the various cast members from different parts of the world is entertaining and educational. Many of the cast members that work in Africa or Asia are actually from those parts of the world. They are more than willing to talk about what life is like back home. We talked to one gentleman from South Africa for nearly an hour one day. And guess what, he wanted to know what it was like in America. Nearly all of the cast members we talked to told us they wanted to learn more about American culture and see as much of the country as they could before they went back home.

EPCOT is the only other park what has this kind of cultural exchange. The average park guest thinks that everyone from Africa runs from lions on a daily basis. However, from talking with the cast members I found that most of them only saw lions in local zoos, and many of them saw rhinos for the first time at Animal Kingdom. What was funny is they all think that we see grizzly bears on our front porch each morning.

Make sure to wear sunscreen! 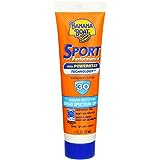 Banana Boat Sport Performance Sunscreen Lotion 30 Spf 1 oz (Pack Of 6)
I keep this in my park bag. I don't like to use the spray sunscreen while I'm at the park. I always feel rude if there are other people near by and I'm spraying myself down. I like this size because it was light and easily fit in my bag. It was great for the occasional touch up in areas where I could feel a burn starting.
Buy Now

What else is there?