Cristiano Ronaldo: The Best Soccer Player In The World

The Best Football Player In The World

Who is the best soccer player in the world right now? Could it be Barcelona and Argentina superstar Lionel Messi, Portugal and Real Madrid’s Cristiano Ronaldo or perhaps England and Manchester United forward Wayne “wazza” Rooney? Or is it fair to call a certain football player the best soccer or football player when others of his caliber and skills are there as well? Whatever your views are and be it fair or not, people and mostly football followers across the world often talk of the term “the best football player in the world” but which footballer fits into this description? This is a question whose answer many passionate football fans around the world will definitely differ on but one thing you have to realize is that the top 5 or 10 probable names are agreed upon. The only point of argument and contention comes from determining and agreeing on who should be placed top of the list of the best soccer players in the world as of now or those who have since retired.

As of now my opinion is that Cristiano Ronaldo is the best soccer player in the world presently as opposed to many people’s views that Messi is a better footballer than Ronaldo. Note that this is my personal opinion as a dedicated soccer lover and follower who eats, drinks, breathes and sleeps football and I therefore stand to be corrected if at all you don’t agree with me on any or all of the judgments I’m making here regarding the best football player in the world right now, Ronaldo and not Messi in this case.

Without further ado here below are my comparisons to determine who between the Portuguese superstar and Argentinean maestro is the best footballer in the world today. If you are looking for the best football players ever click here. 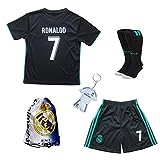 People normally talk of Ronaldo vs Messi in being the best soccer player in the world at present but for me I will go for Cristiano Ronaldo because even though they are both high quality and exceptionally talented football players, Ronaldo seems to have proven himself in the premier league (when he used to play for Manchester united) and again in the Spanish laliga with Real Madrid. He was unstoppable during his six years spell with Manchester United and he became an instant hit when he switched to Real Madrid in a world record transfer fee of $131 million. On the contrary Lionel Messi isn’t tested outside of the Spanish league. What if he played in the premier league, which many soccer fans believe to be more physical and competitive than the Spanish Laliga? Would he do better than he is doing in f.c Barcelona? Or would he become an instant flop? Only time will tell provided that Messi one day plays in the English premier league but for now my assumption is that Cristiano Ronaldo is the best soccer player in the world and that Lionel Messi comes second.

In backing Ronaldo, and not Messi or someone else, to be the best soccer player in the world currently, here is the evidence:

Goals scored on the head

In the battle of goals scored using the head, Cristiano Ronaldo comes on top. Messi scores goals on the head but is not as often and as many as Ronaldo does. This could perhaps be as a result of Messi’s dwarf nature as compared to Cristiano who is a bit taller which means higher chances of the later reaching aerial balls than Messi is capable of. At 1.85 meters, Ronaldo is a sure bet to be more effective in the air than Lionel Messi who is 1.65 meters high.

This is another area Ronaldo betters Lionel Messi even though the gap isn’t that massive. Overall Ronaldo scores a higher percentage of free kicks given to him than Messi who manages less accuracy in finding the back of the net in terms of free kicks taken. Yes, Messi scores free kicks and some of his free kick goals are usually a joy to watch but they tend to be not very far from the goal. Messi’s free kick goals tend to be tricky and tend to be softer as opposed to Ronaldo’s classic curling free kicks that are normally hard for most goal keepers to deal with considering the fact that the ball Is moving at a high speed as a result of strong and forceful shooting.

Messi is trickier on the ball than Ronaldo does but in terms of overall physical prowess the later comes on top. Ronaldo happens to be more physical and strong which means he is rarely intimidated by opposing defenders but the opposite is true for Lionel messi. Ronaldo’s physical imposing nature accompanied by a high level of fitness makes him less likely to be pushed aside by heavy and physical opponents. Messi on the hand is more prone to this as he is short, less imposing and physically smaller than most opposing defenders. Cristiano Ronaldo will therefore win the battle of physical prowess.

who is the best soccer player currently